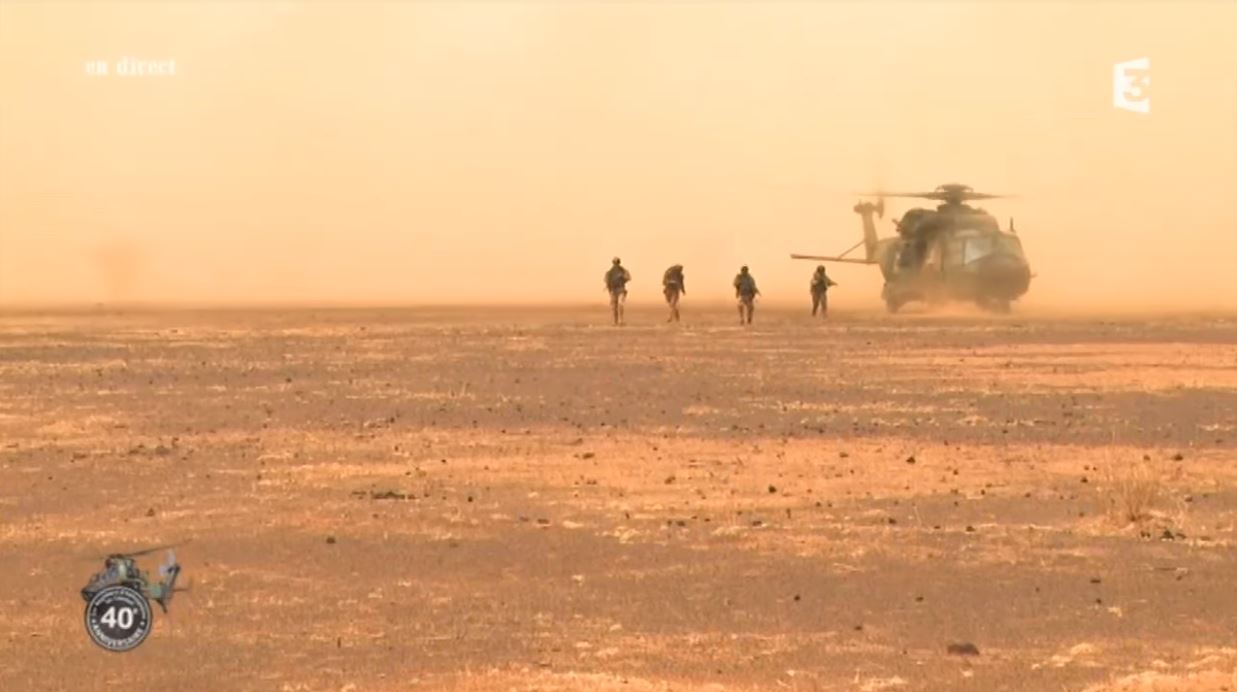 No Exit? A Complicated Situation for the EU in Mali

Four hundred European and Malian troops were sleeping or standing guard at the Koulikoro training center at three in the morning when the two pickup trucks drove up. The driver of the first truck got stuck on a bump outside the camp, but the second truck made it all the way to the entrance and detonated the hundreds of pounds of explosives that it was carrying, opening the way for armed attackers behind. The ensuing skirmish lasted for about an hour. In the end, Malian and Spanish troops were finally able to repel the attack on the training center, with no fatalities among the defenders; but the skirmish left its mark on the camp, as seen by the wrecked cars and doors blown off their hinges around the center.

This act of terrorism is just one of many over the past few years that has continued to destabilize Mali as jihadists exploit local ethnic tensions and enmesh them in a global Islamic ideology. In spite of the EU training mission in the nation aimed at equipping Malian soldiers to train their own forces and check the violence plaguing the country, the jihadist threat does not seem to be waning. The situation has even drawn comparisons with the American involvement in Afghanistan, with seemingly no way for the West to help re-stabilize the country or to withdraw without making the problem worse.

“To the extent that […] it [jihadism] is a useful organizational means of making money or [ …] political attraction, there’s no reason that it will come to an end quickly,” said Dr. Bruce Hall, an associate professor in the History Department at UC Berkeley specializing in West Africa.

While this particular attack took place on February 24, the events leading up to it reach all the way back to 2012. At that time, the Malian military, fearing the government would be unable to deal with the ongoing Tuareg rebellion in the north, led a coup in the capital Bamako and overthrew the government. Tuareg separatists then joined forces with Islamic radicals and declared the north to be an Islamic state.

However, the radical groups soon betrayed the separatists, evicted them from captured cities, and went on to seize most of northern Mali, preparing to go all the way to Bamako. At the beginning of 2013, Mali’s president Dioncounda Traore called on France, the former colonial ruler of Mali, for help in defeating the Islamic radicals. In what Dr. Hall called “the repayment of a blood debt owed to Mali by France because of the tens of thousands of Malians […] who died fighting for France in Europe during the first and second world wars,” France agreed to intervene.

French troops quickly took back the northern part of the country, gaining control of all major cities by the end of January 2013. In an effort to ensure stability in the future, the EU then launched a training mission in Mali that same year to provide “training support for the benefit of the Malian Armed Forces.” France ceded the duty of keeping the north secure to a UN peacekeeping mission thought it has also launched its own Operation Barkhane in close coordination with neighboring African countries to patrol and secure northern towns. Despite the signing of peace accords between rebel groups and the Malian government in 2015, the Malian state has proven unable to govern the entire country even with the help of international intervention, leaving an opening for Islamic jihadism to continue to flourish in the north.

Radical Islam had been taking root in northern Mali since the early 2000s as members of groups like Al-Qaeda moved into the area and ingrained themselves in local communities through intermarriage and economic assistance.

“[Al-Qaeda was] quite well organized and they had connections across the border in Algeria and Libya.” Dr. Hall said. “They also had money that they got from their kidnapping for ransom, which they invested in trucks and other kinds of equipment.”

After the 2012 army coup, the government failed to provide basic needs for its citizens. Radical Islam seemed to offer a spiritual and economic solution to the extreme poverty and sporadic violence in the region. It has been able to serve as a vehicle for the resentment of ethnic groups such as the Tuareg and Arabs in the north, who were not only racially separated from and marginalized by the mostly black south but also involved in conflicts with one another.

“This form of [jihadi] politics and Islamist organization are attractive to some people and quite useful instrumentally in local conflicts,” Dr. Hall said. “The problems are not fundamentally the problems that jihadism or any kind of Islamism is aimed at addressing, but the Islamists provide a different solution to those.”

At the same time, Dr. Hall did point out that the jihadis made sure not to use the language of ethnicity but rather of global Islamism, framing the conflict in terms beyond merely local politics.

Islamic terrorism has made it difficult for the government in Bamako to protect its citizens. Attacks have been frequent, including on foreigners: in 2015 terrorists murdered over 20 guests at a hotel in Bamako and in 2017 gunmen killed five at a tourist resort. According to Jama’at Nasr al-Islam wal Muslimin (JNIM), a Malian terrorist group linked to Al-Qaeda that has claimed responsibility for the recent attack on the Koulikoro compound, its goal is to “remove oppression” and drive out non-Muslim “occupiers,” with France as the main target. The growth of terrorism has been difficult for the EU to combat. Malian soldiers have been accused of human rights violations and attacks on civilians, further pushing Malians into the arms of terrorist groups. And the issue only seems to be worsening. Anthony Guterres, general secretary of the UN, recently stated,

“Despite significant international efforts, the security situation has continued to deteriorate with an increase in the number of terrorist attacks.”

The attack on the Koulikoro training center also demonstrates a new level of organization like that in the Middle East or Afghanistan, indicating greater sophistication among Malian terrorists.

“[It is] hard to know whether Mali will be able to stop [the rise of jihadism] in the medium term,” Dr. Hall said. “It seems to me that the Malian state is, if anything, losing ground.”

Though the situation is dire, it is important not to overstate the level of chaos in Mali. While the inability of Western states to effectively re-establish the Malian state or deal with terrorism in the country may resemble Afghanistan, in general the crisis is still unlikely to escalate to the same levels of violence or cause as much uproar internationally –though of course, given enough time, it can never be ruled out.

“The Malian state didn’t fail in the same way that the Afghan state failed,” stated Dr. Hall. “I don’t think that the implications or anything are on the same scale as Afghanistan.”

In the same way, many of the challenges faced by Mali are not so different from those faced by other developing states. Lack of economic development, political instability, and a poorly trained military allow terrorism to thrive in Mali. If the West is serious about helping Mali, investment in services like public health and education will have to be a part of the solution, both to simply meet the needs of the people and to prevent them from looking to radical alternatives.

The EU, united around the goal of stabilizing Mali, has already made investments in such services. The EU committed to invest €615 million in Mali from 2014 to 2020 in various sectors, including state reform, education, and infrastructure. Between 2011 and 2018 it invested €76 million in food security alone to feed over 600,000 severely undernourished Malian children. Importantly, more than 80% of European humanitarian aid goes to the center and north of the country, providing medical care and nutrition to the people who have been most affected by the violence in Mali.

However, the EU must also be prepared to address the causes of terrorism particular to Mali, namely the ethnic divides among populations, especially in the north. Local Malian ethnic groups, often competing for resources, have been driving the conflict. The 2015 peace agreement had tried to institute democratic reforms and demobilize armed parties, but it has proven difficult to implement. The EU must help Mali build a military that won’t antagonize local populations and put pressure on the Malian government to differentiate among the many competing and overlapping groups in the north rather than treating them as the same. The EU must not lose hope in the face of such a complex situation and be willing to strategically invest in Mali over the long haul.

“There’s no magic bullet here,” said Dr. Hall. “It’s a long-term role and a long-term relationship which encourages improvements in things that will make Mali more economically viable and will improve the standard of living of the people.”