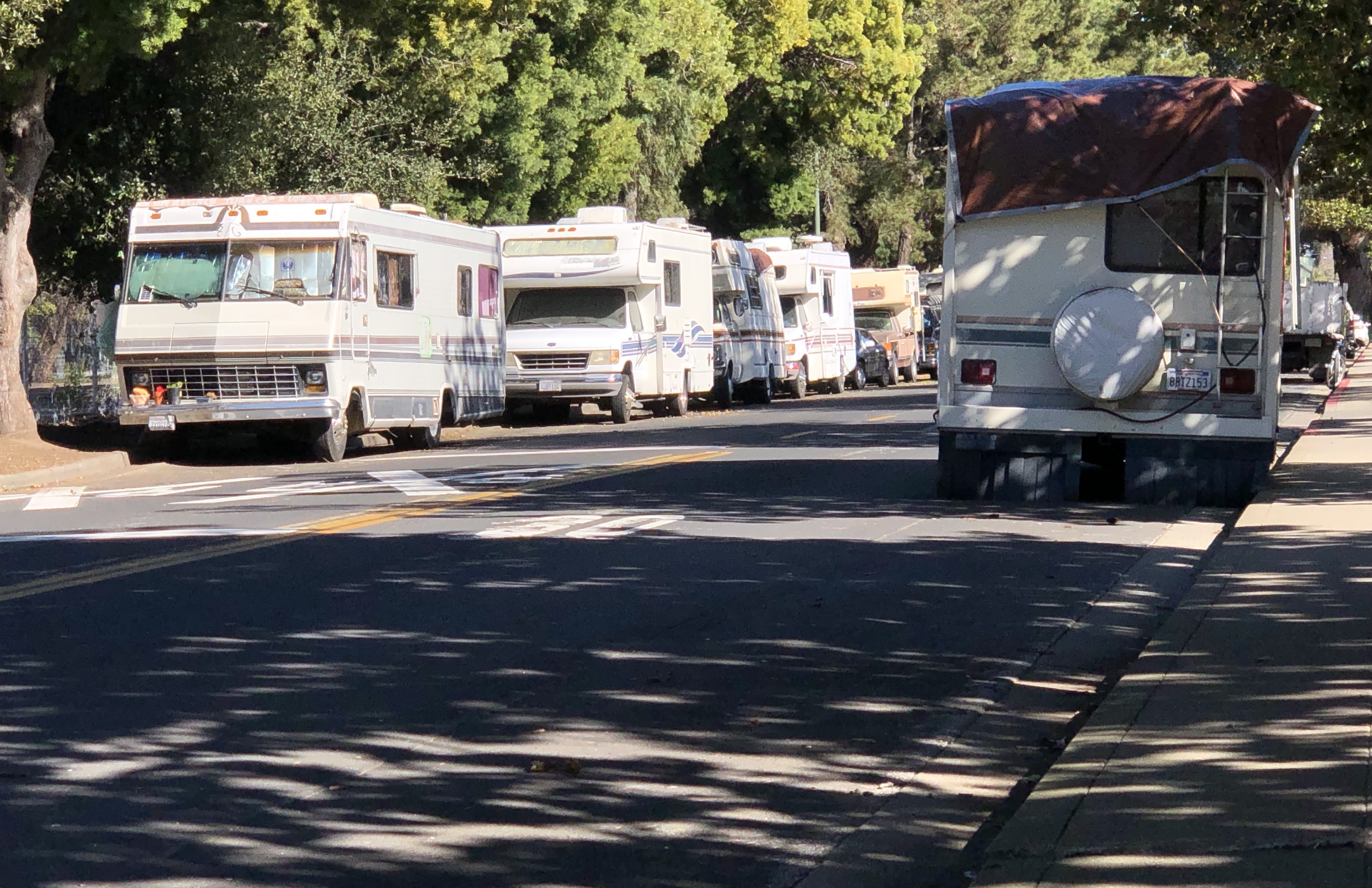 In the Bay Area, one can see the effects of the California housing crisis in the slew of RVs and mobile homes parked on the streets. The residents of these mobile homes are much more resistant to the change offered than expected, indicating the need for different ways to address the issue. The housing crisis across California requires a solution that combines new housing with affordable housing. Around 180,000 new and affordable homes per year would be required to keep up with housing demand and start abating the crisis across the state. Within the Bay Area, renting homes in San Jose requires a minimum salary of $87,000 a year in order to do so comfortably. In East Palo Alto, rent has increased around 26% since 2015 and continues to rise with the high job growth in the area. Median wages don’t come close to affording what is available for rent in these areas, forcing many local low-income workers to find alternative housing situations. Between 2015 and 2017 alone, San Mateo County experienced a 44% growth in its homeless residents living in mobile homes. Santa Clara County reported in 2017 that 8% of its homeless population lived in vehicles and mobile homes. Alongside El Camino Real and its cross streets in Palo Alto, one of the most affluent regions in the Bay Area, around 100 RVs and camping vehicles can be seen at any time, day or night.

The residents of these mobile homes, which include RVs, campers, and cars, have varied reasons for living in a vehicle. In San Francisco, mobile-home residents can be delineated into three categories: first, there are people who are homeless but prefer living in a vehicle to the local shelters; second, there are people who have permanent residences but resort to sleeping in vehicles for convenience purposes (oftentimes referred to as ‘reluctant commuters’ as their homes are several hours outside the Bay Area); third are vulnerable people in need of assistance. Those that do have homes elsewhere are oftentimes nurses, construction workers, and other lower-income employees that are employed in the Bay Area, but who, like  other mobile home residents, cannot afford to live in the locality. Instead of commuting several hours each day to oftentimes physically taxing jobs, these employees choose low-crime areas like Palo Alto to park and sleep in their cars and mobile homes overnight.

Brian Greenberg, a homeless advocate working for LifeMoves in San Mateo and Santa Clara counties, states that around 85% of the families he has helped in the area have employed heads of household. Others simply do not mind the convenience of their current location and do not feel as though the shelters available to them would be a much better alternative. For example, one of the options offered for permanent housing are Single Occupancy Room hotels. Two people currently living in RVs responded in an interview that living in their own private RV is much more appealing than abiding by the restrictions that are attached to SRO living. For example, visitors are not allowed and kitchen/bathroom facilities are shared.

Initially, Bay Area cities responded with citations and parking fines due a rise in complaints from neighborhoods that are heavily impacted with these vehicles. For example, in 2017, Mountain View banned vehicles that were more than six feet high from parking on certain streets, claiming the prevention of traffic hazards. However, parking in general is not illegal for most of these areas. Captain Zach Perron of Palo Alto states that because state law allows for vehicles to be parked for 72 hours in one spot, there is no legal basis for forcing mobile homes from parking wherever may be convenient. Therefore, as long as the vehicle is driven around the block every three days there is no tangible violation for the city to prosecute. Recently, there have been developments towards more long term options, however, all have failed to truly help those who live in mobile homes.

Several cities within the area have started to either transition people out of mobile homes into shelters or set up ‘safe’ parking lots so that these residents are free from violations on the street. Residents in these vehicles have been resistant to moving their cars or mobile homes despite offers from the city and collaborating non-profit organizations to transition to more permanent housing. As aforementioned, the housing options available are viewed as less accommodating than private mobile homes. These parking lots have been implemented in San Diego and were reportedly successful. The Coalition on Homelessness found that it took around four to six months on average to transition people out of the parking lots into permanent housing. However, in regards to ‘safe’ parking, its limitations have included a lack of space to accommodate all the vehicles in the affected areas and oftentimes these vehicles would not meet the standards listed out for qualification into the program. For example, city-owned parking lot or ‘safe harbors’ are limited to residents with “working, licensed, and insured RVs”. This excludes homeless or vulnerable residents who have non-working vehicles or cannot afford insurance or licenses. A survey taken in San Francisco found that 82% of people who live in vehicles in San Francisco are not interested in finding permanent housing.

Cities in the Bay Area are continuing to attempt the creation of safe centers for the vehicles and aid in transitions out of mobile homes and into more permanent ones. In October of last year, the city of East Palo Alto sponsored an off-street parking program. In San Francisco, Mayor London Breed allocated $1 million to set up a ‘triage’ center, a parking lot that is dedicated to vehicle residents so that people can work on transitioning toward more permanent housing. Similar to other cities, this program is being executed while simultaneously pushing the implementation of overnight parking bans in neighborhoods that have been complaining. While the local governments are attempting to address the fact that many people live in such conditions, they do so with the intention to simply remove them from sight.

The director of the San Francisco Department of Homelessness and Supportive Housing, Jeff Kositsky, argues that the parking lots and ‘triage’ centers are only part of the solution. The problem is not disappearing, but growing, as fifteen more cars are camping on the streets each week. Permanent housing solutions should allow for the vast amount of workers in the Bay Area to also be able to live there while effectively earning their living. The housing crisis in the Bay Area has manifested into a population of homeless and working class people living out of mobile homes and RVs. While officials are trying to address the issue in terms of homelessness, the fact of the matter is that income inequality and affordable housing are the real drivers behind the mobile homes that litter the streets of one of the most affluent regions in California.