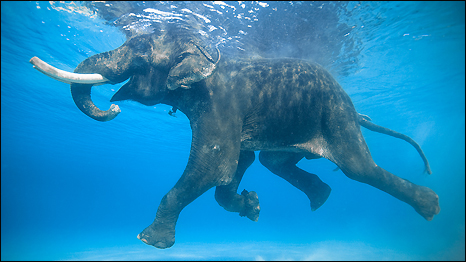 Floundering California Republicans Search for Answers in a Changing State

Since Washington’s presidency, American politics has functioned according to a two-party system. Although Democrats and Republicans wax and wane, compromise, shift positions, and trade viewpoints, the two parties have been among the longest-standing pillars of American political ideology. However, in California, this time may be coming to an end. California Republicans’ power has dwindled to new lows, and the party is currently confronting a future in which they are no longer relevant. Republican representation in the California House caucus has fallen to 7 out of 53 serving members, the lowest since 1971. At home, Democrats currently possess supermajorities in both state legislative bodies. No Republican candidates qualified for the general election in the last two statewide senate races. California’s GOP is quickly acquiring permanent political minority status, and it seems that their downfall will be inevitable without a significant change in the party’s direction and branding.

Although California has been a liberal Democratic stronghold for generations, these are new lows for the state’s Republicans. Republican presence in California has historically been in line with that in other blue states — while Senate seats are inevitably blue, Republicans usually manage to capture a sizable minority of House seats and oftentimes even the governorship, which has produced prominent Republicans like Ronald Reagan and Arnold Schwarzenegger. Even though one particular party has generally always been the minority, California has functioned as a two-party government, including the messy but necessary compromises and political dances that such a political system entails. When Democrats have not had supermajorities in the legislature, Republicans have wielded considerable power by threatening filibuster or voting down bills that require a supermajority to pass (such as the budget, until 2010). So despite consistent Democratic control of the state legislature, Republicans managed to extract important concessions in major bills due to the necessity for compromise. With double Democratic supermajorities, this is no longer possible. Republican governors like Schwarzenegger have forced Democrats to moderate just to get bills signed, and his tenure was marked by acute bipartisan division. After Gavin Newsom’s easy rout of Republican John Cox in the 2018 gubernatorial election, however, the Democratic stranglehold of the statehouse remained. California Republicans’ loss of representation in the House of Representatives is more recent, and could be a temporary downturn, but the increasing political gulf between national Republicans and California residents indicates that Republicans will face difficulties reclaiming their House representation. Republicans also face the new and as-of-yet mostly unmapped difficulty of California’s new jungle primary system, which places all parties together in a single primary, from which the top two vote-getters move to the general election. This new system requires new campaign strategies, increased primary funding, and the possibility to be shut out of major races. The size and number of obstacles to Republicans’ reclamation of power indicate this is not a temporary problem.

Some California republicans would blame their defeat last November on the ineffectualness of their state organization and insidiously effective campaign tactics of Democrats. Shawn Steel, the California representative to the RNC, points to lack of money, organization, and data as the principle causes, maintaining that “the party’s problems have been around longer and run much deeper than any one person…California republicans are completely outmatched.” Steel’s facts are correct. Democrats tripled voter registration rates in some districts and had record numbers of volunteers and donations. Organizations like Swing Left, Indivisible, and ActBlue mobilized tens of thousands of volunteers and funnelled millions of dollars to the most vulnerable Republican districts in the state in a targeted effort to flip the house, with minimal response by the Republicans. However, this explanation stops too short. Steel cannot seem to understand how and why Democratic campaigns were this effective, referring to the election results as “North Korea-style returns…borderline fraudulent,” but this does not answer important questions. Even if Steel’s unsupported claims of fraud were true, they would not explain why Republicans cannot seem to muster any enthusiasm whatsoever from the state’s electorate. Steel either misses or deliberately ignores glaring statistical facts – voters’ disapproval of President Trump and the national Republican party, and the rapidly changing demographics of the state.

California’s marked hostility towards Trump and his policies is probably the strongest single thread in the state’s politics over the last several years. California Democrats now see repudiation of Trump’s policies and ideology as central to their jobs in office, as is obvious from the state’s sanctuary policies and strong defense of those policies in court, and public officials’ near uniform condemnations of Trump. Moreover, this is clearly a winning strategy for Democrats. To the extent that California elections have been a referendum on Trump, Democrats have won, hands down. However, it is unclear whether or not Republicans’ failure on this front is inevitable. Shawn Steel thinks not. Polls and election results indicate otherwise. According to Morning Consult, 63% of Californians disapprove of Trump, the fourth largest percentage in the nation. Underfunded and little-known gubernatorial candidate John Cox ran ahead of seven Republican House candidates, all of who refused to disavow or oppose Trump on major issues, and all of whom aside from Dana Rohrabacher voted for the 2017 Republican tax cut. Every single one was a deeply entrenched Republican candidate with strong support from their party, yet every single one ran behind John Cox, despite his inferior funding, name recognition, and lack of national party support. Cox, however, was not in lockstep with Trump and the national Republican party. Despite a Trump endorsement, Cox focused more on deregulation than immigration and race, deemphasizing one of the key planks of the national Republican platform. Cox lost by over twenty percent, the smallest margin of defeat for any Republican running for statewide office. Perhaps adherence to national Republican stances, particularly supporting Trump, is not a winning strategy for California Republicans. But looking to John Cox’s campaign for answers is like a kindergartener looking to a middle schooler for life advice.

Jim Brulte, the California Republican Party chairman until February 24th, argues that Republicans’ failure to appeal Latinos and Asians, the fastest-growing demographics in California cost them the 2018 elections and will continue to cost them elections. This is clearly true —  California is a majority-minority state, and as the non-Latino white population of the state has dropped to 37%, Republican voter registration has dropped to 25%. The Public Policy Institute of California found that among likely Latino and Asian voters, only 20% and 16% were registered Republicans. Among both groups, disapproval of President Trump is over 65%. Clearly California Republicans have a demographic problem, but Brulte does not propose a solution; it is unclear whether Republicans can fix this problem when they already do so poorly among likely voters, and their national positions are highly racialized. What is also unclear is whether the California GOP can organize enough to find a solution, if one exists.

Republicans debated these issues and others at their state convention February 22-24, revealing significant rifts within the state party, particularly when electing a new party chairman. Ultimately, Republicans chose Jessica Patterson, a Latina and their first female leader, but also a strong ally of House Minority Leader Kevin McCarthy. But this choice was not easy; former assemblyman Travis Allen led a strong opposition campaign from the right, arguing that state Republicans should increase their support for Trump, dismissing the recent poor election results as fraudulent. Allen’s ideas are nonstarters in California, but Patterson’s are not new ideas either. While Patterson would like state Republicans to pivot from national issues and focus on state issues like rising homelessness, increasing housing costs, and high taxes, she and most other state Republicans did not reconsider the state party’s decision to tie themselves to Trump. Doing so might be impossible given Trump’s dominance and power in the national Republican party and among Republicans outside of California, but it remains to be seen whether Republicans can succeed in California with this handicap. Patterson’s platform, which amounts to a reskinning of Cox’s strategy and focus, may not be enough; it is possible Republicans will need to look for new answers.