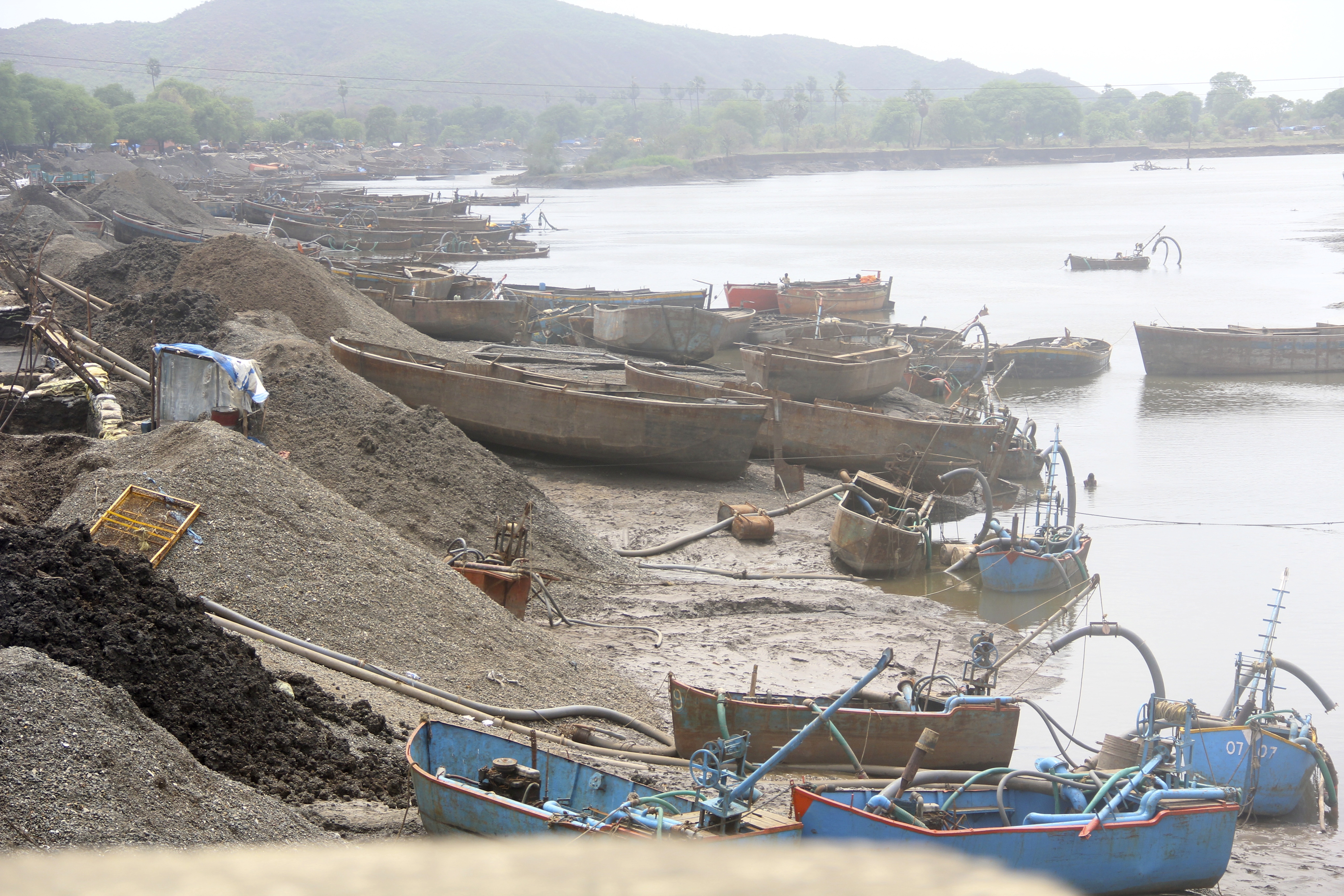 In 2004, Sumaira Abdulali, one of India’s foremost environmental activists, drove to an illegal sand mining site. Upon her arrival, four men, including the son of a local Indian National Congress politician, smashed her side window, dragged her out of the car and beat her in an effort to silence her efforts to stop the illegal sand mafia.

The “sand mafia” is a nationwide collection of miners, construction tycoons, and corrupt politicians that conspire to skirt government regulations in an effort to increase construction margins by limiting the cost of acquiring sand.

Despite its mundane reputation, sand has become a very valuable resource. According to Pascal Peduzzi, Director of GRID-Geneva at the United Nations, “The amount we use [worldwide] every year is enough to construct a wall 27 metres high by 27 metres wide around the equator.” Complicating the supply of sand is that only certain types are useful for construction as some is too fine to mix in concrete. India is one of the main consumers of this special sand due to the country’s tremendous growth in the 21st century: the International Monetary Fund has projected the growth to continue at about 7.3 percent for 2019. This has created a sand supply shortage in India raising prices of sand by 100-150 percent since 2016. This has made sand mining extremely profitable, encouraging people to participate in it. However, sand mining in India requires a special permit from the government that stipulates that miners pay royalties to the government. In an effort to avoid the formalities and the costs of permits, miners just mine the sand illegally then turn around and sell the sand to the construction companies at cheaper prices. India’s strong growth has meant high demand for sand, opening avenues for profitable criminal activity.

The sand mafia has become pervasive throughout India and continues to fortify its position in the construction supply chain as powerful people continue to look the other way. In India, “according to Union Environment Ministry guidelines, sand is considered to be a minor mineral and its mining falls under state jurisdiction” which means that corruption does not need to travel as far up the political ladder then it would if the national government was in charge of its regulation. Because sand is dealt with by state governments, it is easier for the sand mafia to make bribes to corrupt officials all the way to the top of the jurisdiction responsible for regulating their actions. This makes illegal sand mining profitable for everyone involved as miners can get paid for their work and officials can be paid to ignore crimes. As an example, according to one real estate developer, “you pay 6 percent in bribes up front. Then, after the first payment, you pay another 7 percent, half of which goes to the state’s top politicians… The senior manager gets 3 percent, and so on — until the total reached an astonishing 30 percent.” However, the backbone of the sand mafia, the individual miners, are often times local handymen just looking for a job, and “it’s difficult to tell people who have always been able to take sand according to their needs, and who now have seen outsiders come in and derive great profit from it, that sand is, in fact, a critical natural resource that needs to be protected.” The sand mafia has been successfully illegally operating because it has provided positive economic benefits for people with little alternatives and for a lot of people who could potentially stop them.

The sand mafia, despite its economic benefits, is ultimately a violent cartel that has a harmful and potentially tragic impact on both society and the environment. Sumaira Abdulali, the activist who was beaten, is hardly the only victim of the sand mafia’s violence. An ABC news report claims that “those who’ve tried to stop [the sand mafia] have been beaten, maimed and in some cases murdered.” A group of activists outside of New Delhi organized a protest in 2012 to block the road that a local sand mining crew used to ship the sand from a river bed. The sand miners used the protest as an opportunity to send a message to other activists and drove their truck through the crowd killing Madhya Pradesh; he was 24 years old. In May 2018, police officer Jagadish Durai visited an illegal mining site after receiving complaints from the neighbors. The miners saw the officer coming, hopped on their truck and tried to escape, but their vehicle broke down. With the officer in hot pursuit, the miners exited their vehicle with crowbars and proceeded to brutally beat Durai to death. The violence has been successful in silencing entire communities and protecting the sand mafia against grassroots resistance.

However, ignoring the sand mafia has consequences beyond avoiding violence. In 2018, a coastal region in Karnataka had complained of illegal sand mining and the effects it was having on the region to the local authorities, but the complaints were either ignored by the authorities or withdrawn by the community. Then, in June, a local bridge collapsed. Fortunately, no deaths have been reported but the collapse did sever connections between neighbors for months. The bridge collapse shows that, ironically, sand mining can be detrimental to the construction that it feeds as it can make infrastructure less stable. Beyond the degradation of local infrastructure, sand mining has environmental consequences that are already being felt by communities throughout India. Sand mining affects the salinity of the lakes and rivers in which it takes place, which in turn makes the bodies of water less habitable for the animal species who live in them. Some animals are on the verge of extinction, sending ripple effects through the food chain and lowering fishing yields. Research also suggests that the drop in sediment levels caused by sand mining in rivers like the Ganges-Brahmaputra-Meghna has left people who used to rely on these rivers “extremely vulnerable to flood, land loss, contaminated drinking water and crop damage.” Sand mining can lead to bridges collapsing, species disappearing, and rivers drying out leaving behind broken roads, dying fish and hungry people.

Sand mining is essential to India’s development as it is needed to build new homes, stronger public places and better roads. Yet, as it is done now by the sand mafia, sand mining inspires violence, degrades the quality of buildings and causes preventable environmental damage. However, state governments have shown themselves to be too easily corruptible. Therefore, the national Indian government must set standards that limit local control while averting further environmental befouling. In the past, regulations have been unsuccessful because the barrier to enter the legal sand mining industry is too high for miners and too expensive for real estate developers especially when there is a cheaper alternative to legal sand available. By decreasing the fees of sand mining, more people would mine legally preventing further corruption and presenting an opportunity for the government to influence the way the mining is done. They could use this power to incentivize mining in locations where it is found to have a minimal environmental impact. Ultimately, this would increase the quantity of legal sand mining, decrease the incentive for corruption and violence by miners, and limit further environmental harm.