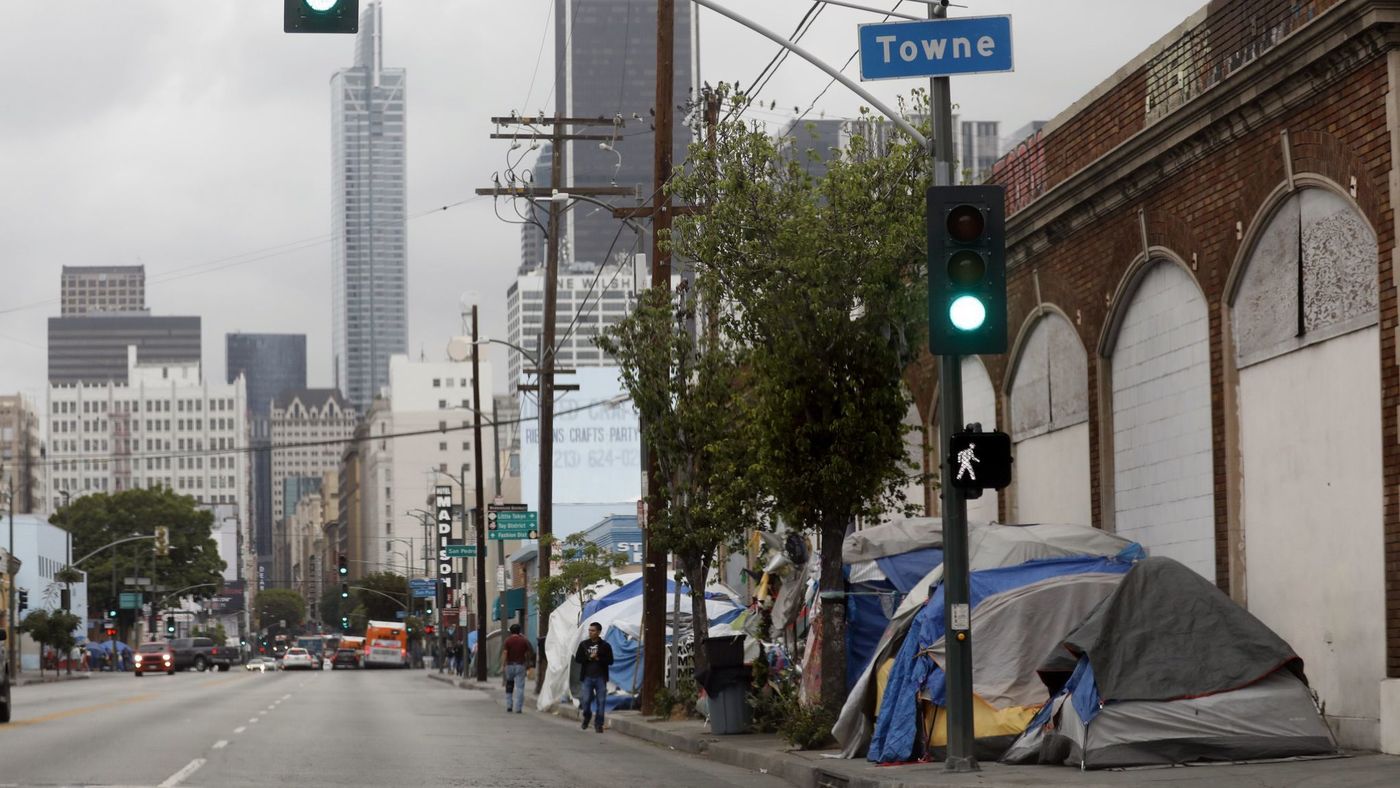 It’s a running joke across many college campuses that economics is the “dismal science”. For those who are not economists, it can be hard to connect abstract terms like “absorptive capacity” and “nonparametric statistical methods” to the real lives of people across the globe. Part of the reason that these concepts seem so obfuscated is that it’s not clear to the average person what economics, as a discipline, is attempting to accomplish. Much of economics can be understood as efforts to guide society toward the “healthiest” or “best” economy – but this is a nebulous concept at best. While conventionally, this is measured via statistics like GDP or unemployment, a desirable economy ought to provide us with benefits that are more nuanced than the ones quantified by these numbers.

Traditional notions of what makes an economy “good” or “bad” are centered on productivity, defined as “the quality or state of yielding results, benefits, or profits”. Under this paradigm, the best possible economic situation is one where productivity is maximized. In other words, society should be trying to create (and by extension, consume) as many goods and services as possible. In a society where there is “more”, it makes sense that people will generally be better off since more of their needs and wants should be met. However, recent developments in behavioral economics, a discipline fusing economics with psychology, indicate that society might be well served by questioning these assumptions since they rely on idealized conceptions of individual action. Humans are not perfectly rational economic actors. People don’t always take the highest-paying job or buy the least expensive goods. Moreover, we do things that are directly opposed to our own “self-interest”, like buying gifts for others and volunteering our time and money for charitable causes. This then begs the question: if our own personal goals are not always oriented toward increasing our wealth, then why is it assumed that a never-ending increase in productivity (and thus wealth) is the best goal for a nation?

Looking at the economy as a mechanism best utilized to increase productivity is not good for humanity in the long term. Instead, the economy should be viewed through the lens of using current productivity levels to increase people’s quality of life. If the global economy continues to be structured around increasing productivity, rather than the proper distribution of the benefits reaped by that productivity, we may end up with a world where people are working too much to make things that are not needed. In order to prioritize happiness in our own lives, we must first live in a world that prioritizes well-being instead of productivity. Conventional measures of economic “success” that rely on productivity, like GDP and unemployment statistics, should be questioned. In addition, more weight should be given to policy proposals that minimize the importance of these evaluations.

Let’s first take a look at that ubiquitous economic statistic of gross domestic product, or GDP. GDP is the total value of all goods and services produced in a country. The logic behind proposals and studies that tout an increase in GDP as an indicator of success seems to make sense; more is being produced, so there are more products and services available to people. However, using GDP as a corollary for prosperity doesn’t hold up to scrutiny. For one, GDP fails to take into account how, and to whom, the fruits of production are distributed. Economic inequality is simply not taken into account. Even the closely-related statistic of GDP per capita, which divides total GDP by population, does not give an accurate representation of overall wealth levels. Most of the value earned from production in a “wealthy nation” with high GDP could go to a small fraction of the population – as it does in many nations – and the GDP (and GDP per capita) would still paint a rosy picture. For instance, take Singapore, which has a GDP per capita of $93,900 USD, but is in the top fourth of countries in the world in levels of inequality. Likewise, the United States has a GDP per capita of $59,500 USD, but inequality levels comparable to Singapore, and one of the highest poverty rates in the Organization for Economic Cooperation and Development (OECD), a group of countries usually thought to be highly developed. There’s a disturbing trend here: GDP masks high levels of both poverty and inequality.

Moreover, there are actions that add to GDP but arguably detract from the overall good of a country. Economics refers to these effects as “externalities”. The problem lies in the fact that detriments caused by externalities can sometimes outweigh the benefits of the product created. For example, a manufacturing plant might create plastic cutlery. In the process of doing so, oil must be extracted and refined, plastic must be molded, the cutlery will probably be packaged in more plastic, and boxes must be shipped across the country. Each of these steps produces waste or pollution. But because income was generated, the GDP was increased – despite the environmental problems this process caused.

These examples illustrate that a country with a high GDP, while seemingly well off, may not be so in reality. There could be massive income disparity or people living in destitute conditions. Externalities that were considered acceptable for the sake of productivity could cause contaminated water supplies or air unsafe to breathe. It’s no wonder that the UN has already recognized that “the gross domestic product indicator by nature was not designed to and does not adequately reflect the happiness and well-being of people in a country”.

Another assumption frequently made in economic analysis is that society should always be trying to lower levels of unemployment. However, this again poses a problem. Even if everyone in a given country was employed, that fact alone does not provide any information about how well off they are. Employment increases productivity, but not necessarily quality of life, since hourly pay has not increased at a proportional rate. This discrepancy – termed the “productivity-pay gap” – strongly indicates that we should not be satisfied with the increase in jobs. If those jobs don’t come with livable pay and benefits, they are simply not doing anything to alleviate poverty. Plus, since many people work more than one of these low-quality jobs, an increase in jobs can actually represent a strain, not relief, for workers. Employment is, then, another metric of success that may not demonstrate success as well as once thought.

In addition, there are indications that a significant portion of productivity that occurs in industrialized nations is, to put it bluntly, unnecessary. Most of us still work “full time” – that is, 40 hours a week – but with the revelation that up to 38% of jobs in the US could be automated by the 2030s, it seems that the economy would get by just fine if we all lightened our loads a bit. This is a significant driver behind proposals such as the universal basic income, which would provide everyone with a subsistence level of income, allowing them to work fewer hours. Proposals like these are often criticized, precisely because their detractors worry that they would de-incentivize employment. Yet given that employment is not a guarantee of quality of life, perhaps more thought should be given to UBI and other “out-there” policies that accept potential reductions in employment.

One possible alternative statistic might be the Gross National Happiness index. The index, shortened to GNH, has been officially adopted by Bhutan, and has been used across the globe from Canada to Thailand to Brazil. It has not yet replaced other statistics in any of these locales; it is used in conjunction with more conventional measures. Although imperfect, its four pillars seem to provide goals that emphasize well-being rather than productivity, unlike many traditional metrics of success: sustainable and equitable socio-economic development,  environmental conservation, preservation and promotion of culture, and good governance. GNH has yet to be widely adopted, but it may herald the beginning of an international perspective that is shifting its priorities when it comes to evaluating economic performance.

In essence, society must realize that productivity cannot keep perpetually increasing. When we use statistics that focus almost exclusively on productivity and dismiss all policy proposals that could have a negative effect on productivity, we do ourselves a disservice. Perhaps society doesn’t need an economy where everyone works full time to maximize productive output. If this is true, then we will need new standards for evaluating whether we live in a “good economy”. The signs point overwhelmingly to a need for a new way to measure success. Humans are not mechanical beings, made to increase efficiency and productivity at any cost. We recognize the need to share the fruits of prosperity; to provide for our intangible needs; to protect our environment from unnecessary degradation. Our way of thinking about the economy, and the world around us, ought to reflect those needs.