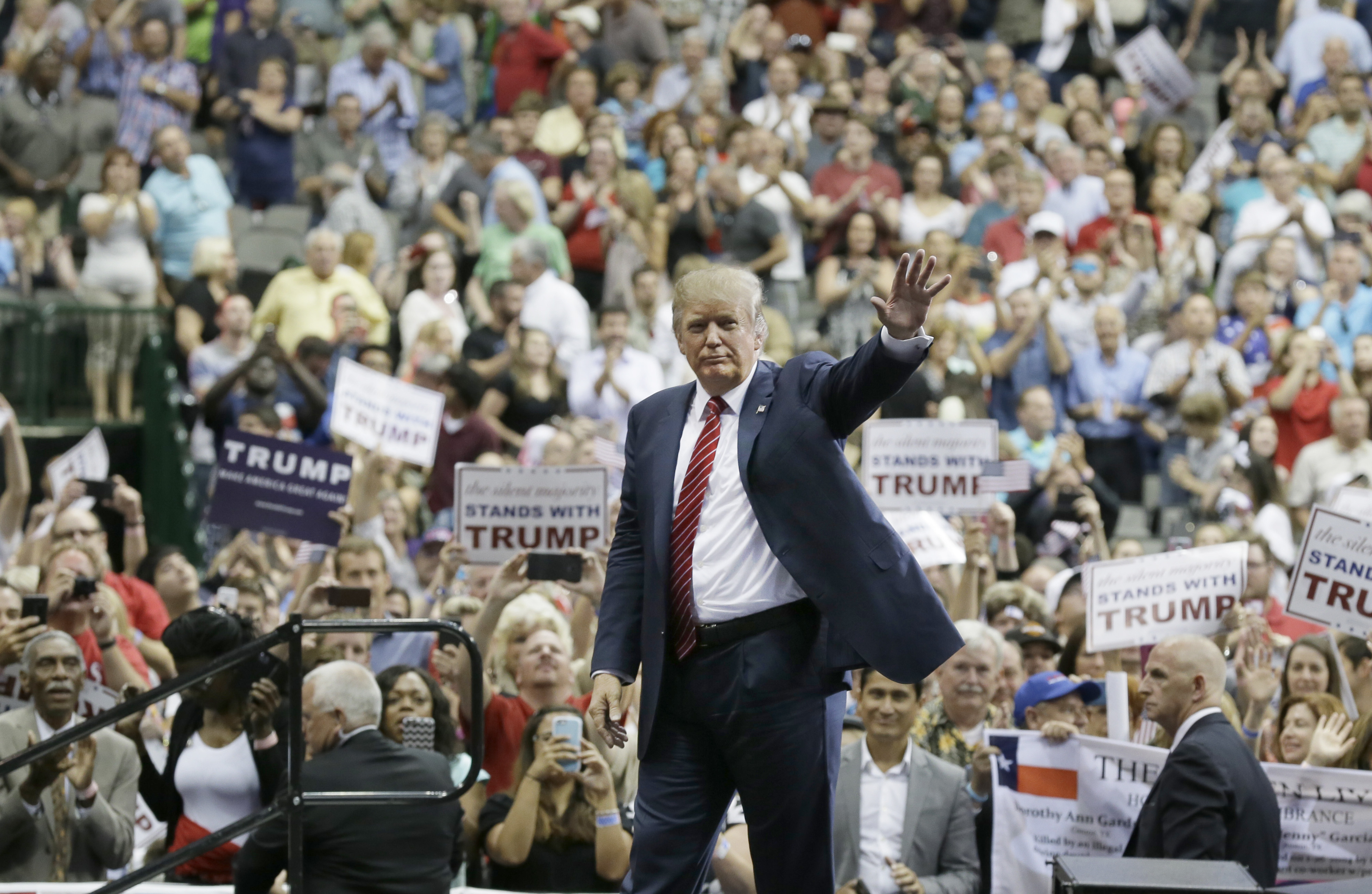 Beating Trump: Five Things Democrats Need To Do Before 2020

Beating Trump in 2020 will not be easy. If there is anything that the Democrats should’ve learned from 2016, this is probably it. The truth is Donald Trump is a much better politician than many of us give him credit for. He is savvy and has great political instincts along with unmatched abilities to manipulate the national conversation. Think about it: he was a billionaire, real estate tycoon, who lived in a penthouse on 5th Avenue but was somehow the only candidate in 2016 who recognized the economic desperation in many blue-collar cities across the country that were once homes to aspirational working-class Americans. Accordingly, he was the first Republican nominee to win Michigan and Pennsylvania since 1988 and Wisconsin since 1984.

In addition to his natural fit as a politician, he now has a list of achievements that he did not have in 2016. Despite what you may hear from the mainstream media, the president has fulfilled many of the promises that he made to his supporters in the last election cycle. In the past two years, he has appointed two conservative Supreme Court justices along with dozens of right-wing federal judges. Moreover, he has successfully re-negotiated the North American Free Trade Agreement while withdrawing from other “unfavorable” global agreements, such as the Trans-Pacific Partnership and the Paris Agreement. In 2017, he delivered a major tax cut that he promised as part of his economic agenda to increase Americans’ disposable incomes and to make domestic businesses more competitive in the global market. On the foreign policy dashboard, he has scored several points for reaching a detente with North Korea, withdrawing from the Iran Nuclear Deal, moving the U.S. Embassy to Jerusalem, and authorizing multiple sanctions against Moscow. Just recently, the president signed a bipartisan criminal-justice reform bill that was stuck in the Washington gridlock for nearly a decade as well. The bottom line is that Donald Trump should not be underestimated again.

That said, the Democrats have a great opportunity to win back the White House in two years. Here are five things they must accomplish before the upcoming presidential election.

It is no surprise that Congress has an approval rating of less than 20 percent. The partisanship and gridlock in Washington are as bad as they’ve ever been, and the American people are disappointed. Most of them want to see bipartisanship; they want results. Therefore, it is crucial that the Democrats strike a deal with the Republicans on a major bill to appeal to swing voters by demonstrating their desire to put the country over their party. If they fail to strike a deal with the Republicans in the next two years, they will undoubtedly be characterized by the Republicans as “obstructionists” with nothing but “resist” on their agenda.

It seems unlikely that the two parties will be able to come together to reach a compromise on issues like immigration or healthcare. In fact, they have already tried several times and failed. However, there is one area that seems to have the word “bipartisanship” written all over it: infrastructure. Infrastructure has been on the Democratic agenda for a long time, but it also served as a major pillar of the Trump campaign in 2016. At its core, the “America First” agenda is about patching up America before spending trillions of taxpayer money to fix foreign countries, the way this country has in the Middle East. A bipartisan deal on infrastructure would be a major win for the Democrats and the country. Many Democratic candidates, who are currently serving in Congress, can use it as a sign that they will bring the nation closer.

A recent poll conducted by Morning Consult revealed that 53 percent of Democrats want Congress to prioritize impeachment. However, there are numerous reasons why Democrats must resist the temptation to impeach Trump, at least without any concrete evidence of an impeachable offense. I dedicated an entire article to this topic last semester, and some of the reasons that I cited in the piece included setting a bad precedent of weaponizing the impeachment process and the Republican Senate that is convinced not to remove the president from office even if he is impeached. However, the main cases against impeaching the president are that impeachment would galvanize the Trump base and that it would paint the Democrats as partisan politicians who are abusing their power.

Throughout his presidency, President Trump has consistently scored at least 80 percent approval rating among Republican voters. A poll recently released by the Economist and YouGov shows that 84 percent of Republicans approve of his work. Therefore, if the Democrats try to impeach the president, it will only give the Republican Party a great cause to rally around. Furthermore, if the Democrats rush to impeach the president without any concrete evidence of “treason, bribery, or other high crimes and misdemeanors,” they will give the American people the impression that they are abusing their power. This was exactly what happened to the Republicans in the Bill Clinton impeachment model. After being impeached, Bill Clinton received an all-time high, 73 percent approval rating. The same poll showed that 54 percent of respondents believed that Republican lawmakers in Congress abused their power; only 41 percent responded otherwise. In sum, the Democrats have a good chance to win the election in 2020. It would be more effective for them to beat Trump at the polls than through Congress.

In 2016, three of the four most successful candidates, Donald Trump, Bernie Sanders, and Ted Cruz, were all considered anti-establishment or outsider candidates. Insider candidates like Jeb Bush and Lindsey Graham did not fare well. In such a climate, Hillary Clinton was an unfitting nominee for the Democratic Party to select in 2016. They cannot make a mistake like this again.

Currently, the Democratic Party is ideologically divided between the so-called “party loyalists” and “the left.” The former includes centrists like Joe Biden, Beto O’Rourke, and Amy Klobuchar. Meanwhile, the latter features leftists like Bernie Sanders, Elizabeth Warren, and Alexandria Ocasio-Cortez, although Ocasio-Cortez will not be running for president as she is only 29 years old.

Given this situation, Democrats must choose a nominee who can unite both wings of the party. In the process of doing so, one important element they must keep in mind is electability. The truth is that pure leftists like Bernie Sanders will have an incredibly tough time convincing moderate independents, especially those who voted for Trump in 2016, to support some of their “radical” ideas. For example, let’s look at one of Bernie’s main policy agenda for 2020: Medicare-for-all. According to a recent poll released by the nonpartisan Kaiser Family Foundation, 56 percent of Americans initially supported Medicare-for-all. However, when explained that “a government-run system could lead to delays in getting care or higher taxes, support plunged to 26% and 37%, respectively.” This is why centrists like Amy Klobuchar have already distanced themselves from the proposal. However, this does not mean that Democrats should automatically nominate a pure centrist. A centrist may appeal more to swing-voters, but they may not be able to energize the members of their party (more on this below). Hillary Clinton was considered “extremely electable” but lost largely because she could not mobilize enough young or minority voters in battleground states. As you can see, there is a tradeoff between electability and party excitement.

Prior to the 2018 midterm elections, Democrats were expecting a major blue wave, or unprecedented voter turnout to resist Trump’s “America First” agenda. Despite the increase in voter turnout, many Democrats were left disappointed. Jake Tapper of CNN was on the record the night of the elections saying, “This is not a blue wave.” A week after elections, the Washington Post ran a story with the headline “Was it a ‘blue wave’ or not? That depends on how you define a ‘wave’,” suggesting the voter turnout did not exactly meet people’s expectations.

To beat Trump in 2020, the party must galvanize and head to the polls. There is no room for an ideological divide or fragmentation within the party. Once the nominee is selected, every Democrat must back that nominee and vote for him or her. One of the reasons why Hillary lost in 2016 was because many African American voters who voted for Obama in 2012 and many college students who voted for Bernie during the primaries did not come to vote for her on election night. Therefore, it is important for the party to help the nominee energize their base to maximize the turnout.

Money is not everything in politics. If it were, Hillary Clinton, who outspent Donald Trump by more than 2 to 1 in 2016, would be sitting in the Oval Office. But there is no denying that money is important to run an effective campaign. Simply put, without money, there is no campaign.

This election cycle, fundraising should be at a higher priority for the Democrats than it was in 2016. That is because President Trump and the GOP have been preparing for the 2020 election for at least two years now. As a result, the Trump war chest for re-election already has $130 million. A sitting president with this much financial resource at this stage in the election cycle is unprecedented. To put it into context, Barack Obama had $4.1 million at this time of his presidency. Contrary to what you may think, most of the contributions are coming from ordinary citizens, not the wealthy elites or corporate leaders. For example, nearly 75 percent of donations that his campaign received in the final quarter of 2018 were $200 or less.

Donald Trump’s 2016 campaign demonstrated financial efficiency. As mentioned above, he spent half of the amount of what his opponent spent and still managed to win. He will have more resources this time around and will be even tougher to take down. The Democrats must be able to match the president’s fundraising efforts if they want to even out the playing field. Ideally, candidates should raise money through grassroots fundraising efforts since the public’s perception of mega-donors and Super PACs has turned negative in recent years.

Despite his lackluster approval rating, Donald Trump will present a tough matchup for the Democrats in 2020. His list achievements and fundraising efforts are giving his re-election campaign a headstart that he did not get in 2016. Nevertheless, the Democrats have a great opportunity to change the course of this country in the next presidential election. They will need to minimize division within their own party and maximize grassroots energy and turnout in order to recapture the White House.