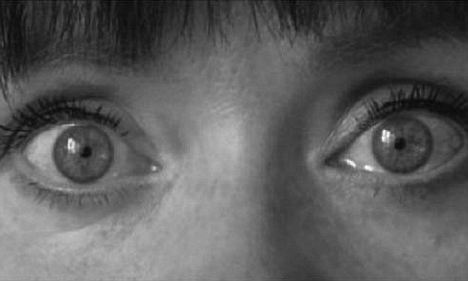 Why Being ‘Woke’ Is Not Enough

As we inhabit the most polarized political environment our nation has faced since the Civil War, we must work towards unity by questioning everything — our institutions, values, one another, our systems of thought, and even our language. Looking inwards means evaluating all that is political in order to cleanse and remove that which does more harm than good starting with the ever-popular label ‘woke.’

For some of us ‘wokeness’ has tremendous value and for others its utterance warrants an immediate eye roll. In both of these universes, the label has become powerful enough to paint someone’s character and in the same stroke dismiss or laud the entirety of that person’s viewpoint. Most millennials will recognize the phraseology whether it’s ‘stay woke’ in a meme on Facebook or ‘Tristan is so woke’ in casual conversation and if we take a closer look, the term’s ubiquity reveals an unprecedented danger.

In its conception, the term ‘woke’ was born out of civil rights era African American slang and meant “well-informed” and “up-to-date.” It was first used by the African American community to ensure one another’s safety in a national context rife with racism. The Black Lives Matter movement then reengaged the term and evolved its meaning to include direct action. If you are a ‘woke’ member of the Black Lives Matter movement, for example, you are taking concrete steps to achieve racial equality by vowing to fight police brutality head-on. The badge of ‘wokeness’ could only be earned through legitimate political action.

But today ‘wokeness’ has become a product available for all Americans to purchase. ‘Wokeness’ is on the middle shelf, ready to be grabbed and thrown in the shopping cart. Its commodification has made its purchase possible and convenient but with very few demands placed on the buyer.

This is precisely where the danger lies. ‘Wokeness’ as something to opt in or opt out of has obscured the essential nature of social awareness. If one can opt out of being ‘woke’ or politically engaged, it becomes easier to shirk our responsibilities as citizens. What was once a civic duty becomes a mere add-on to our identities. What was an attempt to help us understand each other’s humanity becomes a trendy dating requirement for millennials aged 18-25. Too many of us feel the pressure to perform wokeness but not enough of us want to embody it. It’s an easy trap to fall into. Humans are lazy creatures, and if we can find a way to minimize the otherwise arduous process of true involvement and character building, we will gladly take it. Think about it in different terms. If ‘wokeness’ as a framework can provide us with a quick shortcut to decipher the contents of one’s character, what’s stopping us? Selfish human tendencies have driven us to co-opt a label that should be used to do so much more than vain virtue signaling.

There are a few core questions to ask of our newest popular label ‘woke’. If one achieves ‘woke’ status, is that enough? Is that anything? Who does the ‘woke’ label serve? Reciting the word intersectionality in casual discourse may be impressive, but is that all ‘wokeness’ requires of us?

Imagine a conversation between a college student and her friend about the merits of her newest love interest.

“You know what makes him even more perfect?”

“He went to the Women’s March, don’t you remember from his Instagram?”

In this conversation, the presupposed inferiority placed upon the ‘unwoke’ elevates the status of this new love interest in the head of another self-identified ‘woke’ individual. It’s presumptuous. With evolving social taboos, many millennials are willing and able to write off others who don’t have the ‘woke’ badge as both lesser than and not plugged into modern society. Staying ‘woke’ has gone from a movement bent on creating genuine social change to a flimsy status symbol, obscuring its original role as an agent for change. Instead of developing a critical consciousness for the sake of making the world a better place, it is becoming too easy to self-identify as ‘woke’ and reap the cash benefits of the label without the sweat, blood, and tears of the activism needed to put critical consciousness to use.

How can we reframe ‘wokeness’ and broaden its function beyond the status-seeking apparatus it has become? Instead of using the adjective ‘woke’ to characterize a person, we should use it to characterize acts. This way, by applauding someone for engaging in a ‘woke’ act, we can encourage each other to think and more importantly act politically while reducing identity-based polarization. If x individual spends their Fridays on college campuses coaching young adults to be active bystanders at parties, they are engaging in a ‘woke’ act or one that does social good. Assigning their entire person the ‘woke’ label is unnecessary, comes with a high error rate, deepens polarization, and encourages a self-serving performance of ‘wokeness.’

While millennial slang has its place in our modern context, it is on us to tighten our language and refine it as we see fit. On appearance, the slang – in particular the political slang – we use may appear harmless but further inspection reveals a rotting underneath sure to decay our political discourse over time if we do nothing to intervene. Belonging to a national context rich with identity-based politics, we have forced social awareness into a packaged product. Its neat packaging is convenient, selfishly-motivated, and profitable. Almost too naturally, our capitalist tendencies have commercialized “wokeness” and in doing so obscured its true meaning and stripped it of its rich roots. The bottom line is simple. Every citizen with a vested interest in the healthful functioning of our nation should strive to develop a critical consciousness. We should desire wokeness not because of the false sense of superiority it provides us but rather for its true merits. The more politically aware our citizenry becomes, the more we can protect one another from social ills.

We are not excused from our civic duties by simply checking off the boxes on the ‘woke’ evaluative exam conducted by our peers. We should demand more of ourselves and if that means, for example, learning about intersectionality and how women of color are uniquely disadvantaged, let’s do that. Then, let’s focus on what ‘woke’ act we can do with our new understanding. Achieving wokeness has to be a collective effort and an effort that marks only the beginning of our quest for equality. Wokeness itself should not be the goal. It is the means to an end and the lens with which we can view this country and ultimately — fix it.