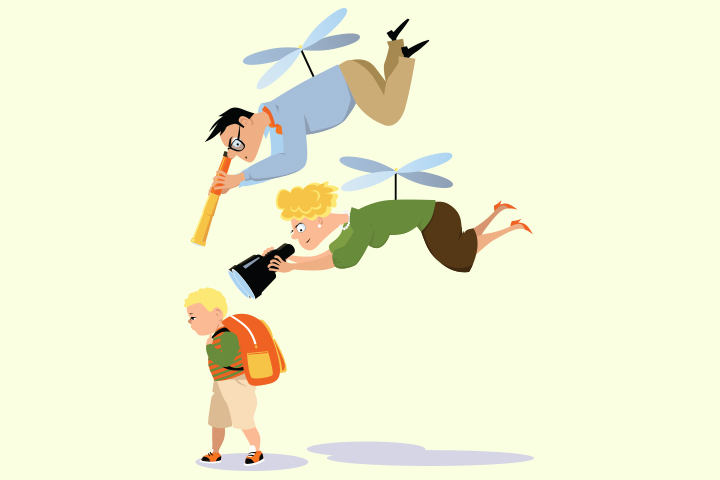 Overprotective Parents and a New Generation of American Children

The beginning of the year 2014 was marked by a peculiar event. In an appellate court decision, a mother was found guilty of abuse and neglect for leaving her toddler in the car while she went into a store for five to ten minutes. Although the toddler was deemed to have been in no imminent danger, the court believed its ruling to be fair, stating, “We need not describe at any length the parade of horribles that could have attended [the child’s] neglect.”

Not an Isolated Case

However, peculiar as it is, this case is not an isolated one. Similar incidents have befallen parents and children around the country in the past decade and they all point to a growing trend in America: overprotectiveness. More specifically, a growing overprotectiveness by Americans toward American children that is being reflected in policy-making and legal decisions, and that has left older generations shaking their heads. Generational gap notwithstanding, mounting evidence and research have begun to reveal a disturbing effect of this trend that should be cause for real concern. Overprotective parents, and the norms that prevail from an overprotective attitude toward children, are threatening to build a generation of young Americans that are highly risk-averse, fearful, and unprepared to become engaged citizens and active leaders.

Before we can address what this trend means for society as a whole, we must first define what overprotection is and why this trend is occurring at all. Overprotective parenting, for lack of a widely accepted definition, describes a collection of behaviors by parents toward their children that work together in an attempt to prevent children from taking on any risks to their emotional or physical health. Sheltering, constant supervision and micromanagement, prevention of taking responsibility, excessive catering and over-consoling, controlling of the social sphere, and excessive caution are all identifiable behaviors that can be considered a part of the scheme of overprotective parenting. Many people will find most of these behaviors, if not all, to be very familiar simply because they have become more commonplace in today’s dialogue and observable in our own personal lives.

As for why this trend is occurring, there are several concurrent trends that not only support the conclusion that overprotective tendencies are on the rise, but also help us understand the bigger picture of where we may be headed.

A Deteriorating Sense of Trust

Americans do not trust one another as much anymore. An analysis by Josh Morgan, using data compiled by the General Social Survey (GSS) from 1972 to 2012, illustrates how the percentage of Americans who said that most people can be trusted dropped from about 46% in 1972 to about 32% in 2012. Separating by generation, the data also shows significant drops in trust from Baby Boomers to Millennials. Forty to fifty percent of people within the “older generations” demographic believed that most people can be trusted, while only 25 percent of Generation X individuals and only 19 percent of Millennials answered yes to the same question. Morgan concedes that part of this difference could be due to the various generations being in different stages of their lives, but the difference is significant enough that this particular explanation does not seem to be enough in and of itself. Consequently, this loss of trust correlates with the increase in overprotectiveness among parents. When Americans begin to trust one another less, and in particular the Millennials who are now parents, they begin to place more restraints on their children and supervise them more for fear of others influencing their children. They do not let their children roam around their neighborhood, and they control their children’s interactions with other kids and adults.

Technological advancements of the past decade have contributed vastly to the changes we see in parenting. No longer do parents send their children outside when they are bored, rather parents now opt for giving their children electronic devices to keep them entertained. Whether this change is a good or bad one is not within the scope of the issue of overprotective parents, but it does illustrate how easy it has become for parents to be overprotective. In the age of GPS tracking and smartphones, keeping tabs on your children every minute of the day has become easy and not contacting your kids for hours more difficult.

The Media and Interconnectedness

At a time when crime rates and kidnapping rates are at all-time lows, what has many people pointing to the media when asked why parents have become more overprotective? The answer: greater interconnectedness. A result of technology, greater interconnectedness seems to be the root of why some parents can be seen as religiously trying to protect their children from danger, despite the world being less dangerous than ever before. Being able to access news and information from across the nation, it is easy to fall into a trap of believing that what happens on the other side of the nation can just as easily happen in your state. It breeds an illusion of constant danger and risk that does more harm than good.

The final concurrent trend that is relevant to this discussion is this idea that there has been a cultural shift in parenting expectations. Parents are often encouraged nowadays to be more protective of their children and more in control of their education and future. When Science and progress seem to be solving all the problems and risks associated with the human condition, why is it inconceivable that parents cannot take the same scientific approach to parenting and control the environment in which they nurture their children to provide them with a safe and happy life? To a growing number of parents, it is not inconceivable at all. It is necessary and morally justifiable.

All these concurrent trends combine to form this image of how and why today’s style of parenting, relative to that of previous generations, is unique in its degree of overprotectiveness. But what does overprotective parenting mean? Is it bad?

However, the research and data prove otherwise. That despite some parents’ best intentions, technology and other contributing factors make it easy for parents to be too present in their children’s lives and easy for parents to intervene and exercise control over their children’s lives when they so choose. The ease at which parents can do these things, make it all the more frequent in occurrence.

As for the effect of overprotection on the wellbeing of the child, studies have shown that overprotective parenting can lead to risk aversion, a dependency on the parents, a higher risk of psychological disorders, a lack of strong coping mechanisms, and chronic anxiety—which intuitively, makes a lot of sense. A child that is not allowed to take risks or make his or her own choices is bound to face a lot of anxiety and trouble when having to face the harsh realities of a chaotic world. Interestingly enough, the effects of overprotectiveness share uncanny similarities to those of neglect, albeit to a lesser degree.

All in all, children become less equipped to deal with the stressors of the world as adults, and we see that in the data. College students have higher rates of severe mental illness and higher rates of students on psychiatric medicine than those of only a decade ago, and interviews with several hundred professionals at campus counseling centers reveal that “a lack of coping skills is precisely what distinguishes today’s college students.” Younger generations today are generally more likely to rank their stress levels above that of older generations as well. Part of the reason for these differences can be attributed to the youth not having learned how to deal with stress as well as older individuals have, but part of it can also be attributed to children being sent off to college without the necessary self-management skills that are learned through independent thought and risk-taking earlier on in their lives.

I do not presume to be in a position to give advice on how parents should parent their children, and my argument should not be interpreted as an attempt to do so. However, I am a college student. And as a college student, I can’t help but notice a subtle but increasingly pervasive culture of self-loathing and anxiety. Was college like this in the past? It’s hard to imagine it was.

As a nation, we have to ask ourselves what kind of people we want to be. A people that rely on their parents and their nation to provide for them, or a people that contribute to the good of those around them. A democracy is only as strong as the people who live under it, and the way we parent and are parented is oftentimes a reflection of how we perceive the world and how we act as citizens. To have overprotectiveness become a hallmark of American parenting is to progress toward a society of people that asks for more than it gives. To parents, I would urge them to have more faith in the ability of young Americans to overcome, to take risks, and to be independent. Only then may we be able to reinvigorate the optimism and spirit that this nation seems to have lost and sorely needs today.