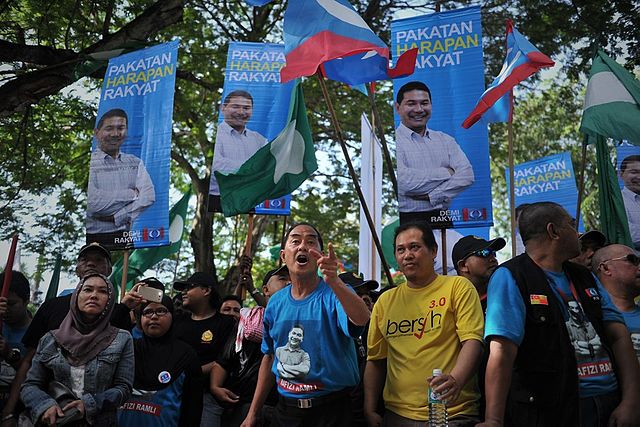 It is one of the world’s most tragic ironies that the most detrimental impacts of climate change will accrue to the countries that have had only a minor role in bringing them about. The Southeast Asian island nation of Malaysia is a prime example. The country is already feeling the disastrous effects of climate change: temperature has risen by 2.7 °F and is projected to rise by up to 8.1 °F by 2060. This has severe implications for the nation’s poor, especially those employed in the agricultural sector: many are experiencing large losses of income or even losing their jobs. It is clear that climate poses an urgent problem for the people of Malaysia; what is less clear is why the calamity has not been adequately addressed. The answer lies in a closer examination of why the nation fails to respond, to citizens’ needs. An exploration of Malaysian history and institutions reveals that Malaysia will have a hard time combating climate change because of its governance problems, many of which are the result of colonial legacies.

Many of the problems facing Malaysian politics that act as barriers to effective climate policy can be traced to the social divisions that fragment Malaysian society. An unavoidable feature of the Malaysian political system is the role of ethnicity. The population mostly identifies as Malay, but there are large minorities with Chinese or Indian roots. Worryingly, ethnicity is inherently politicized in Malaysia, with many major parties, including most prominently the parties of the opposition coalition, Barisan National, aligning themselves with an ethnic group before any other affiliation. Ethnic divisions are not simply social issues; they are legally enshrined in the institutional structure of Malaysia. Beginning under British colonial rule, Malays, Chinese, and Indians were artificially separated. This separation applied to every sphere of life, including residence, schooling, language, religion, and occupation. As a result, political activity in Malaysia has been framed around ethnic identity. Even the push for independence from Britain was largely organized around a British-perpetuated idea of Malay identity. These ideas were legally entrenched in the Malaysian constitution, which provides “special privileges” to individuals of Malay origin. Religion is also a part of the debate since adhering to Islam has been seen as central to being “Malay”.

These divisions may not, on their own, seem to pose an impediment to climate change adaptation. However, since ethnicity and religion are so integral to politics in Malaysia, they are often the primary focus of officials. These loyalties often take priority over the general public interest. The problem is that dealing with the floods, destruction, and food shortages that will soon occur requires reaching across ethnic lines of interest. Malaysian leaders are simply not well equipped for this scenario. Effective climate action requires legislation that may have to “trade off” sacrifices by one constituency in order to protect the national good – a proposal that is unpalatable to officials who have to cater to a highly segmented population in order to get elected.

Persistent economic inequality in Malaysia, combined with a political system that is easily manipulated by wealth, means that the lower classes, whose livelihoods are most threatened by climate disasters, face the largest obstacles to influencing political decision making. The wealth divide is pronounced: the Economist estimates that the richest ten percent of the population have incomes twenty-two times that of the poorest ten percent. To make matters more intractable, economic inequality and class divisions are deeply tied to colonial-era ethnic segregation. For instance, the New Economic Policy, a form of affirmative action, was adopted in 1971 to address ethnicized economic disadvantages. However, this provoked backlash from those who did not benefit from the plan, so it had the unfortunate result of merely exacerbating existing tensions.

Economic inequality in Malaysia is unmistakably tied to the climate issue because the Malaysian political system gives disproportionate power to the affluent. To begin with, election funding is opaque and unrestricted. This means parties do not have to disclose their donors, and that wealthy individuals can give as much as they like to political candidates. Corruption also reduces the influence of popular demand, with assessments that $6.7 billion USD per year is siphoned off for private gain. This was most publicized in the 2015 1Malaysia Development Berhad affair, where Prime Minister Najib Razak’s administration was implicated in millions of dollars in embezzlement charges. Several ministers lost their positions, anti-government news outlets were blocked, and the lawsuit against him was dropped. The end result, despite a huge scandal, was little change in Malaysian governance.

These factors together are indications that money — a resource not easily available for many — is of paramount importance in Malaysian politics. The pattern here is clear: the Malaysian political system is designed to respond to moneyed, rather than popular, interests, an attribute that does not bode well for the future of climate policy.

The Inability to Fight Back

The impact of the money-based Malaysian political system on the prospects for climate change adaptation is heightened when the many institutions that entrench these power relations are brought to light. For one, there is no institution with autonomous oversight that can be made to “hold politicians accountable” for skewed election results. According to a 2012 article in Modern Asian Studies, the Election Commission, the body that is supposed to monitor such issues, has “no authority to charge those who violate the law, a serious shortcoming”. Moreover, all political parties must be approved by the Registrar of Societies, which is under the authority of the Executive branch. This means that dissenting parties can simply be made illegal, a serious limitation on political behavior. Perhaps the final nail in the coffin is that dissent against these injustices is restricted: a significant portion of the Malaysian media is owned by political parties; and several laws, many with colonial origins, inhibit the freedom of the press. Malaysia, then, is a nation where the government is more responsive to specific ethnic interests, and interests of the rich, than the interests of the people as a whole – and where the arena for opposition to this system is shockingly small.

Climate change adaptation is an absolute necessity for the future of Malaysia. Without “optimal climate policy and action”, the country faces up to $9.6 trillion USD in climate-related damages over the next hundred years. The agriculture industry will break down, causing food shortages and record levels of unemployment among the already-vulnerable. Effective climate policy needs to mitigate these catastrophes, whether through flood prevention via dams and alternate water routes, or an increase in food imports and alternate employment schemes. Whichever solutions are explored, it is clear that in the status quo, the Malaysian state is not structured to properly respond to these problems. To begin, climate policy requires recognition of impending disasters, something rather unlikely in Malaysia, given that those in power, who could address the incoming perils, will not have their livelihoods threatened by climate change-related emergencies. For another, the nation will need a unified, rather than fragmented, response. Given Malaysia’s political focus on ethnicity- and religion-specific issues, rather than nationwide ones, the prospects for a nationwide response without a political paradigm shift seem dim. Finally, the ability of voters to hold their officials accountable must be drastically increased. The current structure of “money politics”, economic inequality, and the continued maintenance of this system via lack of channels for dissent together indicate that those who will experience the brunt of climate destruction have no feasible way to wield power to better their own situations.

Lessons for the World

Malaysia’s governance system is critically, perhaps even fatally, flawed. Its inability to respond to climate change will prove its ultimate test. It is important to remember that many aspects of Malaysian society that have created these barriers are inherited legacies of British colonial rule. Given this state of affairs, it is clear that calling on the elites that are currently at the head of Malaysian society to act on climate change is largely a fool’s errand. Instead, there is an urgent need for widespread societal change, driven by a broad movement for climate and good governance, so that the state can more effectively deal with a problem that promises to affect every sector of society. Although this specific mix of climate roadblocks is unique to Malaysia, the country can still provide valuable lessons to the global community. Malaysia illustrates that there are deep – indeed, inseparable – links between the economy, the state, society, and the environment. Many other countries around the world face governance issues that bear resemblance to Malaysia’s: fragmentation, inequality, and accountability problems are by no means rare. The world should learn from the case of Malaysia that dramatic changes in institutional structures, not just passage of additional legislation, are necessary to effectively address climate change everywhere.