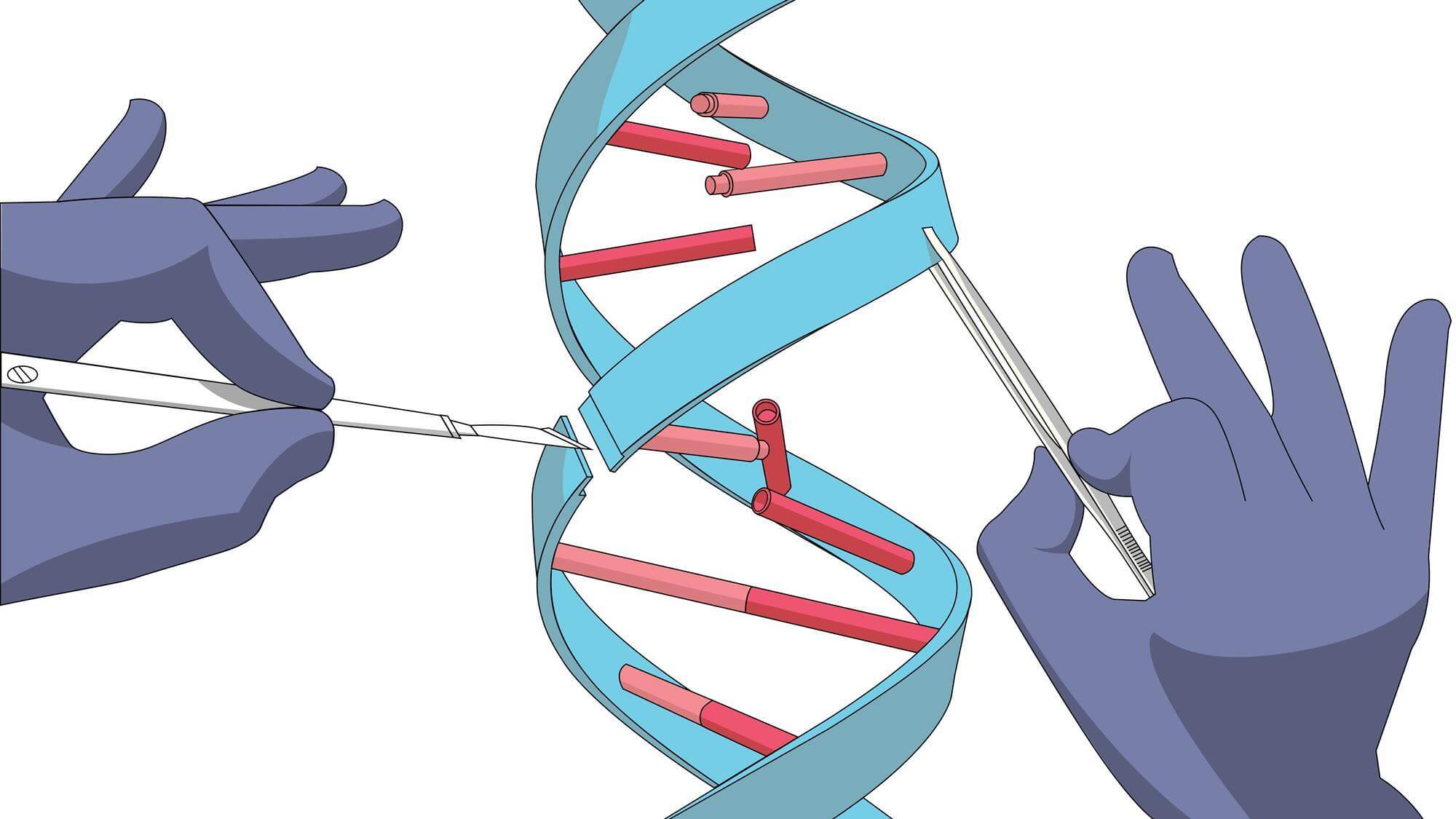 What Gene-editing in China Reveals About Progress and Risk

On November 25, 2018, a Chinese researcher by the name of He Jiankui released a video of himself detailing the process through which he edited the genes of a set of twin girls. Against the backdrop of various scientific instruments and with a disarming smile, He reveals how his lab deleted the CCR5 gene in the girls’ genome sequences before in-vitro fertilization in order to make them resistant to HIV, a virus carried by their father. Pointing to the parents’ desire to have healthy babies, one finds it difficult at first not to applaud He’s experiment as a victory. Yet behind the calm demeanor and appeal to compassion, He hides an experimental process riddled with ethical missteps, condemned by the international community, and disavowed by his own government and university. To say nothing of the Gattaca-like implications that come to mind, He’s actions confirm the need for more medical oversight by the Chinese government and the international community to safeguard against potentially dangerous experiments.

He Jiankui, a Stanford-trained and former associate professor at the Southern University of Science and Technology in Shenzen, China, claims to have utilized the CRISPR tool to alter the genome of the twin girls. The CRISPR tool is a revolutionary way of editing genomes with more speed and precision than ever, and He would be “the first scientist to use CRISPR to edit human embryos resulting in a live birth.” This would violate the “unofficial international moratorium on editing human embryos intended for a pregnancy.” Yet, to a certain degree, his experiment has also been met with a lot of skepticism because it has not yet been officially peer-reviewed and published by a scientific journal. Much of the actual data has yet to be disclosed as well. Some have even gone as far to say that his experiment did not happen the way he has said it did.

Assuming the experiment did indeed occur, He has justified it in two distinct ways: His first justification appeals to the human case, how the parents of twin girls were very enthusiastic about being a part of the experiment and determined to ensure their daughters would not suffer with HIV like their father has. The second justification appeals to a scientific case, how He believes that it was medically appropriate to use CRISPR in this case to figure out how the technology can be used to prevent HIV/AIDS.

Nevertheless, a report by Xinhua state news agency acknowledged that the Chinese government believes that He had “conducted the research in the pursuit of personal fame and gain… [and] had intentionally dodged supervision, raised funds and organized researchers on his own to carry out the human embryo gene-editing intended for reproduction, which is explicitly banned by relevant regulations.” However, the Chinese government has yet to outline exactly which laws and regulations that He had breached and what his punishment will be, which leads many to wonder if China will do enough to ensure the ethicality of medical experiments within its borders. The lack of transparency in-and-of itself is already concerning for many. For now, it seems He is being heavily guarded in Shenzen, all forms of research like He’s have been placed on pause, and his home university has fired him from his position as assistant professor.

Is What He Did So Bad?

Aside from He’s own justifications, there have been a small group of renowned researchers who have come out and defended He, including Harvard University’s George Church and the dean of Harvard Medical School, Dr. George Haley. Both researchers’ arguments center on the idea that the nature of scientific progress involves these kinds of bold steps. They argue that it is about time the potential of CRISPR technology is put to the test.

Most scientists and researchers, however, agree that what He did was morally reprehensible and very irresponsible for a range of reasons. For one, too little is still known about the CRISPR method. Studies have shown that the tool can inadvertently not only destroy and rearrange large swaths of DNA, but also trigger cancer in CRISPR-edited cells. These inadvertent mistakes are known as off-target mutations in the medical community, and it is widely agreed upon that researchers have yet to fully understand all the long-term off-target effects of gene editing in humans. The parents also likely did not understand the potential off-target effects when they gave their consent. A concern of many professionals is how He received the parents’ consent for the experiment without the presence of third-party professionals and within the span of only two short sessions.

Secondly, the specific gene that was edited, CCR5, has been revealed to have gene enhancement implications. Research by Alcino J Silva, a neurobiologist at UCLA, published in the MIT Technology Review on February 22nd found that deleting the CCR5 gene “not only makes mice smarter but also improves human brain recovery after a stroke and could be linked to greater success in school.” It turns out that He was aware of the research behind this gene, although he argues he is against gene editing for enhancement. Regardless of his actual intention, that he knew beforehand that the deletion of the CCR5 gene could lead to gene enhancement makes his actions all the more reprehensible. Gene enhancement is a pandora’s box that could spell disaster for the world as we know it, and it was most definitely not incumbent upon He to make that decision for the world. The exact socioeconomic and political consequences of gene enhancement are beyond the scope of this article, but one can expect that a gene-editing arms race would likely follow the birth of gene enhancement capabilities.

If these two reasons fail to elicit concern about this experiment, there are other more practical reasons why the “bad” outweighs the “good” from this experiment, the main reason being how little transparency there has been in regard to He’s experimentation. In an experiment with such far-reaching consequences, one would expect a responsible researcher to thoroughly publicize his or her procedure to prove to other researchers that he or she has done the appropriate due diligence and that the experiment is legitimate. He has still yet to release such proof. Additionally, several prominent researchers have argued that they do not believe the experiment was medically appropriate, countering He’s scientific justification for it. They argue this perspective on the grounds that HIV infection in Chinese women remain relatively at a low rate and that there are already other methods of reducing the risk of children acquiring HIV from fathers infected with HIV than altering the human genome.

A Dangerous Lack of Oversight

The fact that this incident occurred in China appears to be no coincidence. Chinese scientists have been the first to produce CRISPR-edited monkeys, the first to inject CRISPR-edited cells into humans, and the first to modify nonviable human embryos using CRISPR. In part due to the massive increases in spending on research and development, these bold experiments are also the result of lax rules and regulations. Like most other countries, China has a set of rules and regulations surrounding gene-editing treatments, but these tend to be loosely-worded and not strictly enforced—as history has shown. A 2003 directive to in-vitro clinics by the Chinese Ministry of Health banned clinical experiments that “violate ethical or moral principles,” but it goes little into the actual penalties for breaching this directive.

Granted, there have been efforts by a sizable group of Chinese researchers and government officials to publicly condemn He’s experiment. However, these words of condemnations can never replace punitive action, and so far, any sort of meaningful punitive action has been withheld. Most of the actions by the Chinese government and He’s academic community have thus far been more about distancing themselves from He than taking a hard-line stance against his behavior. Perhaps the most concerning consequence of a lack of punitive action in the regulatory world is the undermining of the importance of legitimate research.

It would be easy to say that the solution to this multifaceted issue is more regulation and more enforcement, but the truth is stricter regulation is oftentimes better at stifling legitimate research than it is at stifling illegitimate research. Yes, China should improve the strength of its regulations and punish He for circumventing ethical procedures in this particular case, but what the world of gene editing needs is really more transparency and more transnational communication. And such a goal can only be achieved by the collective efforts of the international community and the academic community.

Fortunately, these communities are moving in the right direction. Organizations such as the Nuffield Council on Bioethics represent efforts by professionals to identify and address ethical issues in the fields of biology and medicine. The World Health Organizations has also formed an expert panel, just months after He’s announcement that he had created the first genetically-altered babies, to “develop global standards for governance and oversight of human gene editing.” Most crucial in this process, all things considered, is communication and transparency. International organizations and professional organizations must work together to not only build a framework for ethical gene-editing practices that transcends political and cultural differences, but also implement this framework at universities, research institutions, and hospitals.

The Future of Gene-editing and Bioengineering

If not now, then when is the right time to push the boundaries of human potential? When is the right time for progress? Well, in the most practical sense, the right time is when we do our due diligence, when we prioritize transparency and control in our experiments, and when our laws and regulations have given a foundation on which to conduct moral and sound experimentation. Real progress can never be achieved by reckless and illegitimate experimentation as surely as a navigator can never hope to find his destination without accounting for distance and direction. As our innovations become more monumental, so too do the risks they entail. But we have the knowledge and the tools to mitigate these risks now, if only we all acknowledge our individual responsibilities to do so.