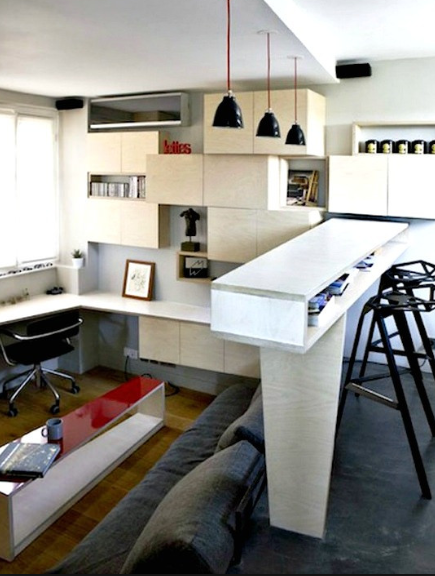 Student Housing: The Rise and Potential of Mini-Dorms

[vc_row][vc_column][vc_column_text]Mini-Dorms. No, it’s not some DIY sculpture of a room. It’s a developing housing issue facing students in college towns all around the nation. If you aren’t lucky enough or can’t afford the housing near your university, chances are, you’ve considered living in a mini-dorm. Basically, a mini-dorm is a privately owned home that has been remodeled to mirror a dormitory-style living situation and to cram in as many people as possible to maximize profits. Landlords systematically buy three- and four-bedroom houses and then remodel them into mini-dorms where they can charge high rents to people desperate for housing close to campus. This is almost exclusively used by students since no other demographic would tolerate not only sharing a bedroom with three other people but also a house with twenty others. With a prime location near the college and cheap rent, mini-dorms are attractive for all types of full-time students. But what is it like to live in one these mini-dorms? I talked to Gio and Leon, two junior transfer students in their first semester here at Berkeley, about their experience living in a mini-dorm. They live in a 12 bedroom house with roughly 25 people. Let’s hear about what they like and dislike about living in a mini-dorm.[/vc_column_text][vc_video link=”https://soundcloud.com/elson-law/gio-and-leon-final” el_width=”50″][/vc_column][/vc_row][vc_row][vc_column][vc_column_text]It seems clear that there are benefits and downsides to living in a mini-dorm. Benefits include cheap rent for almost always under 900 dollars, close proximity to campus, and a sociable living situation. The downsides are an overcrowded home with the various problems such as safety issues, kitchen problems, privacy concerns, that come with that. But why is this all important to us Bears? Besides concerns of landlords profiting off of students who are uniquely willing to compromise their quality of life for cheaper rent, there’s a bigger issue at hand.

Berkeley is in a unique situation to set the tone on how all college towns deal with mini-dorms. We don’t want to end up like the city of San Diego that had a very similar problem of mini-dorms popping up around popular colleges UCSD and SDSU. The city of San Diego passed strict legislation trying to stop the proliferation of mini-dorms altogether. In summary, they were sued by student activists and mini-dorm owners on the basis that the city invaded the privacy of renters near the campus due to surprise mini-dorm inspections conducted by city officials and violated the U.S. Constitutional tenet of equal protection under the law by imposing rules on tenant-occupied properties that don’t apply to owner-occupied properties. The plaintiffs won in the San Diego Superior Court. Now, the city of San Diego has no legal way of regulating mini-dorms since key legislation that was passed in order to stop the proliferation of mini-dorms was nullified.

Mini-dorms are a controversial issue for the city. Residents particularly dislike mini-dorms and want them gone due to complaints of rising traffic, trash, noise, parties, etc. that disrupt their once peaceful neighborhoods. However, students are in support of mini-dorms, as they are a viable alternative to the expensive housing market and some students would be homeless without such living options. Berkeley officials have been dealing with pressure from these two opposing constituent groups since 2012 when the first reported case of a unit being converted into a mini-dorm was debated on.

Instead of being vehemently opposed to the proliferation of mini-dorms, the City of Berkeley has taken a more appropriate response. Recently, Berkeley has adopted and finalized comprehensive legislation outlining operating standards, definitions, nuisances, punishments, etc. for mini-dorms. Most mini-dorms today abide by these regulations. However, are these regulated mini-dorms effective? For the most part, it seems that the controversy surrounding these mini-dorms have subsided. Residents do not seem to be as fiercely opposed to the current mini-dorm situations with landlords now required to have a manager on site to address any issues and punishments in place in case any of the regulations are violated. Let’s hear from Cherry Than, a 4th-year Rhetoric and Political Economy major, about her experience living in one of this regulated mini-dorm.[/vc_column_text][vc_video link=”https://soundcloud.com/elson-law/cherry-than-final” el_width=”50″][/vc_column][/vc_row][vc_row][vc_column][vc_column_text]So, it still seems like there are still some minor problems but these students seem satisfied in their current living conditions. We heard from Cherry that there are more regulations and organization that come with her mini-dorm living situation. But is this the best that the City of Berkeley could be doing?  There still seems to be some problems such as landlords tiptoeing on gray areas in legislation by having an on-site manager be a student instead of a being a more qualified employee. However, I am optimistic about the future of mini-dorms in Berkeley. Compared to other college towns, Berkeley seems to have the most successful in dealing with mini-dorms when compared to other cities with mini-dorms popping up such as Boston, Davis, and San Francisco. It might well be those respective city officials will look to Berkeley when it comes time to start regulating. Work need to be done, but it seems clear that mini-dorms don’t have to be a problem for the city. It’s been proven that mini-dorms can be a helpful tool in easing the burdens of the housing crisis for students, provide a satisfying quality of life, and can be successfully regulated.[/vc_column_text][/vc_column][/vc_row][vc_row][vc_column][/vc_column][/vc_row]