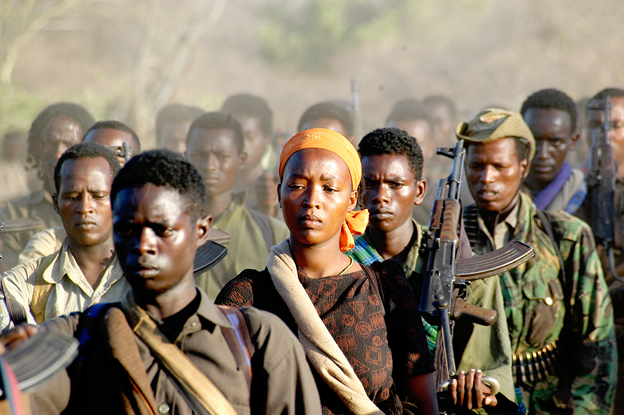 On September 16th outside of Ethiopia’s capital, Addis Ababa, leaders of the once exiled Oromo Liberation Front gathered. Scores of supporters came to show their support, and they had not forgotten one thing: the other ethnic tribes in the region were the ones that had displaced them. Some of the supporters began attacking non-Oromo people, leaving 23 dead and scores of people displaced. This kind of event is not a rarity in Ethiopia, with over 80 different ethnic groups and a plurality of unique ethnic conflicts growing across the country. Tragically, this is not even a rarity in East Africa: in Kenya, over 450,000 people are estimated to have been displaced by internal ethnic conflict; in Rwanda, there were over one million displaced due to the 1994 genocide; and in Uganda, over 1.8 million have been displaced since a 1986 coup led to mass ethnic and political conflict.

Across East Africa, these kinds of tribal divides have hampered potential for growth. Following post-colonial independence, many East African nations (except for Ethiopia, which was never successfully colonized by a European power, but was repeatedly invaded by Italy) were given arbitrarily drawn borders, which left huge numbers of previously warring ethnic groups to recreate their societies hand-in-hand. However, with the engineered collapse of their previous identity frameworks—their individual tribal identities and their identities as the subjects of colonization—Africans were left scrambling to create new forms of identification. In states like Rwanda and Kenya, post-colonization led to more violent and extreme tribal identification. Colonial powers had weaponized the pre-existing tribal divisions to prevent the unification of dissent against their rule. However, states like Tanzania managed to successfully use the unifying experience of having suffered through colonial rule to unite one of the most diverse areas in the entire world under one national identity. Rather than clinging to their tribal identities and allowing their nation to succumb to civil wars, Tanzanians unified for their common national interests. They succeeded in utilizing the same tool that was originally weaponized against them during colonization: nationalism.

Nationalism is a feeling of unity with a group beyond one’s immediate family and friends and serves as a critical antidote for tribal and ethnic divisions. Like any medicine, it is possible to take too much, but Africa is massively deficient. A study from the African Journal of International Affairs and Development shows that multi-ethnicity is the most common denominator associated   with violent conflict, and Africa is the most ethnically diverse continent on Earth. The problem multi-ethnicity poses for peace is exacerbated in Africa, where—as I already explained—borders were arbitrarily drawn by Western colonizers. This has led to genocidal conflicts in Nigeria, Liberia, Uganda, Rwanda, Burundi, Somalia, Sudan, Congo, and a host of other African states. These ethnic conflicts can be overcome, however, as illustrated through the examples of relative peace achieved Botswana, Namibia, Mauritius, and even once-colonized nations outside of Africa.

The African Research Review outlines the root causes of frequent conflict in Africa as follows: (1) the creation of arbitrary borders by colonial powers, (2) heterogenous composition of African states, (3) inept leadership, (4) corruption, and (5) poverty. While the damage of the creation of arbitrary borders is irreversible and the process of creating homogenous ethno-states in Africa would likely result in violent upheaval, the latter four factors can be addressed through the cultivation of nationalist feeling. The heterogeneous composition of African states is only problematic in the context of unequal political power sharing. As Adebayo Adedeji, Nigeria’s Federal Commissioner for Economic Development & Reconstruction from 1971 to 1975 says, “what African countries have lacked during most of their history, as independent states are leaders who are unifiers… [and] pursue a policy of inclusion rather than exclusion.” By promoting a more national consciousness and emphasizing political responsibility based on the nation rather than ethnic affiliations, Botswana, Namibia, Mauritius, and South Africa have escaped this trap more than their counterparts. Political elites from these nations have worked to cultivate a shared commitment to common political rules and institutions, and to a policy of accommodation, negotiation, and acceptance of autonomous social interests on a national level. Conversely, leaders in Libya, Sudan, and Nigeria often exploited ethnic divides and stoked the flames of ethnic division in attempts to preserve their own power.

As for corruption and poverty, nationalism is an answer for both. Nationalism cultivates a feeling of unity within a  nation, despite ethnic, religious, or political identities. Nationalism disincentivizes corrupt practices, because it makes individuals see their own welfare as connected to the welfare of others within their country. This is empirically demonstrated through the International Social Survey Programme’s (ISSP) measure of nationalism from nation to nation. When World Bank estimates of corruption are compared with the ISSP results, one can consistently find a negative correlation between nationalism and corruption. In addition, countries with higher levels of nationalism are consistently wealthier across the board. This is demonstrated in Botswana, one of the wealthiest and fastest growing African nations, which has thrived from endorsing nationalist ideals.

Despite nationalism’s scorecard on preventing corruption, poverty, ethnic divisions, and thusly on preventing conflict, it has a bad reputation. Many point to nationalism as the root cause of Germany’s aggression in World War II, and a driving factor in inter-state conflict. However, this is misattributing blame to nationalism.  Nationalism is simply the sense of collective unity that turns large groups into extended families. While German leadership called upon the “German identity” to rally support for atrocious acts, this was not a form of nationalism. This was a form of ethno-nationalism, which is entirely contradictory to nationalism itself. Instead of calling upon a diverse group to rally as a nation, German leadership in World War II stoked ethnic rifts that separated the people within Germany. Additionally, they championed the ethnic ideal of the Aryan. This is not an appeal to national identification, but rather racial identification.

Some may also point to the rise in “nationalist” fervor in Eastern Europe. However, much like African nations today, nations that were once part of the Soviet bloc lost their national identity with the collapse of the Soviet Union and the subsequent redrawing of borders. With the loss of the broader national identity of being part of the Soviet Union, Eastern European nations have, in many cases, fallen back upon their ethnic identities. White supremacy is not nationalism, but it is ethnic tribalism, even when it is nested in arguments of a national history being tied to a certain race.

Finally, some may argue nationalism may decrease intra-state conflict in Africa, but increase inter-state conflict. However, we must first examine the primary causes of inter-state conflict in Africa today. Upon examining the Eritrean-Ethiopian war, the Sudan-South Sudan Border Conflict, the Ethio-Somali War, and Djibouti-Eritrean Border conflict, one can see that these wars were driven by perceived border vulnerability caused by differences in ethnic identification. Due to loose border control by uninterested national governments, other nations are emboldened to initiate territory conflicts. Additionally, invasions are often justified by members of a certain ethnic group residing within the border of another nation, much like how Russia justified their invasion of Ukraine with the existence of a large ethnic Russian population within Ukraine. These conflicts are initiated by weak national allegiances and comparatively strong ethnic identifications.

The Oromo Liberation Front’s violent actions this past September reflect one thing: the ethnic divisions in Africa are challenging the stability of many states, including some of the more affluent states, like Ethiopia. As is the case in many nations, this is a monster Ethiopia has inflamed, and one that they can tame. They have constructed a political system that excludes groups based upon their ethnic identification, making loyalty to the nation nearly impossible for those forced into the periphery. Nationalism is the antidote to the ethnic divisions that are rampant across East Africa, and as illustrated by Botswana, a recipe for affluence. Unlike what many believe, nationalism is simply a theory of political legitimacy, which holds that ethnic boundaries should not cut across political ones, and in particular, that ethnic boundaries within a given state should not separate those that hold power from the rest. The violence can end, if only East Africa can embrace nationalism, and cast off the ethnic divisions of the past.