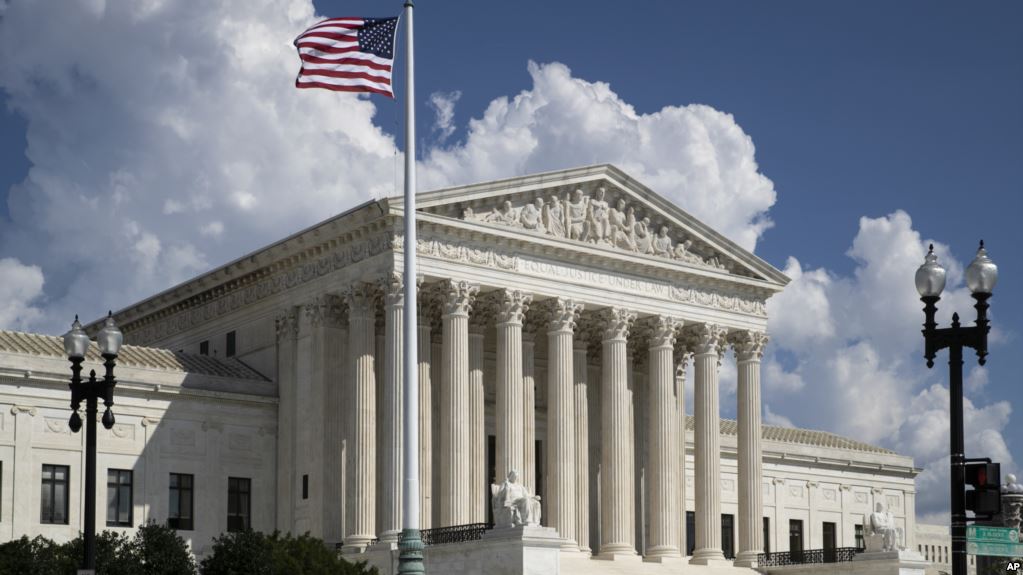 Did the Politicalization of the Supreme Court Start in California?

Where California goes, so goes the nation. We have all heard this statement, but the question is, is it true? In the case of the increasing politicization of the United States Supreme Court, this certainly seems to be the case. This story goes beyond Brett Kavanaugh and his sexual assault allegations and in fact, starts back in the 1970s — a time before even Kavanaugh was enjoying a beer. Partisan bickering aside, there is a well-documented history of the shift in the Supreme Court nomination process from a procedure that is focused on confirming qualifications and experience to a party-line split bloodbath, and that history begins in California.

In 1977, Jerry Brown was in his first term as California Governor and was breaking the status quo at every opportunity that he could, such as his support for environmental protection legislation and his proposal for a California-funded space satellite. That year, the Chief Justice seat was vacant on the California Supreme Court, and it was up to Governor Brown, otherwise known as Governor Moonbeam, to fill. Brown bypassed the more traditional choice, a white man that had been a California Supreme Court Justice for years, and nominated his long-time friend, and fellow Boalt School of Law graduate Rose Bird. Bird was a lawyer but had very little political or judicial experience; nonetheless, her nomination made her the first female Chief Justice of California, implementing radically liberal decisions from her powerful seat.

The nomination process for the California Supreme Court is much different than the nomination process for the United States Supreme Court. The governor begins the nomination process by selecting a lawyer or judge and checking their credentials through the California State Bar’s Commission on Judicial Nominees Evaluation. Then, the individual must be confirmed by a special committee, made up of well-respected California judges, called the Commission on Judicial Appointments, which reviews the nominee’s qualifications. Rose Bird passed both of these processes, although the Commission approved her 2-1; Senior Presiding Justice Parker Wood voted against her due to her judicial inexperience and lack of qualifications.

Following these two steps, a Justice must then be voted in by the public in the next general election. A Justice that has passed through the first two steps of the process serves on the Court until the next election and must be re-confirmed by the voters every 12 years. This is where the polarization began for Rose Bird. Bird was a very liberal Chief Justice who was adamantly against the death penalty and big business. During her nine years on the bench, she did not once utilize the death penalty, a bold move in the 1970s and 1980s — the death penalty still maintained widespread popularity in this era. Governor Brown had tried to end the death penalty in California in 1972, yet in 1977 the State Legislature overrode Brown and reinstated the death penalty. Bird’s opposition to the death penalty combined with her liberal tendencies and judicial inexperience angered California Republicans, who began a campaign against her leading up to the election of 1986. The opposition campaign was led by Republicans within the state and focused almost exclusively on her opposition to the death penalty — although most experts were aware that her stance against big business was the larger political issue at hand. The Republicans also included Bird’s fellow anti-death penalty liberal justices Cruz Reynoso and Joseph Grodin in their campaign to get Justices off of the Court.

The Republicans’ campaign succeeded and Bird, Reynoso, and Grodin were voted off of the court in 1986; a Republican governor had been elected after Brown and he appointed three Republicans to take the three Democrats’ seats. The campaign resonated with voters and Bird was ousted by a margin of 67 to 33 percent. Governor George Deukmejian then appointed several conservative justices to fill the vacancies and effectively moved the court to a more ed right-leaning, pro-business (and pro-death penalty) judicial philosophy. This election of 1986 was radical in the aspect that one political campaign sponsored by one party effectively swung the entire state’s Supreme Court to the opposite end of the political spectrum.

The following year, a vacancy in the United States Supreme Court opened up that President Ronald Reagan had to fill. Reagan nominated Robert Bork: an ultra-conservative politician who often came out supporting racist and sexist ideologies. Following his nomination, Democrats launched a huge political campaign to try to prevent his appointment to the Supreme Court. A political campaign of any sort in regards to the Supreme Court was unprecedented but a campaign of this size was almost unimaginable. The campaign began with a speech by Senator Edward Kennedy strongly opposing Bork’s nomination and evolved into an all-out campaign against the judge including mass mailings, lobbying, and TV ads. Initially, the opposition campaign did not seem very successful, yet after his lackluster performance at the Senate hearings, senators and the public increasingly favored a rejection of his nomination. His dull answers seemed to fit perfectly into the Democrats’ campaign of painting Bork as another boring, white, conservative man who cares little for the public. He was rejected 58-42.

While this story seems very normal through our modern lens, Antonin Scalia, another extreme conservative, although not as offensive in his rhetoric or decisions, had been approved 98-0 the year before. What changed between 1986 and 1987, between Scalia and Bork? Rose Bird had been removed from the California Supreme Court following a highly political campaign thus setting the precedent for a politically motivated opposition to Supreme Court justices. The politicization and polarization of Bird’s time on the Court and her subsequent removal from the Court was noted throughout the country.

While Rose Bird had a definite impact on the politicization of the United States Supreme Court, her removal is not the only reason for increased polarization. During the same time that the term “Borked” became popular, referring to a political demise of a person nominated for the Supreme Court, the Court itself was becoming increasingly political because of its controversial decisions, especially on social issues. Abortion, free speech, and later, gay rights, came to the forefront of the highest court in the land and inherently made the court much more political. Simultaneously, the nation was becoming increasingly polarized which also led to the increased polarization of the Supreme Court.

The growing polarization within the nation created the current political atmosphere in which the country watched the partisan battle over Kavanaugh’s nomination, ending at 50-48 to approve Brett Kavanaugh into the Supreme Court. While Kavanaugh had the closest vote to approve a Justice ever recorded, there has been an increasing number of very close votes since Bird and Bork were ousted from the Court. Neil Gorsuch was approved 55-45 in 2017 and Samuel Alito 58-42 in 2005. This increasing dilemma of the polarization along party-lines threatens the purpose of the Supreme Court as a nonpartisan entity to uphold and interpret the Constitution.

The votes for Kavanaugh were along party lines, but that has only been a recent tradition within the country. President Barack Obama nominated and confirmed two justices within his term, both also were separated at party lines. Elena Kagan was confirmed at 63-37 which may not seem extremely polarized, but five Republicans voted to confirm her and only one Democrat voted against her. This polarization has become a determining factor of the Justices presidents nominate, yet the Supreme Court was not intended to be a political entity.

Within California, this polarization is not as extreme as it currently is on the federal level, or as it was when Rose Bird was removed from office, yet people still campaign against justices for the California Supreme Court. Currently, in the upcoming November 2018 election, there are two California Supreme Court Justices on the ballot. Carol Corrigan is a current justice up for re-election; while she has been retained by voters once and is endorsed by the LA Times, a crucial endorsement for a conservative-leaning Supreme Court justice within California, there is a current campaign against her claiming she does not support LGBT rights. While these accusations are largely over-emphasizing a dissenting opinion, the presence of the campaign demonstrates the continuance of politicization of the Supreme Court within California.

While the politicization and polarization of the United States Supreme Court is a result of multiple factors such as increasingly political decisions and an increasingly polarized country, there is no doubt that the removal of Rose Bird and her colleagues from California were the catalyst for the increased polarization and politicization of the United States Supreme Court. Where California goes, so goes the nation.