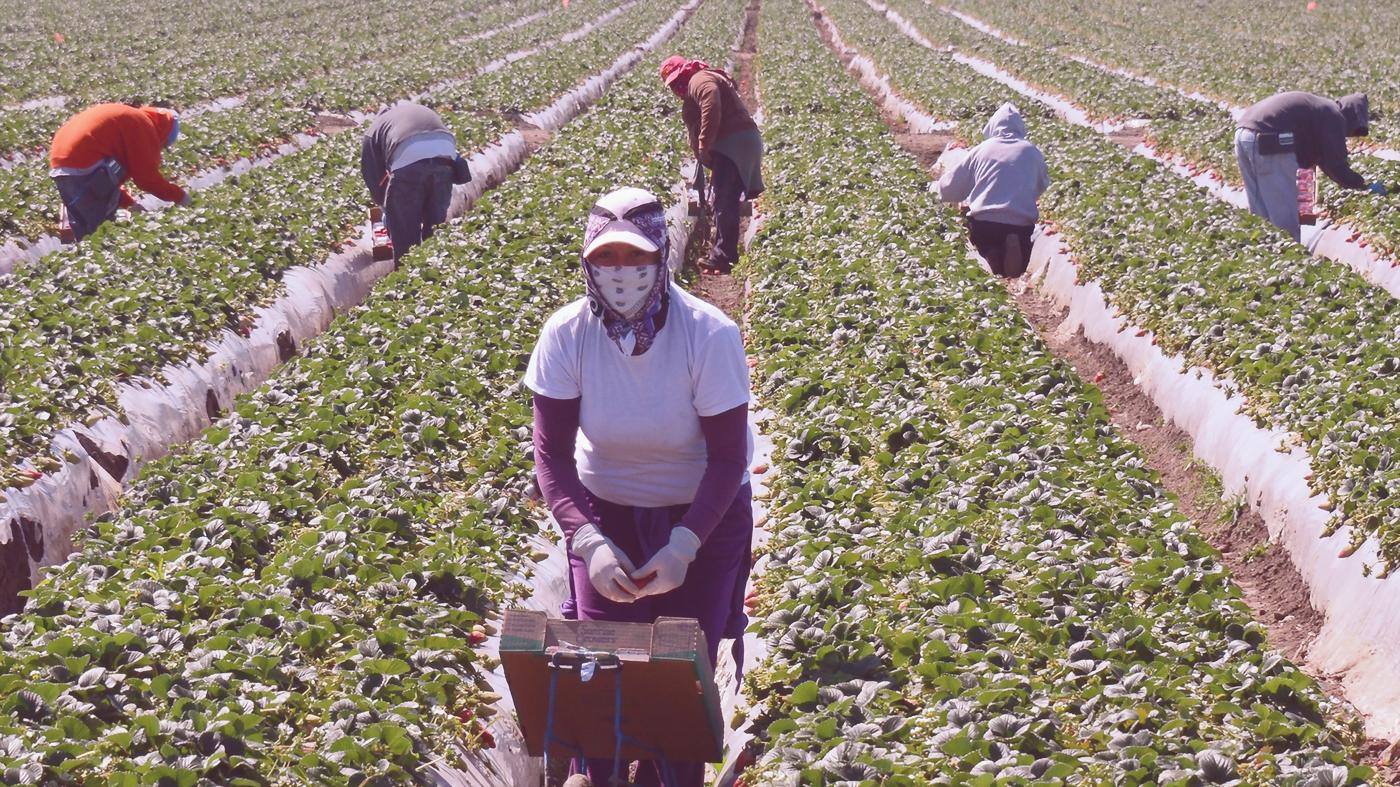 President Trump announced in March a steep increase in tariffs on $50 Billion of Chinese imports spanning more than 1,300 different products. When China responded a few weeks later with a 25 percent tariff on some American manufacturing and agricultural goods, the White House expanded its own tariffs to include $100 billion in Chinese products. As of November, negotiations have worsened and reconciliation seems unlikely, since Chinese tariffs on American products total over $110 billion, which encompasses almost all of America’s exports to China. And since American exports to China amounted to around $635 billion in 2017 alone, the effects of this trade dispute were immediate and disturbed millions nationwide regardless of party affiliation.

After Trump deployed his initial tariffs in March, the rest of the month saw a precipitous stock market decline — at one point dropping 700 points in a single day. International businesses suffered the greatest loss of value, as investors retreated from the newly unstable financial environment overseas. Industries most affected by the tariffs, namely steel manufacturers and aluminum retailers, laid off workers, halted expansion projects, and lost a significant profit due to the rising prices of raw materials. Notably, Harley-Davidson Motorcycles shifted some of its production outside the country to avoid international tariffs, which would reportedly cost the company $100 million annually. Though the Chinese-American trade dispute impacts companies and industries nationwide, California and its incredibly productive agricultural sector are disproportionately affected by the federal government’s disastrous foreign policy.

Almonds are the state’s most lucrative crop, and its supply is valued at around $6.5 billion annually, mostly through trade with California’s top partners: Canada, Mexico, and China. All of these countries have followed China’s lead in the introduction of tariffs aimed at crippling California’s agricultural sector. Soy, corn, wheat, cotton, rice, sorghum, beef, pork, poultry, fish, dairy products, nuts and vegetables are now on the list of California products that are practically inviable on international markets due to federal government shenanigans, and the losses of such immense profit is already hurting the state and its farmers. As Richard Waycott, president and CEO of the Almond Board of California, summarizes, “growers are very concerned about the trade conflict.” Waycott and his board visited Washington, D.C. in May to stress the importance of resisting protectionist economics to California representatives.

287,000 Californians work in industries directly affected by China’s tariffs, the largest number of any state, so deescalating international tensions should be of primary importance to the state’s economy. But this is no easy task considering the White House’s eagerness to disturb free trade abroad and the dwindling hope of reconciliatory trade negotiations. In addition to tariffs from California’s three largest trading partners, India, Turkey, and the European Union all have outstanding tariffs on American products that include agriculture. This means that half of California’s ten most profitable export destinations are now economically impassable for the state’s consistently profitable agricultural industry due to retaliatory tariffs.

The immense reduction of California’s agricultural competitiveness overseas undermines one of the most economically successful industries in the nation. The state produces $21 billion of crops per year, accounting for 13 percent of the national total. Within the state, agriculture employs hundreds of thousands, especially in rural counties that center around the industry. Certain communities even specialize in a certain crop or two that provides a majority of the region’s revenue, such as Gilroy’s legendary reliance on garlic as a cash crop. Representatives from these districts, despite being Republican Trump supporters, are understandably shaken at the current administration’s disregard for California’s rural economy.

Ten representatives from both major parties, including four Central Valley Republicans, sent a letter to the White House outlining the damage that trade disputes cause to the state economy and urging eventual reconciliation with China and other provoked trading partners through free trade. Within California, the group Farmers for Free Trade launched a statewide ad campaign with the goal of “highlighting the widespread economic pain” that the Trump administration wrought on California in its ‘trade war’ with China. The group also hosted town hall meetings in Bakersfield and Fresno last August to pressure the federal government to halt protectionist policies that reduce farmer profits on the international market.

To compensate for the projected loss in farmer profits among some of his most devout supporters in California, Trump announced a $12 billion dollar aid package to farmers whose harvest is affected by international tariffs. While well-intentioned, former Rep. Jeff Denham of the Central Valley correctly stressed that “solely relying on a food purchase and distribution program for … extremely diverse and high-value commodities” is economically unsound. Federal aid is simply a poor replacement for the traditionally profitable sale of California agricultural product overseas, and farmers are likely to notice this in the future through a crop surplus and a cash deficit. The relief fund also adds more financial waste to an already ludicrous foreign economic plan, and Republicans outside of California are unlikely to appreciate such a severe financial strain on the federal budget.

Another fatal issue with Trump’s aid plan is that it excludes specialty growers from benefit eligibility, instead favoring farms focused on more foundational crops such as soybeans, corn, wheat and sorghum. This discrimination disproportionately hurts smaller farm enterprises whose production variety is limited financially and geographically while favoring larger agribusiness corporations that can partly avoid international tariffs through crop transitioning. The letter that California representatives addressed to Washington included an exhortation encouraging the federal government to “continue working with the specialty crop stakeholders on their recommendations” for appropriate aid measures that are designed to pad the losses of farmers who need it instead of agribusiness giants that do not.

The commotion that California Republicans are creating over Trump’s wildly protectionist foreign policy is shaking faith in his presidency not only in California but in the Senate as well, where Finance Chairman Orrin Hatch (R-Utah) is drafting a bill to limit the president’s ability to regulate tariffs. Senators Pat Toomey (R-Pa.), Bob Corker (R-Tenn.), Lamar Alexander (R-Tenn.), and Doug Jones (D-Ala.) have also drafted similar measures intended to halt international tensions and economic ruin. In retaliation, Trump commented that any Republican who supports such bills is a “weak politician,” while confusingly acknowledging in the same thread that America “lost $817 Billion on Trade last year.” Some loyal Trump supporters in the Senate have also decried opposition to tariffs, though as Jeff Flake (R-Az) believes, this is due to a lack “of willingness … to challenge the President” from within his own party rather than genuine devotion to the economic scheme.

Despite the political chaos forming in the Senate and in California over tariff disputes, Trump seems content to continue his policy into the near future. And with China-America relations degrading, Beijing has planned a further $60 billion worth of tariffs on American product including agriculture, which foreshadows further financial pains for California farmers and others working in affected industries. Further escalation of tariffs on Chinese goods will likely correlate with decreased trade with Europe, Mexico, Canada, India, and other key powers in the future, rendering California crops competitive in only a marginal fraction of today’s expansive markets. Furthermore, the divide that Trump’s economic scheme has created within his own party will only grow as relations with China and other major trading partners falter, threatening his support and that of his party among California Republicans and moderate politicians in Congress.

Early in the year, White House Press Secretary Sarah Sanders ensured America that Trump’s tariff plan would cause “short-term pain” but “long-term success”. Near the end of 2018, California farmers can only verify the first part of that statement. Mounting surpluses, shrinking international markets, ruinous trade relations, and incompetent economic policy certainly brought the short-term pain that the federal government promised California growers. But the financial crisis that these factors have presented to California farmers has not led to anything resembling long-term success, and difficulties will persist as long as spitefully irrational federal policy prevents California agriculture from competing fairly on the international stage.