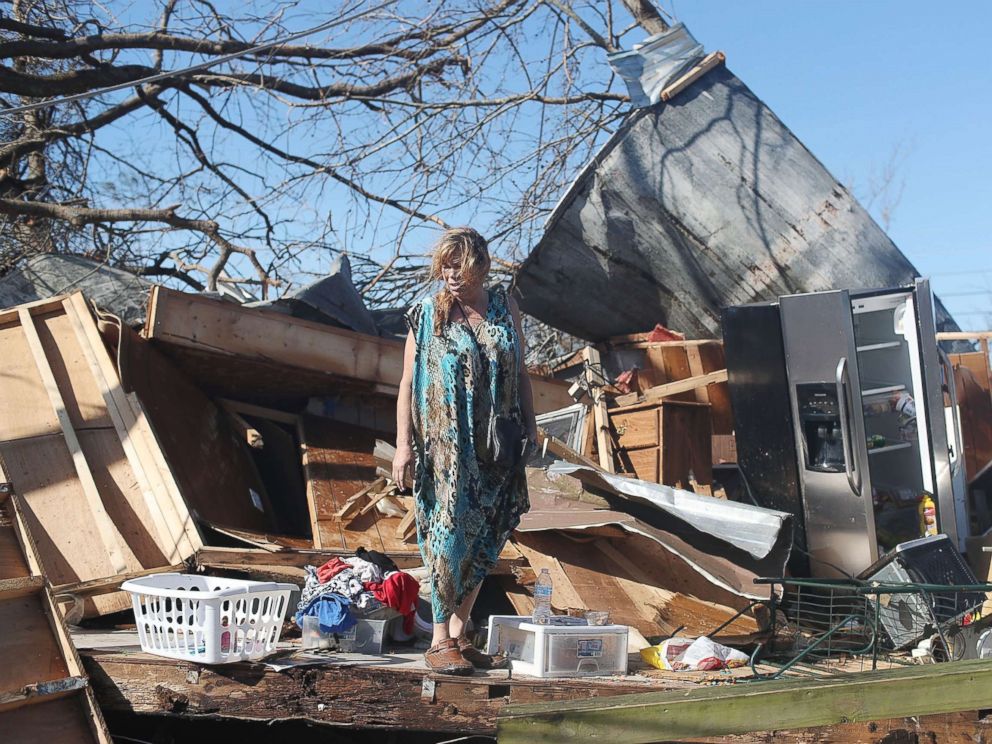 2018’s October Surprise?: Hurricanes and What they Mean for the Midterm Elections

In 2005, Hurricane Katrina devastated the southern portion of the United States. The disaster resulted in thousands of deaths and billions of dollars in damage, leaving many to argue that the response by the Bush administration had been inadequate and ill-timed. As a result of the destruction of critical infrastructure, businesses, and homes, the unemployment rate in the most heavily impacted regions rose by 10% immediately following the Hurricane.

A few months after the storm, Democrats, preparing for the 2006 midterm elections, capitalized on the destruction brought about by Katrina and the ineffective response of the Bush administration to motivate their base and persuade undecided voters. In the aftermath of Hurricane Katrina, voters’ trust in President Bush to handle a crisis dropped from 60 percent to 49 percent. As a result, Democrats re-took the House in 2006, and even in 2008, reminders of Hurricane Katrina and the failure of the Republican Party once again resurfaced to critique Republican governance.

Destroying hopes for a Republican President in office, one example of an October surprise was Hurricane Sandy. Unlike Katrina, rather than causing voters to move away from supporting the incumbent, President Obama utilized Hurricane Sandy as an opportunity to move voters to support his party. Prior to Hurricane Sandy, President Obama in the 2012 election had an advantage of just 1 percentage point in the polls. A few weeks after the storm, after final votes were counted, he won by a margin of 4 percentage points. Many Republican pundits argued that Obama’s approval bump was caused by the October surprise of Sandy. Hurricane Sandy created a “rally-around-the-flag” phenomena, characterized by its power to increase public popularity, that prompted voters to support the President and his endeavors to relieve impacted areas.

But is the impact of the October surprise truly significant, or is it simply a convenient explanation for last minute changes in loyalty among undecided voters? It is certainly the case that these October surprises only truly impact close elections and there is no clear way to tell what their true impact is on individual voters. However, the recency effect, a well-tested psychological phenomenon, could provide the answer to why voters may be more heavily impacted by recent political events, these so-called October surprises more so than older news. This phenomenon, proven in laboratory settings, indicates that individuals recalling information are more likely to remember information that was presented to them most recently compared to information that was presented before. In this way, October surprises, as one of the last events that people remember before voting, would have a larger impact on voting behavior since these recent surprises would be the first thing people remember about the candidates or the issues.

The true correlation, and whether it is causation, between October surprises and voting behavior is an important question, but an even more important question is what individuals in power believe – and most politicians do not like the odds of ignoring something that could cost them an election.

This fear of October surprises could perhaps be an indicator of why President Trump has emphasized Hurricane Michael and accompanying disaster relief. Though his presidency is not at stake in 2018, Republican seats in the House and Senate are at risk, a fact that Trump realizes is extremely important in order to pass his legislative objectives between now and 2020.

In light of the importance and significance of the 2018 elections, it is no wonder that the recently devastating hurricanes Florence and Michael are top priorities for the Trump Administration. Given the strong criticism former President Bush faced for his administration’s response to Hurricane Katrina, criticism that contributed to Republicans’ loss of Congressional control in 2006 and the Presidency in 2008, President Trump is likely factoring in the importance of these hurricanes into his campaign strategy.

In response to Hurricane Michael in particular, the more severe of the two hurricanes, President Trump has sent thousands of FEMA employees to affected areas in addition to the 3,000 FEMA employees already in the region who were sent to help following Hurricane Florence. Additionally, in the aftermath of Hurricane Michael, President Trump has pledged a 75 percent federal funds matching rate for repair costs and relief, meaning that 75 percent of the costs for infrastructure re-development and relief will be provided by the federal government.

President Trump’s dedication to alleviating these disaster-stricken regions has paid off. Following his pledge for federal funding for relief efforts in the South and pledge to send FEMA employees to assist, his poll numbers have increased. President Trump is now polling at a 47 percent approval rating and his support continues to increase, jumping ahead of President Obama’s approval rating at the same time during his first term in office.

The way in which the Trump administration handles these natural disasters is important for Republicans to retain Congress and the Presidency, something President Trump realizes himself. While October surprises come in a wide range of shapes and forms, Hurricane Michael just being the latest one, two things are certain: voters pay attention to recent political news and elected officials are worried about October surprises.