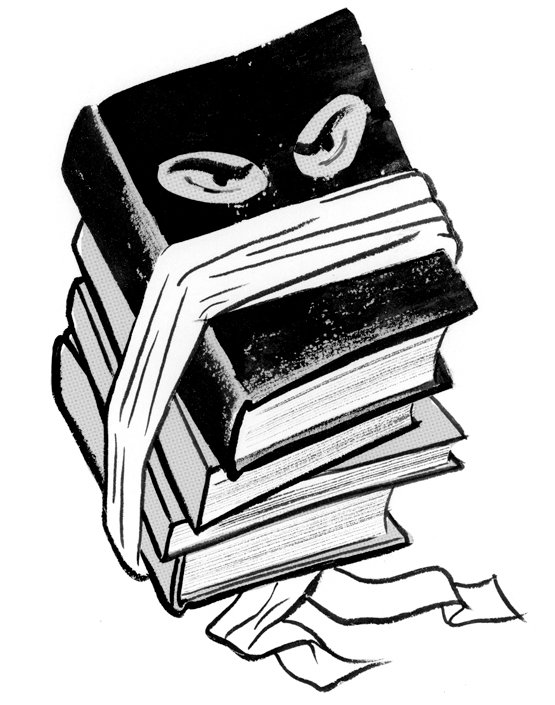 Is censorship in California school districts an issue that the public’s ignored? Do school districts have the right to ban books from their libraries or restrict student access to literary materials? Are we doing more harm than good by omitting sensitive discussions in the classroom?

In 2014, The Fault in Our Stars, a book chronicling a star-crossed teenage love story, sold 5.7 million copies and captivated the nation. In 2014, the book spent 124 consecutive weeks on the prestigious New York Times best-seller list and was turned into a movie that grossed over 300 million dollars in profit. In 2014, the book was also banned by Riverside Unified School District (RUSD) from public middle school libraries.

Why was such a popular book, targeted towards teens and young adults, banned from 42,000 teenagers? What about this novel was so grossly inappropriate that middle school aged children needed to be sheltered from? RUSD restricted access to the book after a single mother complained of profanity and inappropriate sexual themes.

California school districts have significant independent authority in determining what themes and rhetoric to which their students may be exposed. School boards, unless otherwise challenged, determine whether or not a book should be accessible to thousands of students. And who are these school boards? Are they experts in child development and education? Sometimes. Other times, like the current president for the Board of Education at RUSD, they are active parents who have run for leadership positions within their county. The current president for Board of Education at RUSD has a Masters of Science in wildlife. While her graduate degree may be impressive, it does not classify her as an expert on education, yet she heads a board that decides what educational material children can access.

Riverside is not the only California school district that’s taken controversial actions censoring literature. One of the five elected members of Conejo Valley Unified School District (CVUSD), Mike Dunn, attempted to ban Sherman Alexie’s The Absolutely True Diary of a Part-time Indian, a novel approved for the high school students by “teachers and curriculum experts.” The novel was determined to be appropriate for school use by individuals that focus solely on developing curriculum. Rather than the school board members, these individuals are specifically qualified and educated to make such decisions. Dunn argues that it’s under his authority to personally decide what material the students in his district can/cannot read. He proposed publicly that, in the case of Alexie’s novel, he would personally read the book and then decide if it was too mature or controversial to be included in the curriculum. Dunn — a man that had no experience or formal education relating to childhood education prior to being elected to the school board — had more authority over public curriculum than actual curriculum experts. In a later school board meeting, Dunn claimed that he had not completed Alexie’s novel but felt, from the parts of it he did read, that it included “profanity, vulgarity, excessive violence and pornography,” making the novel inappropriate for the classroom.

These are not unreasonable concerns. A second grader should not be reading the Kamasutra — there should be some limit to the literature that is propagated in the educational sphere. However, these decisions need to be made by qualified education experts. Dunn’s moral decision did not represent the moral feelings of various teachers, parents, and librarians, and yet he — along with four other board members — held authority to choose what information should be accessible to children.

Other states in the United States have faced similar controversy with school boards censoring literature. In Minnesota, Duluth School District pulled To Kill A Mockingbird and The Adventures of Huckleberry Finn from curriculum due to sensitivity of racial slurs and language. This controversial action led to heated debates about the necessity of sensitive discussions happening in the classroom.

Censorship is not just a Californian issue, but rather, a broadly divisive subject in most American school districts. Individuals against book bans often cite the First Amendment as protection against censorship in public schools. Others feel that school boards have a responsibility to protect students from inappropriate and harmful literature.

This is a largely contested question of the First Amendment’s breadth. Some would argue that freedom of information is an extension of freedom of speech. The government cannot limit an individual’s speech and, similarly, cannot limit other people from accessing that speech.

However, under Miller v. California (1973), the Supreme Court set a precedent for limiting free speech and created specific standards under which obscenity laws could do so. Obscenity laws allow the government to curtail excessively inappropriate speech based on three criteria, otherwise known as the Miller test:

“(1) whether ‘the average person, applying contemporary community standards’ would find that the work, ‘taken as a whole,’ appeals to ‘prurient interest’ (2) whether the work depicts or describes, in a patently offensive way, sexual conduct specifically defined by the applicable state law, and (3) whether the work, ‘taken as a whole,’ lacks serious literary, artistic, political, or scientific value.”

Under this established precedent, school districts have some power to limit the information provided to its students.

Conversely, the Supreme Court has also issued more ambiguous rulings regarding book bans in public schools. In Board of Education, Island Trees Union Free School District No. 26 v. Pico (1983), Steven Pico directly challenged his school board’s ability to ban certain books on ‘moral principle.’ While the school board had said that they wanted to ban books on moral principle, in reality censoring novels aligned closely with their political agenda.

Books, like Slaughterhouse-Five, which is one of the books Pico’s school board had attempted to ban, are controversial because they challenge existing social structures like religion, gender, and traditional value systems. Specifically, Slaughterhouse-Five is thought to be “anti-Christian” and its ideas challenge moral conservatism that persists in modern politics. Preventing conversation on moral differences in an educational sphere was microcosmic for the society. The school board was quite literally stopping conversations of moral difference in the classroom to generate a moral syncretism in broader society. Book banning was a means of bolstering certain political agendas on social conservatism. The Duluth School Board in Minnesota may have had similar reasoning for attempting to ban The Adventures of Huckleberry Finn and To Kill a Mockingbird. Both novels create challenging conversations around race and racialized language; banning novels that challenged social structures of the past inhibits children from learning how to challenge their reality. These children are banned from learning about time periods with cultural differences, and the social change that stemmed from divisive conversation. It perpetuates a society of syncretism; rather than embracing difference and encouraging discussion that highlights diverging opinions, the school boards foster an ignorant homogeneity. In the Pico case, the Supreme Court sided with the students and concluded that the Board of Education’s “discretionary power is secondary to the transcendent imperatives of the First Amendment.”

Although important to the issue of censorship, the Pico case did not set legal precedent for dealing with book banning. While the case was ultimately decided on a 5-4 majority, with the Court ruling in favor of Pico, the question of whether book bans constituted a violation of the First Amendment was split 4-4, with Justice Byron White refusing to invoke the First Amendment in his concurrence. Thus, Pico did not “set clear guidelines for school boards to follow, and it did not even fully define students’ First Amendment rights in relation to censorship and selection.” The Supreme Court needs to readdress the issue of censorship and set a necessary precedent for book banning.

Dunn of CVUSD is using his own ‘moral principle’ to decide the appropriateness of books to be included in curriculum; and simultaneously, pushing a political agenda in the educational sphere. Although the Supreme Court did not necessarily set a precedent for moral determination, school boards should not be allowed to ban books based on such a subjective determination of the morality of content. These book banning actions taken by several California school boards in their school libraries unconstitutionally limit freedom of information for students. California students are entitled to a public, nonpartisan education and to the public services of this education; this necessarily includes unfettered access to books of diverse material. Literature should not be banned from being in curriculum because of its controversial nature, unless experts on education concur with a particular ban. School boards should not have absolute authority to create moral decisions that limit constitutional rights. In cases like Minnesota’s ban on racially-sensitive language, we are curbing necessary discussions about race and limiting the social education of our youth. This situation in Minnesota is nearly identical to the issue of book banning in the Pico case. Ignoring divisive moral and social issues, especially in educational spaces, fosters ignorance and perpetuates basic misunderstandings. There is no better time to have productive social discussions and create impactful change than through the means of literature in an academic environment.

And while censorship can be dangerous, not all censorship is bad. Proper limitations should be instituted by experts on childhood development, rather than a school board’s personal moral standard. Monitoring literary material and media is a responsible action for school boards to take, but decisions about censorship need to be determined by legitimate experts on childhood development. While national core standards and state curriculum frameworks have been determined by experts for public schools, there is no standard procedure for school boards to reform their curricula in consultation with certified experts. Censorship decisions should not be made by a sole figure on a school board — they should be challenged by the public and explored by curriculum experts to determine if limiting access is appropriate for an age group.

In the case of CVUSD and RUSD, these decisions were made by non-experts on school boards and based on the supposed ‘immorality’ of the material. What qualifies a school board to make moral decisions on behalf of thousands of students? How do we justify limiting freedom to information based on a standardized ‘morality’?  Book banning and censorship have not reentered the Supreme Court since the Pico in 1983, but the country has changed dramatically in the past 30 years. With the accessibility to information that new mediums — like the Internet — provide, we need to readdress standards for public censorship, especially in public schools.

Claire Rider was one of the Editor-in-Chiefs of the Berkeley Political Review for the 2021-2022 school year. She graduated from UC Berkeley with a B.A. in Anthropology and American Studies. She is passionate about understanding how policy change happens, and is particularly interested in agricultural and food-related policy.