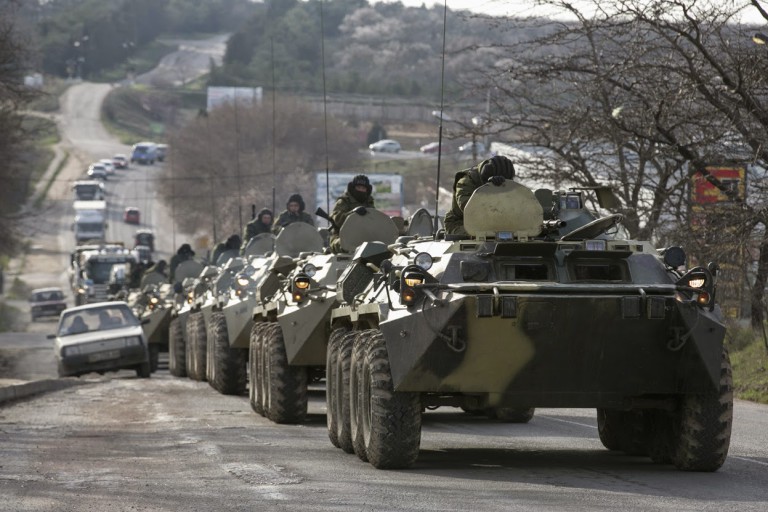 Ukraine Wants Weapons, and NATO Should Give it to Them

Four years after Russia violated Ukraine’s territorial integrity and seized the Crimean Peninsula, it is clear that Putin got exactly what he wanted—and at little cost. While Russia used direct and decisive military action, the international community responded with underwhelming sanctions and words of admonishment. Years later, Ukraine remains tormented by constant attacks from pro-Russian separatists from Crimea, and its struggle has become merely an afterthought within the international community. It is time for decisive action.

The U.S. and NATO should send lethal weapons to aide Ukraine in its struggle against pro-Russian separatists and Russian forces.

Current efforts to resolve the situation have failed, and have only been useful insofar as they have confirmed Russia’s determination to permanently hold onto Crimea. Exhibit A are the Minsk agreements and ceasefire agreements, which have attempted to bring peace to the region but have failed miserably to do so. Following the eruption of hostilities in 2014 between Ukraine and separatists and following the influx of Russian armed forces into the peninsula, an agreement known as Minsk I was hastily formed to prevent all-out war. Minsk I broke down soon after it was formed. Minsk II was brokered the following year by Germany and France, but it was convoluted and “riddled with loose language.” Few public officials believe Minsk II can achieve what it intended to achieve, and there is little to no demonstrated interest by Russia, which accuses Ukraine of “failing to fulfill its political promises,” to compromise.

Likewise, sanctions have been all but harmless to Russia. The temporary costs of sanctions are insignificant compared to the strategic and economic value of the acquisition of territory, particularly when Russia seems to have offset sanctions from the West by strengthening its relationship with China.

All said and done, diplomacy and non-military options have been largely ineffective because the West has neither used any force nor issued any threats of force to give leverage to those options to begin with. Public officials in Europe, NATO and the US have hesitated on the use of force because they are concerned about escalating the conflict in Ukraine, but what these officials have overlooked is the fact that military force and diplomacy are two sides of the same coin. You cannot have one without the other.

Therefore, in this situation of limited options, employing military options is justifiable and necessary. From a strategic point of view, not employing military options paves the road for more problems in the future between the West and Russia. Just like the WWII policy of appeasement, doing nothing and employing no show of force against Russia’s actions emboldens Putin to commit more egregious acts and undermines the West’s, particularly NATO’s, ability to deter in the future. What Russia has done thus far is a complete and utter infringement upon Ukraine’s sovereignty. It is shameful that the West, which frequently invokes the right to sovereignty, has become subservient to its own fears and so irresolute.

Taking into consideration the underlying factors and fears, the foremost course of military action the West, or specifically NATO, must take is to send Ukraine lethal weapons, as per its request. These weapons can be anti-armor systems, mortars, grenade launchers, and other munitions, and their purpose must be to give Ukraine a definitive advantage against the separatists and to give international backing to Ukraine’s cause. Strengthening Ukraine’s military power is the precursor to establishing unity of purpose between NATO and Ukraine, forcing Russia to recalculate what its long-term interests are, and giving it the necessary motivation to come to the bargaining table. Without this critical step, nothing else can be accomplished.

Of course, sending weapons to Ukraine is a deliberate act of escalation, but escalation should not be an option that we avoid out of fear, particularly when it can be an effective force for good. The proposed action to send weapons to Ukraine comes with high risks, such as the possibility of a proxy war between West and East, but these risks can and should be mitigated by planning ahead. It will be crucial to establish beforehand what the objective of sending lethal weapons to Ukraine is, to what degree of lethality is necessary to accomplish that objective and that objective only, the limitations and parameters for Ukraine using these weapons, a de-escalation plan that outlines protocol for repossessing weapons from Ukraine, and contingency plans for counteractions that Russia may take.

More specifically, a de-escalation plan would include instructions on gradually reducing the number of weapons in circulation, details on how these weapons would be transported to and from Ukraine, and clarifications on the degree of de-escalation that would be appropriate given the range of potential concessions by Russia. Equally crucial, comprehensive contingency plans must be formed for every possible scenario. A threat is only as good as the resolve  behind it, and contingency plans make certain of this resolve, both to ourselves and to Russia. In other words, we must prove to Russia that we are serious about escalation if it is to lead to any real opportunities for de-escalation. Another important purpose of contingency plans is to reaffirm to Russia and the world that NATO is prepared, capable and motivated, an image of NATO which seems to have deteriorated over the years.

The fear of increasing hostilities between West and East is a legitimate fear, but continual inaction is an even greater threat, given that it will likely lead to conflict of greater scale. When we appear indecisive and afraid, our adversaries see it clearly and will take advantage of our irresoluteness without remission. Currently, many European liberal democracies have become hampered by various international and domestic issues, and “there is a generation of political leaders throughout the world whose basic perception of U.S. military power and political will is one of weakness.” It is times like these when the leaders of these powerful liberal democracies must take a firm stance against those who stand contrary to our values. In the case of Ukraine, we must begin by sending lethal weapons to aid Ukraine in their struggle and giving Putin the proper incentive to engage in productive diplomacy.