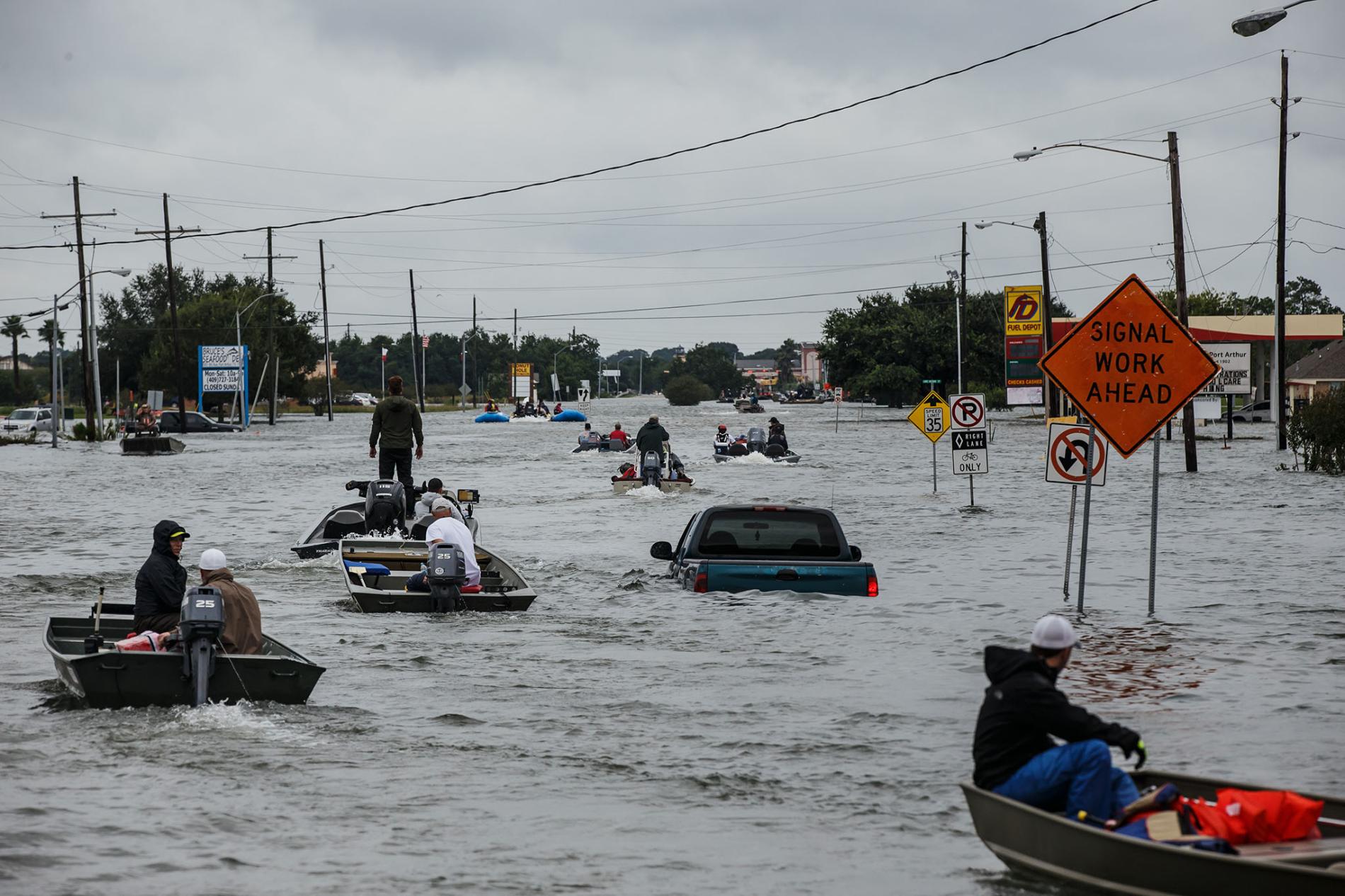 Rich and poor nations across the globe are confronted with natural disasters every year that test their political leaders’ competence and acumen. During Hurricane Katrina, the Federal Emergency Management Agency’s (FEMA) poor leadership under Michael Brown, the agency director appointed and praised by President Bush, cost the president public support. In 2012, the public rewarded President Obama in the election polls — Rasmussen polls, which typically lean right, reported Obama’s approval rating from 47 percent to 51 percent among registered voters — after what they perceived to be effective leadership during Hurricane Sandy. It seems as if we’re doing a good job of holding our leaders accountable, but what if we’re actually making it worse?

Voters tend to focus on issues that have concrete effects on them or involve visibly changing the status quo. When natural disasters occur, this behavior causes the nation to rally behind affected areas and push for effective management and recovery. After all, what is more concrete and in need of change than the image of a middle-class family’s house flooded with all their material belongings destroyed by a force beyond their control? While these reactive processes are clearly beneficial and often unite the political battleground for sake of natural disaster victims, they sometimes mask the fact that such severe damages could have been mitigated in the first place. For example, if more money had been invested in effective drainage systems, infrastructural damages and human casualties could have been reduced.

Our sensitivity to disaster relief has caused us to undervalue disaster preparedness, where the former focuses on recovery and reactive mitigation measures after the disaster has occurred and the latter focuses on preemptive the potential destruction of disasters before they occur. We vote for politicians who respond to natural disasters effectively, as we should, but then elected officials have no incentive to drive policy toward more proactive measures. According to a study conducted in 2009 by Andrew Healy and Neil Malhotra, presidential candidates are rewarded in the polls for funding relief but not preparedness despite the latter being more economical, efficient, and safe. The problem is that when disaster preparedness is done well, nobody notices.

In a time when global warming is heating mother nature’s temper, relief oriented practices are simply not sustainable. The onslaught of hurricanes last year was the costliest in U.S. history, causing $300 billion in damages and more than 1000 deaths. And this disaster is not an outlier; climate change is predicted to cause more frequent and severe hurricanes in the following years. The bottom line: we’re going to fight a losing battle against environmental destruction if something does not change.

The United States has, however, taken some steps in the right direction. After heavy criticism of its handling of Hurricane Katrina, the Bush Administration issued Presidential Directive 21 in 2007, which “aimed at strengthening the security and resilience of the United States through systematic preparation for the threats that pose the greatest risk to the security of the nation, including … catastrophic natural disasters.” The Obama administration issued similar goals in Presidential Directive 8, launching the Leaders in Business Community Resilience initiative to foster preparedness development in the private sector; steps to reduce the vulnerability of homeless persons were taken as well. In 2017 under the Trump administration, FEMA launched “FEMA Resilience” with hopes of quadrupling preparedness spending on strengthening buildings and infrastructure by 2022 .

A variety of obstacles continue to undermine the small progress being made toward disaster preparedness. One problem is the lack of data on state spending during natural disasters. Without relevant and comprehensive data, new policies risk simply shifting the financial burden from one level of government to another, losing valuable opportunities to promote efficient investments from all levels and control rising disaster costs. Most states do not thoroughly track their spending on natural disasters. For those that do, spending is highly variable and non-standardized. Delaware spends over 90 percent of its natural disaster budget whereas Wyoming spends close to nothing. North Dakota spends over $200 million for its own preparedness program but other states report mitigation spending as a part of required disaster expenditures to receive federal funds. State and local relationships vary widely as well. Pennsylvania will allocate funds for disaster relief if local governments meet certain percentages of federally determined cost-sharing requirements depending on the type of natural disaster. Local governments in Ohio, on the other hand, are expected to pay everything out of pocket.

Better tracking and more comprehensive data across all fifty states would allow federal policymakers to target cost-saving mitigation measures, see which states’ practices are most effective, help areas that are not aligning with FEMA’s goals, and predict how changes on the federal level will affect states and their localities. But the onus is on the electorate to make comprehensive data gathering a priority. As it is, state policymakers focus on annual budget items like Medicare and education, issues that voters are particularly sensitive to. If voters realize the mounting dangers of natural disasters, policymakers will make the voters’ priorities their own. Then, detailed data on how states spend during different stages of disaster management or what share of the cost is paid by local governments could be collected.

When Hurricane Florence approached the east coast, it would have been the perfect opportunity to turn theory into practice, but instead, the Trump administration took $10 million from FEMA’s budget and reallocated it to the Immigration and Customs Enforcement (ICE) agency. In addition to rendering “FEMA Resilience” as empty words and naive hopes, it speaks to the degree emotion affects the political priorities of both voters and politicians. Rather than recognizing the legitimacy of climate change and the growing threat of natural disasters, voters and politicians cower to the idea of foreigners crossing our borders. Once again, localized fears prevent us from seeing the larger picture.

Instead of fearing the foreign, perhaps we can actually look to foreign nations such as Bangladesh for solutions to rising national disasters. Bangladesh is the most climate vulnerable nation in the world, facing numerous earthquakes, floods, and tropical cyclones every year. The nation is highly populated with a density of approximately 1250 people per square kilometer, and about 80 percent of the population is situated near the tributaries of the Ganges Delta which is particularly susceptible to flooding. Additionally, half of the labor force is employed by the agricultural industry. The combination of frequent disasters and human and economic vulnerability has rendered catastrophic effects on the country when disasters were not managed effectively.

In recent years, the government of Bangladesh has become particularly adept at handling natural disasters due to their focus on disaster management in the context of poverty alleviation. High vulnerability areas are determined by poverty, economic, and population indices; food security and infrastructure stability are subsequently strengthened to improve resilience. Between 1991 to 2010, over 20 million people were lifted out of poverty, raising Bangladesh’s status to a lower middle-income country; in 2016, it had the second fastest economic growth rate. As a result, the death tolls from cyclones have declined despite an increasing frequency of cyclones and a growing population.

While this complicated organizational hierarchy may prompt the typical American aversion to bureaucracy, there are two important aspects of this structure that should be noted. First, although the budgetary and policy decision are concentrated at the national level, the structure emphasizes implementation at the local level. American political discourse surrounding disaster management frequently pits the idea of autonomous localities against powerful big government when the solution, as Bangladesh demonstrates, is a compromise between both.

Second, the NDMRF, which helps mainstream relationships between various levels of government, the private sector, and NGOs intentionally parallels Bangladesh’s framework for poverty alleviation. The government’s safety-net programs and economic empowerment efforts thus compliment bureaucratic structures for disaster management and allows resilience to be developed on economic, social, and political fronts simultaneously. For example, cyclone shelters in Bangladesh typically consist of primary schools built on raised ground, making it a monetary concern for both the Ministry of Disaster Management and Relief and the Ministry of Education. Building new shelters and strengthening existing ones requires cross-sectional cooperation to optimize expenditures, killing two birds with one stone.

The scientific, economic, and moral arguments for bolstering disaster preparedness are clear. If voters continue to let shortsightedness rule over long-lasting disaster policy, we are simply waiting for the perfect storm.