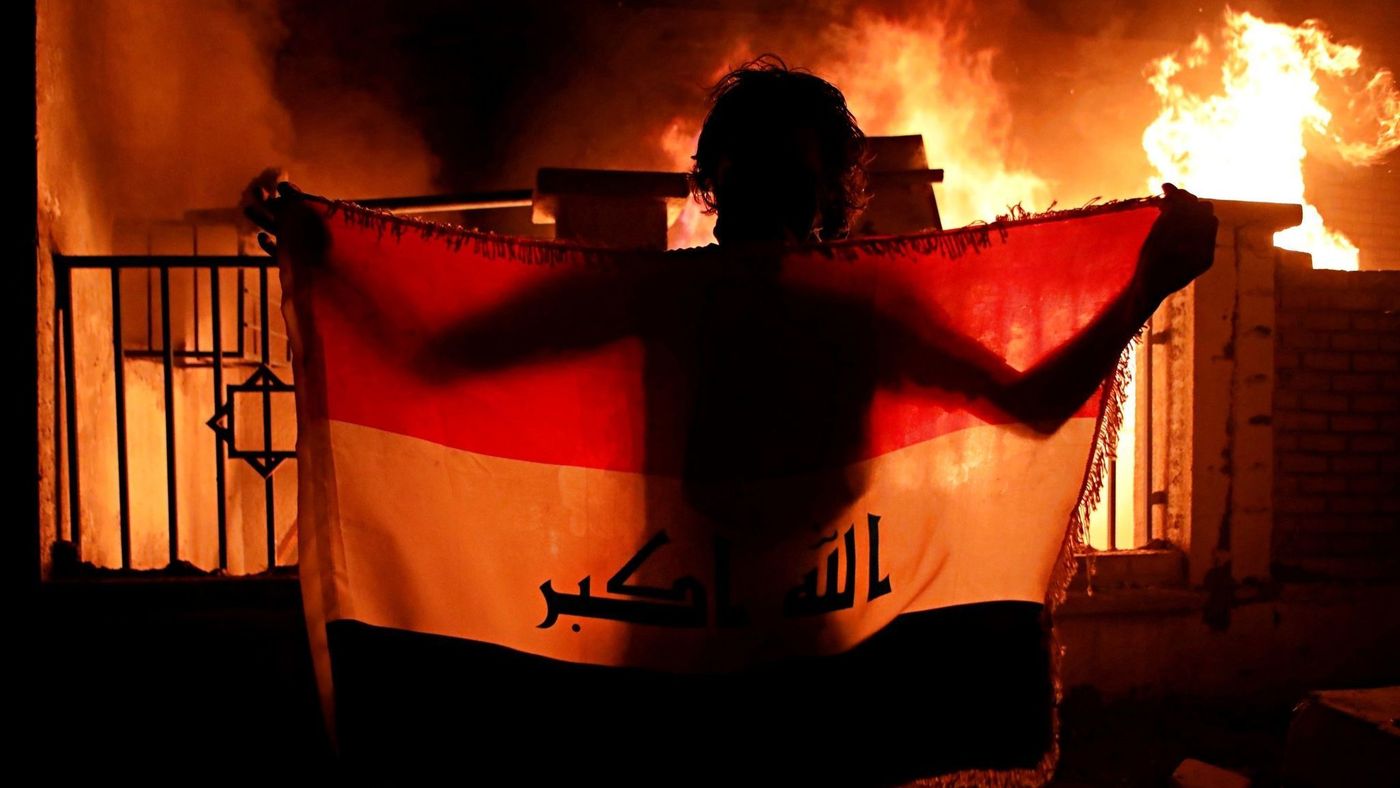 Basra in Flames, with No Water to Put out the Fire

Basra is a city located in the southeast of Iraq, bordering the countries of Kuwait and Iran. Basra is known as the oil capital of Iraq, yet despite the abundance of wealth, the whole country, and especially Basra, has been suffering from a stagnant economy. Government corruption, financial mishandling, and high unemployment took the Basrawis to the streets and before the Iraqi Armed Forces knew it, they were facing an army of apoplectic civilians. Over the past couple of months, the Basrawis have managed to burn several government establishments, including the regional offices of political parties and the Iranian Consulate, in an effort to express their anger towards the corrupt politicians and the Iranian government’s infiltration in Iraq.

Basra, despite producing the majority of the oil exported by Iraq, is the most underserved city in terms of public services. Over the past decades, post-Iraq war, Basrawis have suffered from electricity shortages, poor infrastructure, and lack of clean water. Basrawis have been dealing with these issues for a long time, so what sparked this conflict and where did this all start?

Historical and Geopolitical Context of Basra

Basra is sitting on one of the largest oil fields in the world and one would think that this would bring economic advantages to the city. However, in this case, Basra’s oil fields have caused a lot of its geopolitical conflict and tension. Over the recent history of Iraq, Basra has been the target of constant military violence. Being on the borders of Iran and Kuwait, Basra has been the heart of many wars and invasions, including the Gulf War and the U.S.-led Iraq Invasion. Basra was one of the starting points for the Iraqi troops to march to Kuwait for the invasion and the target of the historical catastrophe, “The Highway of Death,” where U.S. forces struck 2,000 vehicles and 70,000 Iraqi troops retreated to Basra for safety.

Another major drawback for the city’s location is its proximity to Iran. The Iraqi government is strongly affiliated with the Iranian government, politically and economically as their largest trade partner. The current Iraqi prime minister, Haidar al-Abadi is the leader of the Islamic Dawaa Party, a Shiite party governing over the Sunni Iraqi majority. Al-Abadi is a continuation of the Shiite party that took over after Saddam Hussein as facilitated by the U.S. government. The Islamic Dawaa Party is strongly associated with the ruling body of Iran and the Basrawi protestors have been blaming the Iranian government for supporting such a corrupt rule. The corruption has been entrenched in the Iraqi government since the new government takeover. Members of the parliament are among the highest paid employees in any field, taking away the majority of the revenue earned by the city’s oil production and putting it directly into their own deep pockets. This injustice and discontent have deeply angered the Basrawis. Recently, these problems have increased to a point where 17,000 people were poisoned from toxic water and university graduates were working market jobs selling fruits and vegetables due to the rising unemployment rate of 25.5 percent, as told by one Basrawi resident (AP Interview).

A Deeper Struggle for Autonomy

Basrawi protestors felt despair with the lack of public services, but water and electricity were not the only reasons why the residents hit the streets. Basrawis have been calling for devolution of power in Basra from the federal government of Iraq ever since the U.S. invasion on Iraq. When the U.S. established a “democratic” Iraqi government, it failed to address the ethnic divisions among the Kurds and the Arab-Iraqis, the religious sects (Shia and Sunni), and it failed to create a stable federalist system. The U.S. failed, rather intentionally, to instill a federalist system similar to the one in the U.S., that focuses on fiscal decentralization rather on ethnic lines. This has deeply impacted the fiscal distribution of revenue among the cities.

Basra’s production of oil revenue has been mostly captured by the central Iraqi government, withholding any funding for the Basra governorate to spend on public services. The local Basra governorate has attempted to petition the central Iraqi government to recognize its economic independence but has failed continuously. The local officials of Basra threatened to sue the central government for holding the profits from Basra’s oil fields but were struck down. This constant oppression gave rise to a new group, known as “Assembly of the Sons of the Basra Region” or “Abna’ Al-Basra.” This youth group has been leading and organizing the majority of the civil unrest happening in the Basra. With hopes to call attention to this power-hungry government, the residents are taking this chance to establish a more federalized system of governance.

What Does the Future Hold for Basra?

Upon seeing the hopeless Basrawis, Iraq’s prime minister finally decided to unleash his development projects in Basra, promising $3 billion in jobs and public services. But how likely will these services and budgets be utilized? Not so much. The public officials on the federal level have been taking these funds to pay for their personal expenses and luxurious lifestyles. But with the pressure of the Basrawi people, it may push them to use these funds in a more efficient way. In an interview with a Basrawi resident, named Yaseen Aiman, he told me about his fears that the unrest will not trigger any change in the course of this untrustworthy government. “This has been happening for many, many years and we are tired of begging for basic things like water! I can’t even wash my clothes or car with this water so how do they expect us to drink it. More than ten people died fighting for water! But it doesn’t matter to them, they [Iraqi politicians] will never care because they are safe in their palaces, away from this reality.”

As Yaseen mentioned to me, while politicians do make these promises, Basrawis and Iraqis, in general, have a history of politicians deceiving them with ungrounded campaign promises. This promise may be another campaign tactic for Al-Abadi, but for the people of Basra, this is their last chance for their city to survive. The government’s corruption runs deep, with millions of barrels of oil produced yet Iraqis not seeing a drop of it.

Ultimately, the Basra crisis is an urgent one that requires more attention from the public eye, especially in the international sphere. Allies of Iraq need to call out the injustice happening in Basra and support the people’s effort to gain better public services. If Iraq’s government is not held accountable for its corrupt actions, then this too will go unnoticed.