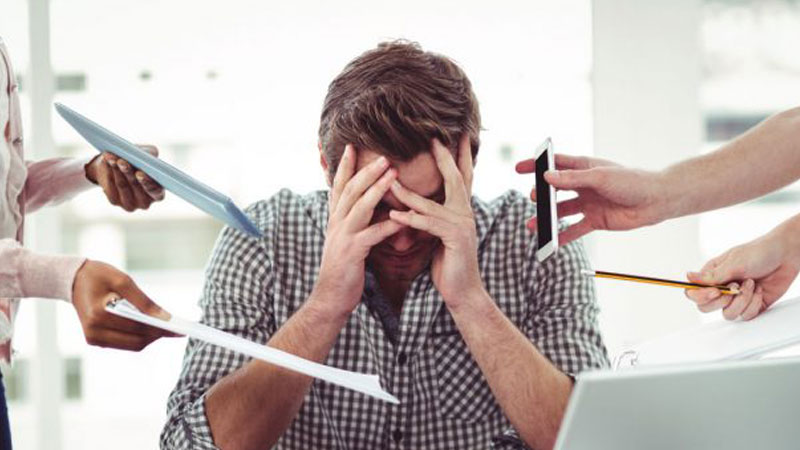 The Tyranny of Microaggression

On university campuses, increasingly within social interactions, and now potentially in large corporations, there has been a movement that should be cause for concern. This movement, which stems largely from the principles of PC culture, is the growing preoccupation with retaliating against microaggressions–defined as “comments or actions that subtly and often unconsciously or unintentionally express a prejudiced attitude toward a member of a marginalized group.” Examples of such comments are: “I believe the most qualified person should get the job,” “Where were you born?” and “There is only one race, the human race.”

Recent PC culture attempts to alter social norms and deconstruct these deeply embedded prejudices of people, which in and of itself is a noble cause. Nevertheless, its methods have led to an offshoot culture of verbal policing and entitlement that is detrimental not only to individuals, but also to our democratic society at large. If we are to continue the progress that PC culture has created, we must reconsider how institutions and we as individuals should respond to these microaggressions.

Firstly, in order to understand the bigger picture behind what is occurring, we have to take a step back and look at where it all started. Political correctness as a movement began in the 1980s, with the specific purpose of restricting hate speech directed at marginalized peoples in America. It was just as controversial then as it is now because it collided with the fundamental ideas of freedom of speech, but it was ultimately beneficial to society in that it “challenged the literary, philosophical, and historical canon” and pushed many educators to include more diverse perspectives in their curriculum.

Today, the resurgence of PC culture has taken on a new dimension. PC culture has shifted from not only attempting to illuminate the struggles of marginalized groups, but also to attempting to protect the emotional well-being of marginalized individuals by regulating microaggressions. Trigger warnings to an extent and safe spaces at elite universities are clear indicators of this shift. Beyond institutional examples, there are many cases of individuals who feel immense pressure to self-censor, or to refrain from saying certain things that could be interpreted as a microaggression for fear of retribution, and of individuals who publicly demand others to self-censor.

Professors and educators, the very people entrusted to expand the minds of their students, are among those expected to self-censor. Northwestern University professor Laura Kipnis writes, “Emotional discomfort is [now] regarded as equivalent to material injury, and all injuries have to be remediated.” In corroboration, another professor writing under a pseudonym reports, “Hurting a student’s feelings, even in the course of instruction that is absolutely appropriate and respectful, can now get a teacher into serious trouble.”

What does it mean for teachers to be punished for simply challenging the beliefs or opinions of their students? At its core, it means this change is problematic because it reinforces a premise of human fragility—that the human psyche is an extraordinarily fragile construct, meant to function best when it is shielded from words and ideas that create discomfort. However, standard psychological research shows a reality that stands in direct contradiction with this premise. It is primarily through exposure to words and ideas that cause anxiety or discomfort, and sometimes even anger, that individuals foster critical thinking skills, wisdom, and understanding.

A commonly-referenced illustration of the habituation principle in psychology gives credibility to the above-claim: Imagine a person who has an extreme phobia of elevators, perhaps because of a past trauma involving an elevator. This person, as a result of the anxiety he or she receives from elevators, makes a continual effort to avoid all elevators. And let us also imagine that this person somehow successfully lives his or her life avoiding elevators. What then? Well, this person would be anxiety-free, but he or she would also live in a prison of avoidance. According to the habituation principle, a much healthier strategy for dealing with this source of anxiety is direct and consistent exposure—to continually ride elevators. Not only does this tactic alter the individual physiologically to be more comfortable with elevators, but it also empowers them at a psychological level to overcome their phobia.

A parallel can be drawn with microaggressions. When we begin to compile a list of phrases that one is allowed to say and phrases that one must not say, we are avoiding all “elevators.” This is because imposing a subjectively determined list of phrases works to erect barriers between different people, as different people will determine different lists of phrases, ceasing communication before it can even begin. Even if a majority of people understand the fallibility of such a subjective “list,” it only takes a few combative individuals in a group to shut down the avenues of constructive communication. Therefore, if institutions and social norms are molded to throw microaggressions and the prejudices that underlie them under the figurative carpet by giving these few combative individuals power over discourse, we are merely avoiding the roots of the issue, not resolving them.

To the contrary, contemporary advocates of PC culture have argued that it is important to regulate microaggressions “because they seem to be both symptoms and causes of larger structural problems.” That by retaliating against microaggressions and calling people out for them, we can effectively help resolve these larger structural problems, or at least alleviate the stress caused by them on marginalized groups. Indeed, there is little doubt that these problems that serve as barriers against marginalized groups exist, and are huge sources of anxiety. Further, regulating microaggressions temporarily protects marginalized groups from words and ideas that may exacerbate the pain from the hardships that stem from these issues. But the long-term solution cannot be to regulate microaggressions out of conversations, because prejudice is evolutionarily a part of being human, and regulating microaggressions would do little to actually resolve these prejudices. Instead, remember the person who is afraid of elevators. The first step in overcoming these prejudices is not to filter them through subjectively determined institutional or social rules.

Yet, we have still seen a deliberate movement in favor of regulating microaggressions gain traction among more recent generations in the form of safe spaces and trigger warnings. The result is a movement that is very likely contributing to increased levels of depression and anxiety among young adults, and a pattern of victimhood. A reasonable deduction is that the premise of human fragility propagates common cognitive distortions, recognized in psychology, known to cause depression and anxiety. An example of a cognitive distortion is labeling, which describes when “[a person assigns] global negative traits to [themselves] and others. ‘I’m undesirable,’ or ‘He’s a rotten person’.” Labeling describes the increasingly normalized moments of outrage against individuals who say something perceived as a microaggression. Another example is overgeneralizing, the act of perceiving “a global pattern of negatives on the basis of a single incident. ‘This generally happens to me. I seem to fail at a lot of things.’” The culmination of these destructive ways of thinking is victimhood, a concept that ennobles individuals based on the degree of their suffering. Ensnared in a preoccupation with their suffering, these individuals find it all the more difficult to overcome it. Suffering is a very real thing, and should not be dismissed.  However, it is apparent that distortionary thought processes can induce a vicious cycle of even more suffering.

Some argue that holding people accountable for microaggressions actually “codifies the empathy that can help lead to a more inclusive atmosphere” and alleviates suffering by encouraging more thoughtful communication. In other words, by calling out people for microaggressions, individuals can deter the usage of more microaggressions and form the parameters for productive conversations. And to some extent, the regulation of microaggressions has been beneficial in that it has achieved this outcome to a degree, particularly on university campuses. Unfortunately, this claim ignores how the movement gives virtually every individual the authority to establish what can and cannot be said in the public sphere based on their own subjective responses. This characteristic of the movement unintentionally shuns and dismisses the many people who either disagree with its views or regard microaggressions with much less importance than other issues. A much more likely effect of holding people liable for microaggressions is the creation of communities that are not inherently inclusive and largely attract individuals who are already empathetic to one another, rather than the very people that PC culture is trying to influence.

There are societal implications of regulating microaggressions that are important to consider as well. When we expect our institutions to punish the use of microaggressions, we as individuals are conceding too much power to our institutions. The power to impose a particular viewpoint or will on the people is precisely the sort of soft despotism that Tocqueville appropriately stated was the principal enemy of American democracy. We seem to only be giving these institutions new prejudices to supplant the old ones which is undesirable because it not only fails to teach us how to deal with these innate prejudices constructively, but also contributes to the highly partisan and unproductive political arena we see today. No longer does politics seem to be centered around individual ideals and views, but rather around institutional ideals and views. Democrat or Republican. For or Against.

There must be a better way. And it must involve relieving institutions like universities and corporations from a responsibility to protect individuals from the microaggressions that are frankly inevitable in environments that promote bold thinking and diverse perspectives. Otherwise, we are allowing institutions to enforce a morality on people that “binds and blinds,” and are doing a disservice to people by not preparing them for the reality of a world imbued with words and ideas that cannot be controlled. The progress we have made as a country and as a democracy has always been through a process of conflict and resolution, and our institutions and individuals should not lose faith in this process. Although the intentions are clearly good, the regulation of microaggressions undermines the value this process has to the individual and to society.