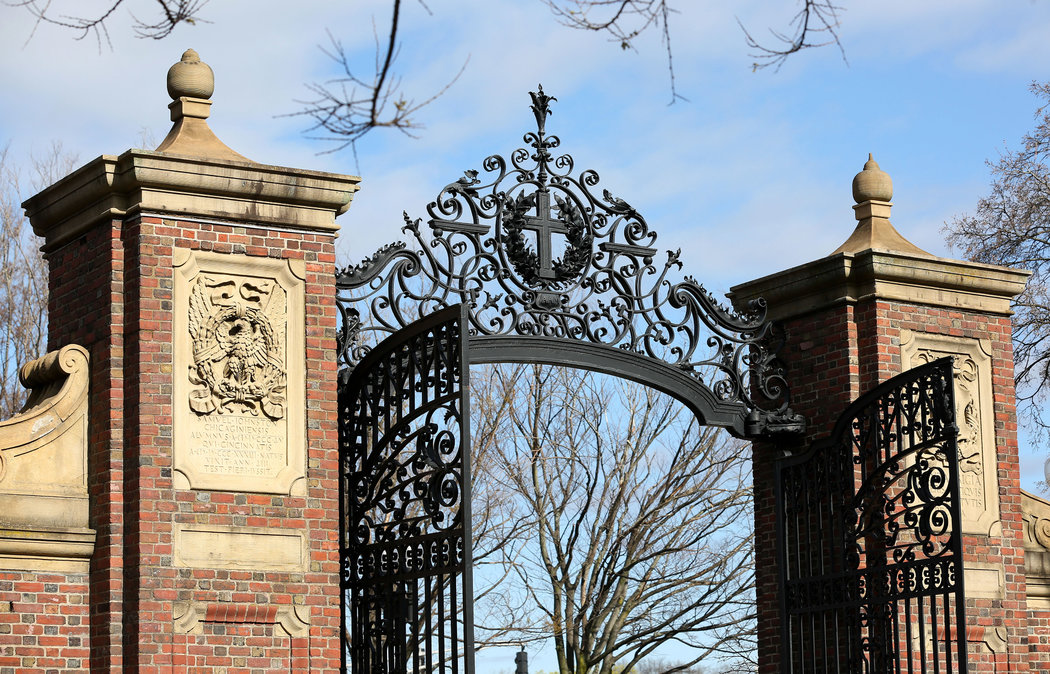 Creating A College Admissions Process Based On Disadvantage

Affirmative action policies have been adopted by universities across the country for at least four decades, in the hopes of ensuring a diverse campus by creating an equal playing field. The motivation behind these policies is admirable. As someone who was born in a country where over 98 percent of the population shares the same culture, passport, and tradition, I appreciate student-body diversity as much as anybody. However, good intent does not justify bad policy. In fact, most bad policies are signed off with good intent. By giving certain applicants special considerations based purely on race, colleges are not giving the same considerations to other applicants simply because of the color of their skin. This is the very definition of racism, and there is no such thing as good or justified racism. We must understand that today’s injustice will not be the solution to yesterday’s injustice.

I am not arguing that affirmative action policies are unconstitutional; that debate can be left for our legal scholars and the court system. There is currently an ongoing lawsuit against Harvard University, in which the plaintiffs claim that the university holds Asian applicants to a higher standard than applicants of other racial groups and that it uses an illegal quota system. While our arguments are similar, they should not be conflated. I am also not arguing that we all start on the same playing field. I recognize that there have been many racist policies throughout the history of this country that have affected various ethnic groups, starting with America’s original sin of slavery. Instead, I am explaining why affirmative action is unjustified and introducing an alternative that is based on the values of individualism.

Affirmative action policies in college admissions come in different forms depending on the university, and there is a glaring lack of transparency of the admissions process across the board. Admissions officers generally refuse to offer detailed insights into the process, and simply dismiss any questions regarding the specifics by using the vague phrase, “holistic review.” Consequently, it is very challenging for anyone without insider information to present a clear view of what affirmative action actually looks like. However, lawsuits, internal investigations, and research have allowed us to get a better image of the effects of affirmative action.

An analysis of 160,000 student records that was conducted as part of the aforementioned Harvard lawsuit revealed that Asian-American applicants were consistently rated lower on traits like “positive personality,” likability, courage, kindness, and being “widely respected.” This happened despite the fact that they demonstrated no lacking of extracurricular activities, leadership, test scores, or grades. As a matter of fact, Asian-Americans outperformed everyone else on these criteria. In order to compensate for the artificially low personality ratings, Asian applicants have been forced to outperform their counterparts in other areas of the application like test scores. No Longer Separate, Not Yet Equal, a widely cited book from Princeton University Press that analyzed data on 9,000 students, showed that Asians need to score 140 points higher on the SAT than white students, 270 points higher than Latino students, and 450 points higher than black students in order to balance out the effects of racial bias when other variables are controlled. The results from the 2013 Harvard internal investigation corroborated these findings. Moreover, the internal investigation showed that “Asian high achievers have lower rates of admission” than black, Latino, and white students. Internal investigations at Stanford University and Brown University also highlighted racial bias against Asian applicants in their admissions processes. Today, Asian-Americans are more underrepresented relative to the applicant pool at Ivy League schools than any other racial or ethnic group. Furthermore, the proportion of Asian-Americans at Ivy League schools has stayed relatively the same over the past two decades despite the fact that the Asian-American population has increased by over 100 percent during the same period.

Until universities become more transparent about their admissions processes, there is no way to fully comprehend the effects of affirmative action policies. However, there are enough pieces of evidence to conclude that Asian-Americans are being penalized based on the color of their skin and that this is a case of institutional racism. Some may argue that affirmative action is not about penalizing Asian-Americans but is instead about elevating applicants of certain racial communities. However, regardless of the narrative, the results remain the same. In fact, the possibility that both things are occurring simultaneously should not be dismissed. There is nothing that suggests that penalizing Asian students and elevating black and Latino students are mutually exclusive, especially when you consider the implicit bias that can magnify the effects of affirmative action.

The main argument for affirmative action is the need to compensate for past injustices in order to create a fair playing field that will ensure a diverse campus. However, this argument is flawed. Asian-Americans do not have a history of victimizing African Americans or Hispanic Americans. As a matter of fact, Asian-Americans were victims of racist policies and attitudes themselves. The Naturalization Act of 1870, the Chinese Exclusion Act, the Gentlemen’s Agreement, the Immigration Act of 1924, and Japanese internment camps are just a few examples. If past injustices are the reasons why affirmative action exists, Asian-Americans should be benefiting from the policy, and they certainly should not be penalized. This case is also flawed for white applicants, who are also harmed by affirmative action policies to a lesser extent. Penalizing today’s white applicants for their ancestors’ behavior makes no sense. You should not be held accountable for the actions of your great-great-great grandfathers. Rather than viewing applicants as members of racial groups, colleges need to start evaluating applicants as individuals in a free society.

My alternative to affirmative action is ironically a “holistic review.” To be more specific, it is a holistic review of how disadvantaged an applicant is. The current system, or affirmative action,  is based on the presumption that black and Latino applicants come from less fortunate backgrounds because of past injustices. However, my alternative system, which does not consider race, will analyze each applicant’s level of disadvantage individually without presuming that they come from a better or worse situation in society as a result of their race. The reason why race is not being considered is that it is an immutable trait. Moreover, it is a superficial indicator of how disadvantaged an applicant is. This is because being black or Latino alone does not directly hurt one’s chances of becoming a high achieving student. Rather, factors that are usually correlated with black and Latino groups like lower median wages and a higher proportion of single-parent families are what directly affect a student’s potential. By concluding that race does not directly impact a student’s potential, I am rejecting the notion that racial minorities are genetically inferior to whites or that there is broad, systemic racism in America that cannot be pinpointed as an individual case. If the applicant can identify a specific instance of prejudice that affected their academic trajectory, it should be noted in the application and considered by the admissions officers. A case of prejudice may be a result of discrimination against the applicant’s race, religion, sexual orientation, or other identities. In sum, the alternative system that I am proposing only considers factors that directly affect the applicant’s chances of becoming a high-achieving student.

Universities can begin by putting an emphasis on the applicant’s socioeconomic status. According to a 2016 Gallup poll, 61 percent of Americans support the consideration of economic circumstances in the college admissions process. This figure is significantly higher than the 36 percent of respondents that stated that they support race to be considered in college admissions. One of the reasons why these poll numbers are relevant is because almost every university, including private institutions, receive significant government benefits, such as grants, tax privileges, and federal student loans, that are made possible by taxpayers. If taxpayers are making higher education possible, they deserve a system that they feel most comfortable with. Furthermore, multiple studies have shown that being economically disadvantaged lowers the chance of becoming a high-achieving student than being any race in today’s society, largely because there is no longer broad, systemic racism in America as discussed earlier. For instance, a study conducted by Juan Battle and Michael Lewis in 2002 concluded that “socioeconomic status is more than three times more important than race in predicting [academic] outcomes.” A 2011 study conducted at Stanford University by Sean Reardon revealed similar results: “The income achievement gap is now nearly twice as large as the black-white achievement gap. Fifty years ago, in contrast, the black-white gap was one and a half to two times as large as the income gap.” There are other factors that should be considered in the alternative program: the number of parents the applicant grew up with, family environment, education level of their parents, quality of education offered at the applicant’s school, specific cases of prejudice, and health issues that applicants may have.

The careful analysis of each applicant as an individual produces diversity and is fairer than the current system that broadly assumes Asian-American and white applicants come from better situations in society. The alternative system gives special consideration on the basis of disadvantage rather than race after a careful review of each applicant as an individual. If the current presumption that African American and Hispanic applicants are more disadvantaged than Asian and white applicants is true, this system will yield a very similar class without actually considering race. However, if the current presumption is not reflective of reality and is superficial as many people believe it to be, a new group of students will be admitted based on a comprehensive review of merit and disadvantage.

One of the reasons why I decided to attend an American university over a college in Japan was campus diversity. The 12 years that I spent in New York taught me the importance of diversity, and I knew that I couldn’t miss out on it. However, diversity on campus should not come at a cost of injustice against any group. If the racist practices that we are witnessing now were happening against any other minority group, there would be public outrage. The alternative that I propose has the potential to create diverse campuses while eliminating one of the most obvious cases of institutional racism in America.