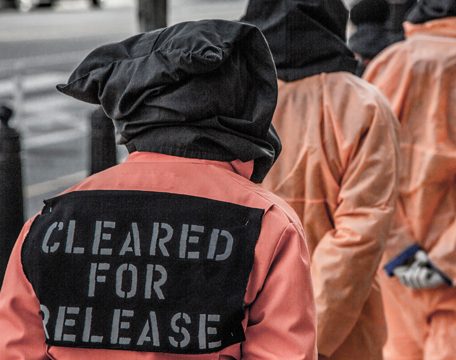 This November, the Central Intelligence Agency was forced to release a 90 page document. They did so begrudgingly, because in this document were the detailed reports of decades of experimentation on prisoners with the purpose of creating a “truth serum.”  In the report, they discussed trapping prisoners in coffin-like boxes, repeatedly waterboarding prisoners, and kindly, they even remarked that one of the prisoners was “amazingly resistant to the waterboard” after having to be medically resuscitated. Even when the CIA director testified in 1977 that “it is totally abhorrent…to think of using humans as guinea pigs” after a similar program was forced to end, the Central Intelligence Agency has resumed its heinous abuses of human rights. While this news may be shocking to many, it only reveals one program of many that the Central Intelligence Agency has used to betray human rights in the name of national security. Since its inception, the intelligence community has been an unregulated ‘Wild West,’ and it’s time to reign them in.

The U.S. intelligence community has its roots in the aftermath of World War II. During World War II, intelligence activities were largely decentralized. After the war ended, however, the shake-up of global power precipitated into the Cold War. The uncertainty abroad led William J Donovan, leader of the Office of Strategic Services during World War II, to advise for the creation of “a powerful, centralized civilian agency [that could] coordinate all the intelligence services and…engage in subversive operations abroad, but [engage in] no police or law enforcement functions, either at home or abroad.” Heeding his advice, President Harry S. Truman signed the National Security Act of 1947, effectively creating both the Central Intelligence Agency and National Security Council.

From its earliest years, according to CIA historian Nicholas Dujmović, the CIA utilized paramilitary actions, or the “the unacknowledged use of force, or assistance to those perpetuating or resisting the use of force” liberally in attempts to secure U.S. interests internationally.  The rationale behind the creation of the Central Intelligence Agency was to gather intelligence information in other countries while avoiding direct conflict. They relied more on civilian groups, such as minority populations, to assist in covert and military operations. Based on the National Security Act of 1947, the Central Intelligence Agency was permitted to conduct any “services of common concern” and “such other function and duties related to intelligence affected the national security [of the United States.]”  This left the Central Intelligence Agency with broad powers in both domestic and foreign arenas, and little oversight to manage its undertakings. According to journalist  L. Fletcher Prouty, “since the CIA was created, the agency has acquired more sinister functions, as all intelligence agencies, in time, tend to do.”

Since its beginnings, the CIA has engaged in covert operations in Tibet, Greece, Vietnam, Afghanistan, Kuwait, Libya, and others. They have armed and encouraged revolutionary groups, abandoned those same groups to be slaughtered by their governments, backed numerous leaders with horrible human rights records, rigged democratic elections in other countries (the “Russian collusion” before the Soviet Union even became Russia), utilized inhumane torture methods, and taken innumerable other heinous actions. The CIA was even recruited to cover up the Watergate Scandal before it was uncovered by the media, but due to tensions between Nixon and leaders in the intelligence community, the cover up had the opposite effect. The amount of countries we have disrupted with the aimless experimentation of our intelligence community is a seemingly never-ending list. More importantly, the amount of these operations that are common knowledge to the average U.S. citizen is next-to-none. We regularly criticize our conventional military for its operations, but we forget that behind our backs, our own intelligence community has sowed the seeds of unrest all across the world, including here at home. Some people have been brave enough to speak out against the corruption and unbridled power of our intelligence communities, including Philip Agee, Victor Marchetti and John Marks, Ralph McGehee, and Edward Snowden to name a few. We know Edward Snowden for his release of information revealing that the National Security Agency — a branch of the U.S. Intelligence Community —  has been collecting data on U.S. citizens for years without their knowledge. Other whistleblowers have been largely erased from public knowledge. Philip Agee was a CIA officer during the 1960’s, and published a diary of the crimes that he took part in in CIA operations in Latin America. Ralph McGehee was an officer in the CIA from 1953 to 1972, and once he left the agency, he openly discussed how the CIA’s interventionist policies caused instability. In 1981, he made an allegation that the CIA was involved in mass killings in Indonesia from 1965-1966, but he was effectively censored by the CIA using the power of the courts. Victor Marchetti was a CIA employee for 14 years until he left the agency due to disillusionment with their flagrant abuses of power. He, along with John Marks, a former service officer at the Department of State, wrote the exposé The CIA and the Cult of Intelligence. They were the first to attempt to write a book to expose the CIA’s involvement in coups, assassinations, and other interventions abroad, but the intelligence community had (and still has) massive legislative influence. Their book was the first to be censored by the United State Federal Government, and today, is available with pages and pages of redacted text, leaving only shadows where the truth once was.

The U.S. Intelligence Community is arguably the most dangerous part of the U.S. military, and something needs to be done to stop them from planting the seeds of instability across the globe. While an entirely comprehensive solution is impossible to make when much of the monster that is the intelligence community is still hidden from the common person, a place to start would be the enactment of a threefold solution. First, we should allow the Government Accountability Office unbridled access to audit the Intelligence Community. Second, those of the legislative branch with proper security clearance should all have access to information about intelligence community actions. Thirdly and finally, we should consolidate our intelligence organizations to four or fewer organizations, from the current seventeen agencies.

First, the Government Accountability Office (GAO) must be allowed to do its job. Since 1966, the Government Accountability Office has been entirely prevented from auditing the Central Intelligence agency. Even if it were granted audit access now, the GAO reports that because of the Central Intelligence Agency Act of 1949, various restrictions limiting the audit would make it functionally pointless. The CIA Act of 1949 effectively allows the CIA to claim broad-based exemption from audits, allowing their spending to go unchecked. Other intelligence organizations also claim such exemptions, and impose similar restrictions on the GAO audits. A comprehensive audit is critical however, as it would finally bring accountability to our intelligence organizations. While the results might not be released to the entire public, the executive and legislative branches would be able to see the results and force intelligence agencies to not engage in pointless and expensive missions. Intelligence communities would have an incentive to do better risk-assessments to ensure that they’re spending their budget effectively, and not just spending money to keep militaristic bureaucrats busy.

Secondly, we must expand access to information regarding intelligence agency actions to all members of the legislative branch with appropriate security clearances. Currently, the President is legally required to fully disclose intelligence operations to the legislative branch. Unfortunately, presidents have since interpreted this to mean that they only have to share the information with a few key players in the legislature, such as the majority and minority whip. The information does not trickle down, and rarely reaches the people elected to represent public interests. This severely undercuts the ability for legislative oversight committees to be responsible for ensuring that intelligence agencies are not corrupted: they have no way of even knowing what the intelligence community is doing. This does bring up questions over whether or not the clearance level of legislators would be high enough to access this information. Even if there are still blind spots for our legislators, it will expand access dramatically and open the doors for new legislation to control intelligence organizations. Expanding legislative access would allow for our oversight committees to do their jobs, and for senators and representatives to call out misdeeds.

As former President Dwight D. Eisenhower warned,  “In the councils of government, we must guard against the acquisition of unwarranted influence, whether sought or unsought, by the military-industrial complex.” An intelligence apparatus is a vital part of any modern, developed nation’s military-industrial complex. Even after the series of intelligence failures the United States’ intelligence community has had, it is still an indispensable asset for our country’s security. The question, however, is how do we control such a powerful mechanism designed to combat just-as-powerful threats? We must allow for the Government Accountability Office to do its job, allow for our representatives to ensure accountability in the Intelligence Community, and consolidate our intelligence agencies. Only then can we even begin to reign in the intelligence community to its proper role: protecting the people of the United States.