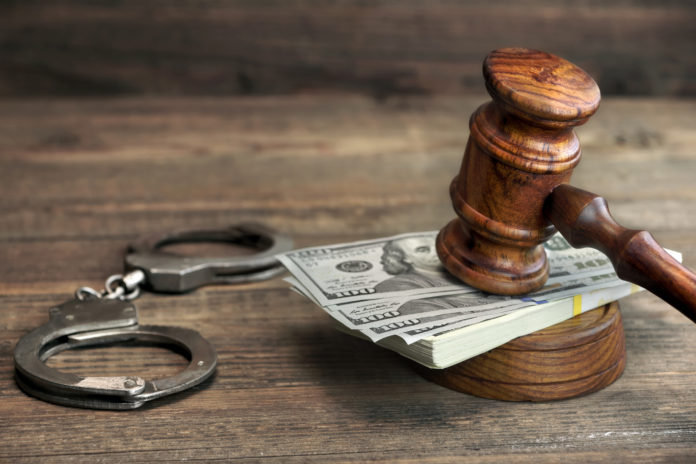 Did California Just Cash Out?

On August 28th, California Gov. Jerry Brown signed SB 10 to eliminate cash bail in in the state. After advocating for the removal of cash bail since the late 1970s, the new legislation will go into effect starting October 2019. Today, cash bail is seen as a predatory institution that has directly targeted and predominantly affected individuals coming from lower income backgrounds, who often do not have the financial means to meet bail. For the longest time, the abolition of money bail was strongly supported by civil justice reformers who advocated for a change in the criminal justice system that did not solely target those with financial constraints. However, the passage of SB 10 has experienced less support than what it had prior to August 28th. While there are many benefits to changing an institution that targeted financially unstable communities, California currently does not have a secure enough system to replace money bail.

The 8th Amendment explicitly prohibits excessive bail, stating that “excessive bail shall not be required, nor excessive fines imposed, nor cruel and unusual punishments inflicted.” So, how is it possible that poorer individuals are systematically affected? The idea behind bail is to ensure that defendants are present at trial on their court date. Bail in the United States “refers to the practice of releasing suspects from custody before their hearing, on payment of money or pledge of property to the court which may be refunded if suspects return to court for their trial.” Individuals that are seen as more dangerous and who have a higher “flight-risk” are most likely to get designated a higher bail to ensure they attend their assigned court date. Those that cannot meet bail because of monetary restrictions, or are not allowed bail due to their flight risk, are expected to stay in jail until their trial. While the initial goal of bail was to ensure the safety and security of the general public, it soon became evident “that a great many people — particularly poorer defendants in crowded city jails — were stuck, often unjustifiably, in detention, while wealthier and possibly more dangerous suspects were able to secure release.” Unaffordable bail, a phrase never mentioned in the 8th Amendment, then became used and abused by the criminal justice system, which allowed it to target impoverished individuals with no way of paying cash bails rates as high as $50,000 for simple misdemeanors.

The problem with cash bail is not only that it forces defendants to stay in overcrowded jails for years at a time, but it also has a serious destabilizing effect on already low-income families. Individuals that fall prey to this system, many of whom work several jobs and have multiple children, do not have the ability to put the rest of their life on hold in forced custody as they await their trial. Our criminal justice system actively forces these low-income families to face the possibility of losing their jobs and homes, furthering the criminalization that low-income communities already experience. Poorer families are already more prone to fall victim to crime as they have to practice a form of self-defense in a society that does very little to protect them. When individuals do not have the ability to pay cash bail or go to a bondsman, the next best option is to plead guilty for a crime they did not commit. Once they plead guilty, they then hurt their future chances of getting a job or obtaining government housing. Not only does it affect their ability to maintain a stable income or a job, not being able to meet bail can go as far as having mental health repercussions on individuals. One victim of not meeting bail, Sandra Bland, hanged herself while in jail after being pulled over for failure to signal. All of these victims of a guilty plea are put at risk due to their inability to pay unaffordable cash bail and suffer from environments detrimental to their own mental health.

After understanding how the cash bail system has been abused, it becomes clear why so many social justice organizations have been strong advocates for the elimination of bail since the early 1960s. D.C. Superior Court Judge Truman Morrison argued that, “there is no evidence you need money to get people back to court. It’s irrational, ineffective, unsafe, and profoundly unfair.” For years, advocates have argued that forcing people to pay a price in order to ensure their attendance at a court date was purely arbitrary. Most often, judges have total discretionary power when it comes to assigning bail, and some judges like Harry Cantrell in New Orleans refuse to set bail lower than $2,500 regardless of the facts of the case. While the new legislation will not go into effect until October of 2019, the system is expected to decrease the number of Californians that are detained while awaiting trial. The recent legislation states that a pretrial assessment will be made, either by “court employees or a local public agency that has been contracted to determine a defendant’s risk.” The defendant will then be assessed as low risk, medium risk, or high risk, but a person arrested for a misdemeanor “would not be required to submit to a risk assessment by Pretrial Assessment Services.” Those individuals that are deemed to be of high risk will then not be released until their trial, medium-risk individuals could be released or held depending on local standards, and those considered low risk will be released with the least restrictive conditions possible.

While it may seem that California is taking a progressive step toward leveling the playing field in our criminal justice system, the state may not have the best answer. Some people argue that California signed SB 10 too quickly and is not fully prepared to implement an equitable enough policy. The three executive directors of the California ACLU affiliates explained, “[SB 10] cannot guarantee a substantial reduction in the number of Californians detained while awaiting trial, nor does it sufficiently address racial bias in pretrial decision making.” At the same time, based on the risk assessments, it seems highly likely that there will still be several subjective factors used in determining whether individuals are medium or high risk. While the assessment will be decided by agencies designated for this goal, “the bill unfortunately is going to lead to people being held in preventive detention based on government’s assessment of who’s risky and who’s scary.”  Medium risk individuals seem to be the group most affected by the ambiguity of SB 10. The bill states that, “Pretrial Assessment Services shall order the release or detention of medium-risk persons in accordance with the review and release standards set forth in the local rule of court.” SB 10 does very little to discuss how similar local standards are expected to be and how large of an impact they will have in influencing assessment services. Furthermore, with the elimination of cash bail in California, the entire industry will most likely get wiped out, but not without a fight, as bail lobbyists like David Quintana have said, “you don’t eliminate an industry and expect those people to go down quietly. Every single weapon in our arsenal will be fired.”

The elimination of cash bail is an enormous success, as it wipes out an entire institution that targets low-income communities and those historically targeted by the criminal justice system. The expectation is that fewer people will have to spend years waiting for their trial and people of both high and low-income backgrounds will finally be placed on the same playing field in our criminal justice system. However, this may just be wishful thinking. California’s new risk assessment does not as of yet seem all that sophisticated and if California is not able to establish a solid “rubric” by 2019, California might have just replaced a discriminatory institution with a new one.