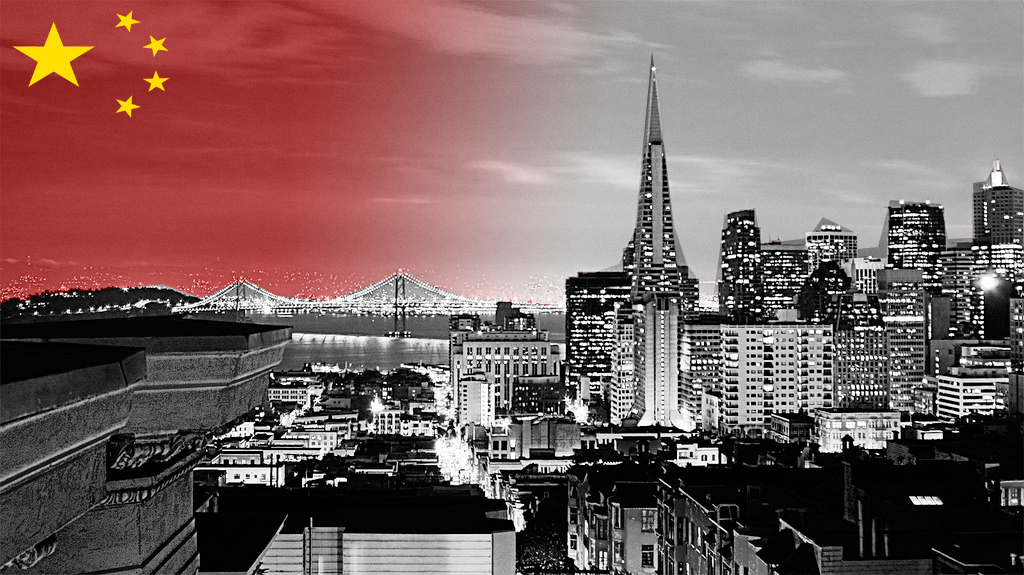 Cloak and Daggers in California

In the early 2000s, the CIA succeeded in recruiting the personal valet of one of China’s most powerful Communist Party members. Over the next few years, this source overheard hundreds of conversations that gave the CIA an intimate picture of the inner workings of China’s state security apparatus, Party plans, and military preparations. Unfortunately, none of this ever happened — at least that we know of. Instead, it was quite the opposite. This past summer, details emerged that a staffer employed by California Sen. Dianne Feinstein was secretly recruited to work as a spy for China’s Ministry of State Security. The spy on Sen. Feinstein’s payroll, who indeed was her personal driver, listened to hundreds of conversations between the senator and America’s political and military elite. Perhaps most ironically, Sen. Feinstein is the chair of the Senate Intelligence Committee.

While it may come as a surprise to many Californians, foreign espionage is nothing new in the golden state. California has been a hotbed for foreign intelligence collection and surveillance for over 30 years. As both an economic and political powerhouse, not to mention the military bases that dot its landscape, California is a high-value target for America’s adversaries. Prior to its recent closure by President Trump, the Russian Consulate in San Francisco was extremely active in intelligence gathering, housing one of the few active espionage stations in the United States. Released CIA reports from the 1980s indicate that at the time, there were over 1,000 spies working in and around the Bay Area, including many from the USSR. Even after the collapse of Soviet Union, the FSB, Putin’s modern iteration of the KGB, continued an aggressive spying campaign based out of the Russian embassy, targeting American citizens, Russians working abroad, communications networks, military bases and businesses. San Francisco was a quiet hub in the global espionage network arrayed against the United States.

Few are aware that Russia’s — at least, official — departure from the peninsula signals an almost symbolic passing of the torch between superpowers. In the words of FBI Director Christopher Wray, Chinese espionage, “represents the broadest, most challenging, most significant threat we face as a country.” Chinese military and intelligence resources dwarf those of the Russian Federation. “The Chinese just have vast resources…. They have all the time in the world, and all the patience in the world” said Kathleen Puckett, a former FBI special agent and thirty-year Bay Area counterintelligence veteran. Indeed, China, with the world’s second largest defense budget and largest population, presents a new sort of challenge to American counterintelligence, one that many in California are ill prepared to address. To put the threat into perspective, California is so valuable to China that it is the only state for which China’s Ministry of State Security maintains a dedicated espionage unit.

What makes Chinese spying in California, particularly the Bay Area, so insidious is its defiance of traditional tradecraft norms. Workers on J-visas have a long history of utilizing their position within America’s best technology companies to supply the Chinese state, and subsequently its domestic industries, with insider information on American technology. J-Visas workers are granted permission to work inside some of America’s largest tech corporations, often doing jobs that are in short supply: chiefly software and hardware engineering. Yet the one-party authoritarian rule of China affords the Communist Party ample opportunity to coerce Chinese citizens studying and working abroad into spying. Chinese intelligence officers are quick to remind visa holding workers in the U.S. that while they themselves may be outside the range of government oppression, their families and friends at home are not. Those who refuse to cooperate, or instead decide to assist U.S. intelligence, pay steep prices. In one incident, a suspected U.S. intelligence asset voluntarily returned to China for questioning only to be arrested and executed.

Workers and researchers abroad, who may have no prior intention to commit espionage, realize their precarious positions. In effect, the Chinese government is able to force honest workers into espionage. From 1997 to 1998, for example, Chinese intelligence agents were able to both infiltrate Lawrence Livermore Labs and coerce Chinese graduate students working there into leaking top-secret material, successfully stealing blueprints and test data from the most advanced wings of the U.S. nuclear arsenal. Such an attack would have been impossible through traditional intelligence gathering strategies. The extent of this breach was subsequently made public by California Rep. Chris Cox who chaired the House committee investigating the breach.

China’s ability to effectively weaponize civilian life makes it incredibly difficult for counterintelligence units within the FBI to detect and expel spies. Law enforcement risk being accused of racial bias against what is now one of the largest and politically powerful ethnic groups within California. Though modern day counterintelligence must take care to not repeat the mistakes of the past, some villaglance is warranted. There have been frequent instances of accusations being brought against Chinese immigrants working in industry and government labs, only to be found wrongly accused. While escaping jail sentences, this has often left careers and lives in ruin.

Government response can also run the risk of over policing a threat that is by definition vague in its boundaries. Most notably, President Trump recently proposed a ban on almost all Chinese student programs in the U.S. During a dinner with American CEOs, claiming (without sharing his evidence) that, “almost every student that comes over to this country is a spy.” Trump’s subsequent suggestion to ban all Chinese students would prevent over 300,000 international students from studying and researching at America’s top universities and labs. The proposal was harshly criticized by Chinese trade delegates. Even the U.S. Ambassador to China, Terry Branstad, shot down the idea. While a blanket ban is unlikely to ever take shape, severe crackdowns on student programs are in the works, especially given China’s recent advances in stealth jet technology, that purportedly came from a Chinese graduate student at Duke University working in a government lab.

New Threats for a New Age

The advent of a technologically-intertwined society has presented China with ample ability to exploit hardware in order to gain access to sensitive research across academic, corporate, and military institutions. A landmark news report titled “The Big Hack” was published by Bloomberg News, accusing China of infiltrating vast swathes of the American tech supply chain via tiny chips implanted within larger circuit boards manufactured in China. While the story is strongly denied by the corporations who may have fallen prey to this attack, most notably Apple and Amazon, Dr. Nicholas Weaver, a professor of computer science who specializes in computer security at the University of California, Berkeley, noted, “Even if it’s not true, China has now already taken the reputational hit, so they have no reason not to do things like this in the future.” China, he says, has a long history of economic espionage with the U.S. and has been aggressive enough in recent years to warrant criminal complaints from the Department of Justice. While practically these Criminal complaints are not intended to catch spies, they do allow U.S. law enforcement and counterintelligence to publicly reveal China’s espionage tactics.

If China managed to hack into the U.S. supply chain, it could mean catastrophe for nearly every Fortune 50 company. This would be one of the largest and most aggressive acts of espionage in world history, affecting both localized computer terminals and server circuit boards. Weaver warned that “Tampering with hardware is not easy, and if this is happening, it is an attack on our basic economic structure for manufacturing. Basically, we wouldn’t want to deal with the consequences, they would be awful. No one wants to recognize the gravity of this issue because then you would have to replan large swaths of the American economy.” While the verdict is still out as to whether or not Bloomberg’s report is accurate (the FBI is currently investigating), one can only hope the findings are made public. “But it has to be done with care,” Weaver added, “because if sabotage is found, it would be in technical terms, an EF5 fecal tornado.”

Surveillance and espionage don’t stop at private industry and government labs. University campuses are also a battleground of modern-day espionage, including UC Berkeley. Today’s universities must reconcile two opposite realities: on one hand, thousands of international students positively contribute to campus culture, prestige, and financial welfare; on the other hand, hostile foreign powers who have a history of exploiting any and all intelligence inroads, from traditional cloak-and-dagger spies to students themselves. According to one faculty member at UC Berkeley who spoke on the condition of anonymity, Berkeley may be particularly attractive because of its very ties to National Research Laboratories like Lawrence Berkeley Labs, and especially Lawrence Livermore Labs, with its well-documented history of researching and developing nuclear devices.

Faculty who conduct research within China sometimes find themselves in difficult situations with Chinese authorities. Professors understand that opinions deemed unfavorable by the Chinese state may result in canceled visas or other complications in doing research overseas. One professor, teaching at another university within the University of California system, was barred from accessing Chinese archives and subsequently had their visa revoked, thus halting much of their primary source research. Although the official reasoning was cited by the Chinese was “new regulations,” the professor believes that perhaps their recent publications, including a number of widely shared pieces heavily critical of contemporary Chinese politics, may have been the real cause.

Nonprofits are also suspected fronts for espionage. The Confucius Institute, for example, is a nonprofit funded by the Chinese Ministry of Education to support Chinese language education in the U.S. Many American policy makers are highly skeptical that this is the totality of its mission. The funds given for language training come with a catch: the directors at China’s Ministry of Education get to pick the staff and tailor the messages of the curriculum taught in U.S. universities. The Confucius Institute has historically approached many Universities, including UC Berkeley, which turned down the program’s funding offer. Not long afterward, the Pentagon, citing concerns that the Confucius Institute was interested in more than just language training, barred any American university hosting an institute from receiving research or administrative funding towards such programs. The fact that even California’s University system is caught up in global espionage games illustrated both how aggressive China spy tactics have become and how ill-prepared California is to combat such a well-arrayed threat.

American policy makers and military experts have presented the general increase in aggressive Chinese spying as a unilateral act of unprovoked espionage. However, China responds to American accusations of espionage by framing them within a larger colonial narrative. Rather than being unprovoked attacks, these are merely the latest iterations in a struggle against Western imperialism. Chinese culture venerates the illustrious empires and cultures of China’s ancient history, stretching all the way back to 2000 B.C. with the founding of the Xia dynasty. Professor James Jessup, who lectures on modern Chinese history in UC Berkeley’s history department, put China’s espionage in a historical context. It wasn’t until the 19th century that China endured what Professor Jessup describes as “a century of humiliation,” where western imperial powers carved up China into “spheres of influence,” overthrew its emperor, colonized it, and pillaged its natural resources. These acts of espionage are then both strategic efforts to compete toe-to-toe with western industries and, in some respects, a calculated political message. Today, the official discourse of the Communist Party, as emphasized in 2017 by Chinese President Xi Jinping in his speech to the Communist Party, is one of rejuvenation and returning China to its former glory. “The supposed formula,” Jessup says, “is that under Mao, China stood up; under Deng, China became rich; and under Xi, China will become powerful. For China, this represents a new era with the opportunity to recover its central position in the world.”