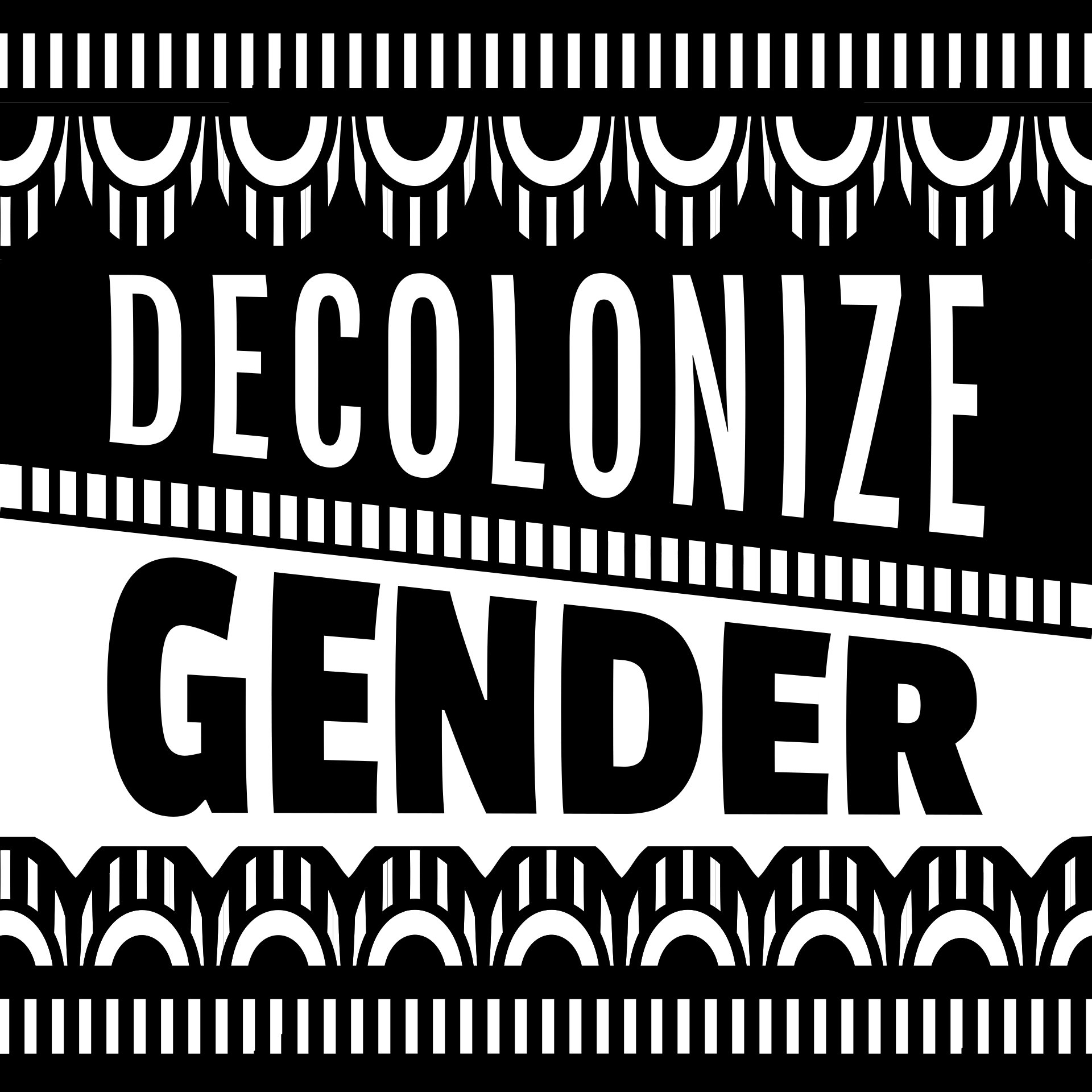 Past Due: Queering the Democratic Party

In an inspirational feat this past summer, a lesbian Native American attorney bested five other Democrats to secure the Party nomination in Kansas’ 3rd district. Her background is nothing short of remarkable: a Cornell Law graduate raised by a single mother and Army veteran, Sharice Davids went on to be a key political player whose robust efforts extend from the White House to local Reservations. At a moment when Kansas politicians have been working hard to dismantle queer rights in the state, the chance to elect  Davids as the first LGBTQ+ (LGBTQIAPD in full) elected official at either the state or federal level is exciting news for the 9.4 million queer voters in the United States.

So why did Bernie Sanders, a popular progressive figure and mobilizer for the Democratic Party (despite not being a Democrat), fly to Kansas to campaign against her?

This midterm season, Sanders recruited young fellow Democratic Socialist on the rise Alexandria Ocasio Cortez to embark on a national tour supporting a slew of Sanders-affiliated candidates. In Kansas, they backed Brent Welder, a labor lawyer who worked to get Sanders elected as president. Welder campaigned like a Sanders clone, touting lofty promises without a framework for implementation, especially under a Trump White House.

Sharice Davids is a steadfast democratic progressive by any standard; a look at her website shows that her platform includes tearing down barriers to voting and building up an equitable economy through supporting small businesses, as well as giving a tax break to the middle class. Welder’s following insists that he was simply the more “aggressive” progressive. But evidently, there was nothing uniquely compelling about the candidacy of yet another cisgender white man who bellow they exclusively possess the capability to overcome deep-seated inequality.

Yet, that is the future Sanders and a large swath of liberal voters want. The Washington Post contends that although this nascent form of progressivism can attract diverse supporters, “highly educated white men are typically its most passionate spokesmen.” Sanders did not even use his influence to help Ocasio-Cortez win her tough New York primary, even though she was also a former Bernie organizer. In an MSNBC interview that was partly a salute to her win and partly a rerun of his familiar stump speech, Sanders makes sure to stay far away from celebrations of any aspect of her identity– her youth, womxnhood, or Latinx heritage. He insists identity is irrelevant, only message and policies.

This aligns with a peculiarly insidious trend among the left, arguably steered by Sanders, which sticks to economic matters and renounces any acknowledgment of America’s differences. Sanders has denounced “identity politics” as the biggest hurdle to Democratic unity, more so than elitist/establishment Party leaders. This is just one of the many moments that Sanders has proved himself ignorant on pressing matters, acting as a rogue agent of a personally-branded ideology rather than guided by historical anti-oppression movements lead by people of color.

It is strategic for Sanders to join the stampede trampling on identity politics, because he doesn’t stand to gain from it. This is an example of the erasure and denigration of work by black feminists, who first delineated a definition for the phrase in 1982. The legendary Combahee River Collective incorporated identity politics as a tool for their liberation efforts. Their statement reads: “We believe that the most profound and potentially most radical politics come directly out of our own identity, as opposed to working to end somebody else’s oppression.”

Because the Combahee River Collective included queer and poor womxn, much of the population could benefit from their practice of identity politics. It is disdainfully uncanny that the phrase reentered the discourse just as the most diverse range of Americans are struggling to grasp political power. Marginalized people are silenced and disparaged politically (i.e. they think we elect members of our in-group on frivolous grounds), then expected to emulate the talking points of a white and male-dominated left. The Democratic Party is struggling to find its proper angle, and we cannot let the modern language of the left be written by powerful white liberals alone. That is a fundamentally limited script that ostracizes the emergent cornucopia of diverse political hopefuls.

These intra-party chasms have serious implications for the record number of LGBTQ+ candidates running across the country. The “rainbow wave” includes 430 queer candidates, of which at least 244 have won their primaries. Still, LGBTQ+ politicians are far from reaching proportional representation in national legislatures—24,000 elected officials away to be exact. What we have learned from the 577 openly LGBTQ+ officials currently in office, is that their presence has a distinct and powerful influence on not only their cis-heterosexual colleagues, but the nation writ large. A 2013 study by the American Political Science Association found that “even a small number of openly gay legislators is associated significantly with the future passage of enhanced gay rights.” LGBTQ+ candidates are important for a myriad of reasons, including but not limited to: revitalizing national attitudes, inspiring inclusive legislation, and acting as a beacon of hope for queer youth.

In an article by The Hill, Jenifer Fernandez Ancona further detailed why political representation is so important. 80 percent of Congress members are white and 80 percent are cisgender males. Womxn, people of color, and transgender folx are among some of the most powerless groups in America. This is a commonly understood reality, but at a time when we again find our country in crisis, it becomes more salient to undergo widespread efforts for political transformation. Ancona highlights that 86 percent of Americans think our democracy is broken, and associates this ineptitude with the lack of a diverse range of voices in legislative decision-making.

The current dysfunction manifests, in part, as grave threats to LGBTQ+ people. As I am writing this article, Donald Trump has released a memo indicating intentions to legally define sex as either male or female, based on genitalia recorded at birth. This is a glaringly transphobic move that mirrors similar policies either already in practice or appearing on the ballot in November. Prior to this, Human Rights Watch released a report that “examines a worrying wave of exemptions being introduced to blunt the recognition of LGBT rights across the United States.” Recent anti-LGBTQ+ legislation in states like Mississippi have sanctioned public and private entities to discriminate against queer people on the grounds of religious freedom. The report argues that these laws do not come from genuine concerns for religious liberty, but from resentment over gains in LGBTQ+ rights.

Considering what is at stake, we do not have time to entertain non-queer politicians who falsely assert that they are vanguards of queer liberation. I do not want to evoke the feeling that I have a personal vendetta against Sanders, in fact, I canvassed for him in 2016. But the truth is that Sanders is misleading the American people in regards to his record on standing up for LGBTQ+ rights. Earlier this year he made a bold statement: “I’m not evolving when it comes to gay rights. I was there.”

A TIME article dissects the veracity of the claim and finds that even though he was ahead of his peers in a regard, he hesitated to fully come out in support of queer liberation at large. TIME contends that “his reasoning for opposing efforts to restrict gay marriage was much narrower and legalistic than he now makes it seem.” Although in one instance he declared that he believes in the sanctity of gay marriage, in most public scenarios he and his staff framed it as a states’ rights issue. The 1980s and 90s constituted a tipping point for gay rights, but while other Democrats were speaking out in favor of gay marriage, Sanders role was anything but revolutionary. In 2000, Vermont reporter Peter Freyne, lauded by Sanders himself, wrote: “Obtaining Congressman Bernie Sanders’ position on the gay marriage issue was like pulling teeth … from a rhinoceros.”

This makes Sanders’ combat against Sharice Davids more insidious. It showcases how influential white men assert their superiority on issues that plague minority groups, all the while pushing out womxn, queer folx, and people of color. When in fact, it is clear that a less qualified marginalized person would likely serve their communities better sheerly based off of personal experience and historic cultural competency.

The majority of cisgender, straight politicians have an inconsistent history of supporting queer rights. Usually, this is related to political popularity or “feasibility.” Almost always it reflects how they have become increasingly comfortable with and educated about LGBTQ+ justice. Barack Obama was refreshingly honest about his personal growth vis-a-vis understanding and supporting queer justice. Still, why should we be forced to gamble on our livelihood, on our futures?

Which brings this story to its axiomatic premise: we need to energetically support and encourage LGBTQ+ people to assume the highest levels of political power in this country. This is going to be tough for a variety of reasons, some made obvious by the obstacles addressed in this article.

Rick Kavin of Gender Watch 2018, a non-partisan project of the Center for American Women and Politics and the Barbara Lee Family Foundation, wrote an article in May of this year titled “Why LGBTQ and Allied Candidates Matter (Even When They Lose).”  Foremost among the article’s arguments, Kavin denotes the significance of Danica Roem’s 2017 election into the Virginia House of Delegates, which made her the first openly transgender person to become an elected official in the United States. Still, Kavin asserts that queer status as a politician is hardly a ticket to success.

Kavin cites recent scholarship around LGBTQ+ candidates, who often feel the need to conceal “tells” of their sexuality due to the negative perceptions that afflict queer political newcomers. The conclusion from academics is that LGBTQ+ candidates can succeed, but only if they are deftly strategic.

Relevant here is the second-wave feminist maxim “the personal is political,” which was popularized by Carol Hanisch’s 1969 essay of the same name, as well as the anthology Sisterhood is Powerful. HuffPo argues that we need to evoke this mentality in the post-Trump era, especially seeing as how 40 percent of likely U.S. voters say the 2016 election has negatively affected at least one of their personal relationships.

I’m going to directly counter Bernie Sanders and say that the biggest hurdle facing the Democrats today is the evasion of identity politics as a helpful and potent tool for the actualization of equality in this country. Sharice Davids is a quintessential example of when identity politics works.

Almost all Indigenous American people have traditionally recognized intersex and gender-nonconforming tribe members as “two spirit” peoples who possess unique metaphysical abilities. Yet, colonization has created rifts between queer and straight Native Americans at a time when queer Indigenous activism has immense power to challenge the foundations of “colonial heteropatriarchal America.”

Davids is utilizing her intersectionality to build bridges, engage neglected identity groups, and advance the quality of life in a broad range of communities. Figures like Davids and Roem are pioneering a pathway for queer people in politics, and we should look to them and other members of minority groups for guidance and leadership in this trying time—not Bernie Sanders and his brocialists. This is made clear by the numerous electoral failures of candidates backed by Sanders-related PACs as we near the end of the 2018 midterm season. His followers laughingly accused Davids of accepting corporate money for receiving support from Emily’s List, whose mission is to elect pro-choice Democratic womxn. Yet Emily’s List candidates have been much more successful than those affiliated with Bernie Sanders.

Queer folx, let’s take control of our narrative and not be bullied by straight white male figures seeking attention.