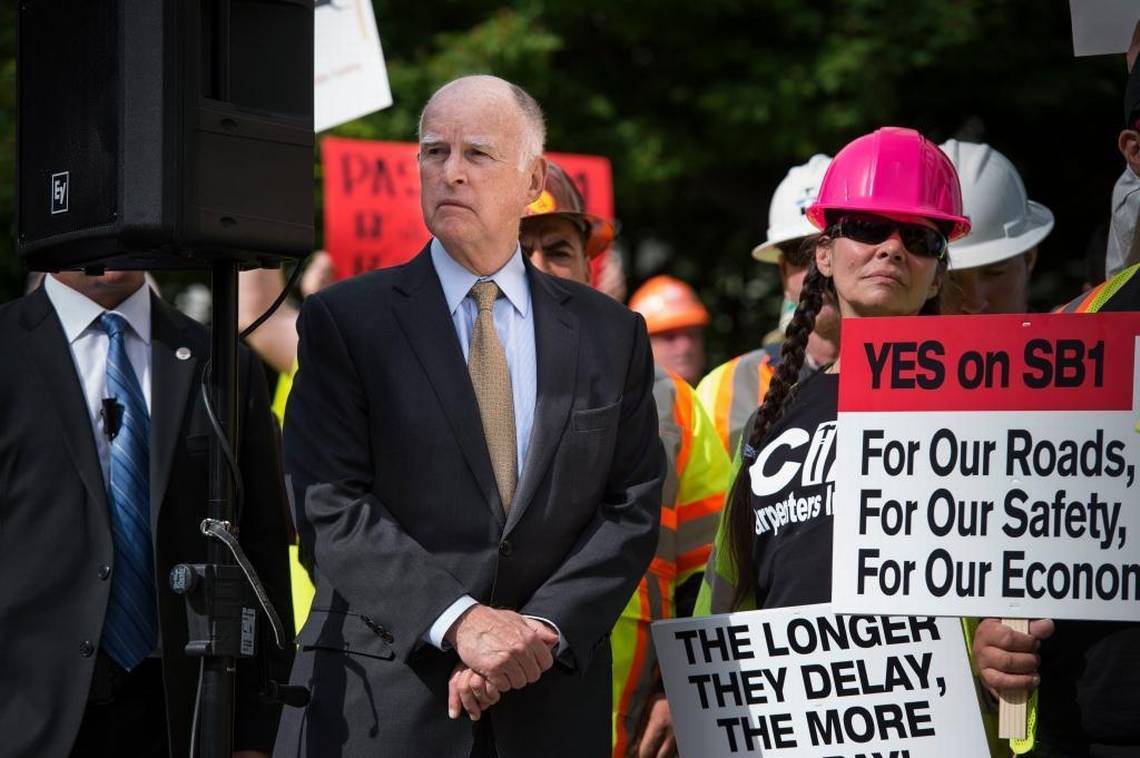 Jerry Brown is California’s indomitable winner. For over five decades, Brown has been an indelible presence in politics. Now, as he enters the last months of his final term as governor, he faces the last major political fight of his career.

This fight began in 2017 when the California State Legislature passed the monumental Senate Bill 1, which was the first gas tax increase since 1994. Authored by State Senator Jim Beall, this new tax adds 12 cents to every gallon of gas sold in California, and it raises registration fees by around $50 for vehicles. It is projected to raise over $54 billion in the next decade, most of which will go towards fixing and improving California’s crumbling infrastructure. Governor Brown was one of the fiercest advocates for this bill, and its passage was one of the most significant successes of his fourth gubernatorial term.

However, this victory provided ample fodder to the haggard Republican minority in Sacramento. The idea of a massive new tax was anathema to the small-government conservatives, and they quickly made it a clarion call for their party.

The first battleground of this ideological fight was the Orange County district of embattled State Senator Josh Newman. Newman was one of the most vulnerable Democrats in the state legislature and the Republicans decided that his aye vote on the bill was reason enough for a recall attempt. Despite a full-blown effort by the state’s Democratic establishment, Newman was defeated in the May primary elections. Newman’s loss sent shockwaves through the state and signaled the perceived widespread unpopularity of the recent gas tax.

The California Republicans now had momentum, and they hoped to capitalize by killing the bill once and for all. In June, Republican leaders placed Proposition 6 on the November general election ballot. Not only would Prop 6 repeal the gas tax that was implemented in the bill, it would also require that all future gas taxes be approved by the voters. This would take power away from the governor and legislature and make it much harder to implement gas taxes in California. Republicans also hoped that Prop 6 would motivate their voters to show up at the polls and thus save endangered Republican congressional candidates throughout the state.

As the Republicans attempt to turn the tables on the Democrats, they are going up against a foe who they have seldom defeated in the last 50 years. Since  Brown first ran for California Secretary of State in 1970, he has gone an astounding 8-1 in races in California, with his only loss coming in 1982 for United States Senate. Brown has held an eclectic combination of California offices including Secretary of State, Governor, Mayor of Oakland and Attorney General. His record of success is virtually unparalleled in California history, and thus his personal popularity poses a significant roadblock to Republican ambitions on Prop 6.

Governor Brown has vocally committed himself to defeating Prop 6. In typical Brown fashion, he recently reminded voters that, “Now is the time. Don’t blow it guys. I mean, I’m going off to my ranch. You’re going to be driving on these damn roads. Fix them now or you may never get them fixed.” Brown has been one of the most prolific fundraisers in California history, and he is putting those skills to use in his fight for the gas tax. He has committed to spend much of his remaining $14.9 million political war chest on this campaign, and he has already raised an additional $25 million to defeat Prop 6.

Brown and his allies are also willing to bend the rules of political politeness to obtain this victory. The recently released official name of Prop 6 on the November ballot states that it will, “Eliminate Certain Road Repairs and Transportation Funding.” This title has angered many proponents of the repeal, who argue that the name is misleading and doesn’t mention the gas tax repeal in the title of Prop 6. Carl DeMaio, a former San Diego City Councilman and a leading Republican in the fight for the repeal, states that, “The politicians are trying to deceive the voters. They are trying to bully voters into approving a measure that costs them more.” However, Brown and his allies hope that this name change will help voters realize the negative consequences of repealing the gas tax.This hope has been borne out in recent polling, as a Public Policy Institute of California poll of likely voters showed that when voters learned the official name of Prop 6 on the ballot, “approval dropped considerably.” This fight over the name of Prop 6 epitomizes the harsh, winner-take-all nature of the gas tax fight in California.

Brown’s machinations, political savvy and fundraising have already produced promising results. Recent polls have shown the repeal effort losing steam, including a Public Policy Institute of California poll earlier this month, which showed that 52 percent of likely voters oppose Prop 6, while only 39 percent favor it. This bodes well for Governor Brown in his fight to retain one of his most crucial legacies – repairing California’s roads.

Some joke that when Governor Brown retires to his ranch in the small town of Colusa, California, he will attempt yet another political comeback and run for mayor. The eighty-year-old soon-to-be ex-governor has a nose for the heart of politics, and even if he doesn’t run for mayor, he hopes to walk off into the sunset with one last political victory that may just be the sweetest of them all.