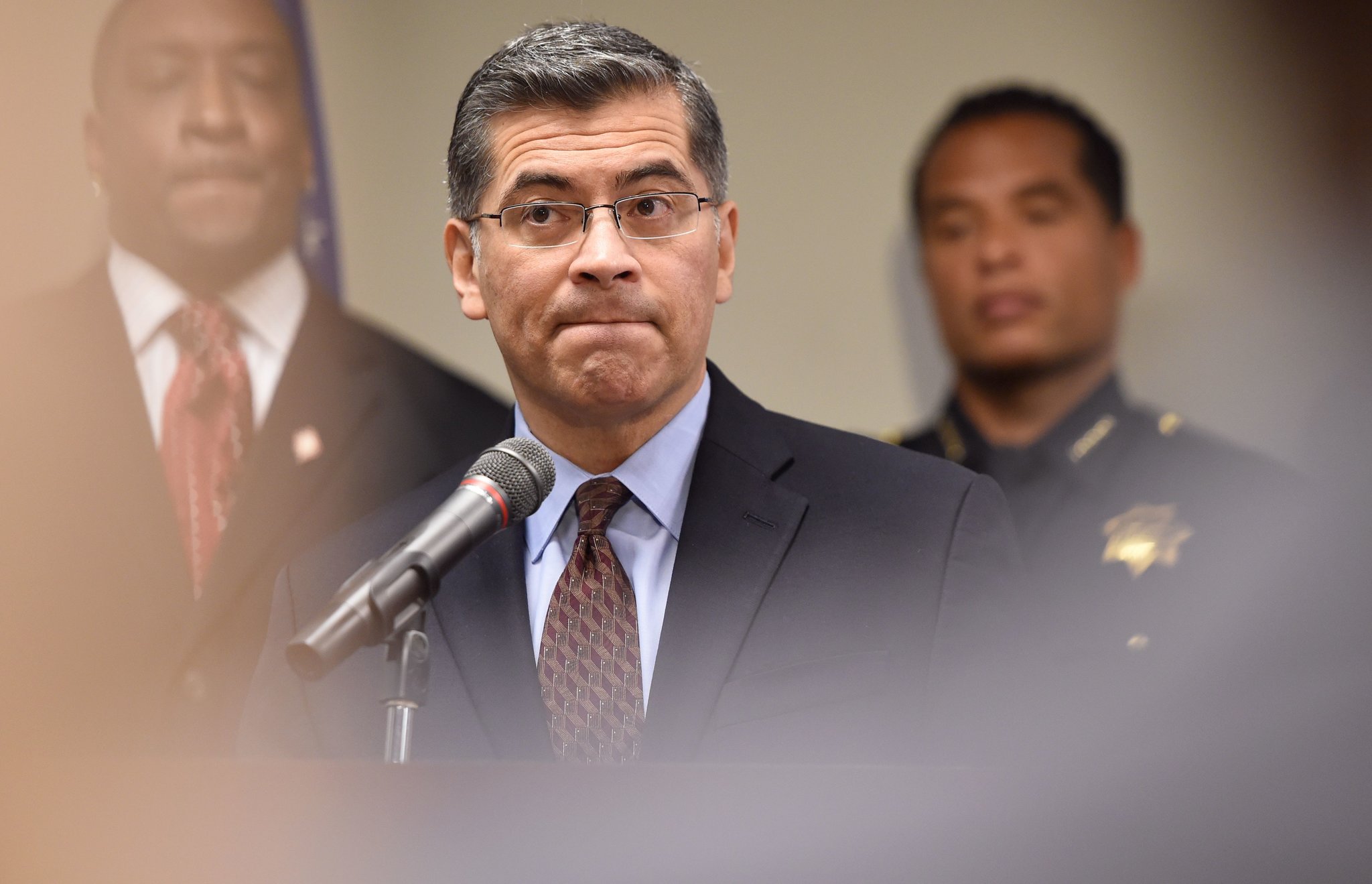 As congressional candidates throughout the country campaign this fall, immigration will inevitably be one of the issues most debated and discussed. Over the past decade, immigration has ballooned from a civil debate with some level of bipartisan agreement to a flashpoint in a national culture war, with President Trump as the ideologue fanning the flames of white, middle American discontent. As the issue of immigration has become more prominent and contentious, so has California’s position in national politics. California’s immigration laws and policies are now magnified beyond the state borders; liberal policies regarding undocumented immigrants are cast by conservatives as rejections of the sanctity of American national identity, and defense of those same policies in court is a symbol of hope for leftists and liberals across the U.S.

The core of California’s immigration policy is SB 54 — the “sanctuary state” law. Sanctuary policies are widespread throughout liberal areas in the United States; many major cities and some states have laws similar to SB 54. In general, sanctuary policies restrict how much police departments and municipalities can cooperate with Immigration and Customs Enforcement (ICE) and other federal immigration authorities, often preventing police from sharing certain information or using local governmental resources to aid ICE. SB 54 fits neatly in this mold: police departments and county jails are prohibited from sharing private information with ICE pertaining to an immigrant inmate’s release, are generally forbidden from sharing information about inmates who have not committed violent crimes, and are expressly disallowed from using local and state departmental resources to enforce or investigate immigration law. Sanctuary policies are usually effective at reducing deportations; it is too early to evaluate SB 54’s impact on deportations, but it likely has a similar impact. However, SB 54 still leaves plenty of room for law enforcement to assist ICE. Sheriffs still have the freedom to allow ICE agents into county jails, even without a warrant, and can share any information about undocumented immigrants accused or convicted of violent crimes. The law still contains exploitable loopholes — ICE agents can still enter county jails without a warrant, for instance. Restrictions on sharing information also have loopholes; SB 54 forbids police from sharing many kinds of private information about inmates, but sheriffs can simply make all information about inmates public, and thus accessible to ICE. Thus, police departments and sheriffs determined to sidestep SB 54, ignore the spirit of the law and allow ICE to have essentially free reign in their county can do so completely legally. Additionally, ICE still has unlimited reach when they obtain court subpoenas and warrants, and agents can still conduct mass sweeps in neighborhoods or work sites. There has not been an attempt by California Democrats to stop ICE from conducting their own legally legitimate business. Stronger restrictions on state and local police were shot down by Gov. Jerry Brown, who refused to sign SB 54 unless the California Department of Corrections was exempted and federal agents were given access to jails.

Conservative responses to SB 54 are almost universally negative. Critics of the law widely argue that under sanctuary policies public safety suffers and criminals and lawbreakers are protected. Jeff Sessions is currently in the midst of an as-of-yet unsuccessful lawsuit challenging the constitutionality of SB 54 and AB 450, a separate, but related, law restricting cooperation between business owners and immigration authorities. But despite what the strong conservative backlash might suggest, SB 54 is hardly radical. It is the strongest sanctuary policy in the nation, but it is almost certainly constitutional. It merely prohibits cooperation and specifies where resources may be allocated, which is entirely within the bounds of state law. In truth, the notion of a “sanctuary state” is a misnomer; California is not a sanctuary, because the state government does not directly protect undocumented immigrants. The so-called “sanctuary state law” is really more of a policy of noncooperation that merely slows ICE down; it is not, legally, a policy of opposition.

The reality of SB 54 does not align with the rhetoric of the national immigration debate. When conservatives criticize sanctuary policies, they rarely note the finer details of the laws. Outside of criticisms from state sheriffs, who generally oppose SB 54 because it imposes restrictions on their departments, critiques of SB 54 are almost entirely ideological. Opponents of SB 54 are mainly offended by the idea that California is not interested in enforcing immigration law, rather than the specifics regarding police cooperation or sharing of information. The federal lawsuit against SB 54 exists partly as a show of federal strength, a statement by a new tough-on-immigration administration that dissent at the state level will not be tolerated. Consequently, Xavier Becerra’s fervent defense of the law in court is not just a defense of SB 54’s constitutionality and legality, but also an act of fierce state-level resistance, a demonstration that liberal policies and values will not be quashed by the Trump administration. In this context, the moderation taken in the writing of SB 54 seems unnecessary. If it is and always was a repudiation of the administration’s immigration policies, why were lawmakers worried about going too far? Why attempt moderation when this policy would never be seen as moderate in the political realm? In many ways, SB 54 and other sanctuary policies seem like half-measures, statements lacking complete substance.

SB 54 is a half-measure partly because lawmakers did not want to take the risk of such an important law being struck down in court. It is telling that more radical restrictions on employers were passed separately as part of AB 450; this ensures that SB 54 will remain intact even if AB 450 is struck down. However, AB 450 only legislates private enterprise, not the public carceral system. It was not written to plug the leaks in SB 54. Legally and politically, strengthening SB 54 directly, potentially unconstitutionally, is still a legitimate option for California, and one that state politicians should consider. It is, arguably, an option that the state government is already pursuing.

California is not the first state to encounter this kind of legal gray-area conundrum. State opposition to federal power is ubiquitous in United States history and politics, and many states have walked this same road before. The story of abortion policy in the last 30 years consists almost entirely of red states passing stronger and stronger abortion restrictions, chipping away at many implicit protections of Roe v. Wade, and maintaining pro-life politics as a mainstream political cause, not accepting the possibility that abortion might be a settled legal question. Even when extreme laws verging on complete abortion bans are unequivocally struck down in court, pro-life activists become energized, and less radical pro-life policies are given cover. These attacks on the right to choose have been fruitful — the Supreme Court has already significantly weakened Roe v. Wade, and with Brett Kavanaugh now on the Supreme Court, red states are in a perfect position to bring a case to the Court that could overturn Roe. The political position of sanctuary policies and immigrant protection is not comparable to that of abortion right now, but that does not mean California’s adoption of a similar strategy couldn’t produce political value. This kind of tactic is not limited solely to the right wing, either. Even after the landmark Supreme Court decision in District of Columbia v. Heller, in which the court ruled definitively that the 2nd Amendment protects an individual’s right to keep and bear arms for self-defense, cities and states (including San Francisco and California) have continued to pass gun laws that verge on unconstitutionality. The Supreme Court has generally declined to hear challenges to these laws, a sign that they are not interested in strongly enforcing their Heller decision. This is a clear success for gun control advocates that would not have been possible without state opposition to federal policy. Of course, gun control is not the same as sanctuary policy; Heller does not ban gun legislation outright, whereas sanctuary policies cannot directly oppose the federal government in any way. Legally, there is very little wiggle room. But even when there is not much progress to make in court, states can still have sway on political questions without testing the bounds of constitutionality. California’s emission standards for cars exemplify this particular dynamic. California’s laws are stronger than those of almost every other state, so the state is uniquely a leader in political environmental battles. SB 54 could fill the same role in immigration battles — setting a strong standard for other states and holding ICE and CBP accountable.

There are legitimate reasons that Gov. Brown insisted on signing a weaker version of SB 54, and why it is not as strong as it could be. It is a balancing act between pleasing local sheriffs on one side and still carrying out Democratic objectives on the other. There is not a right answer for California, but if Democrats are committed to protecting undocumented immigrants, then there is more to do.