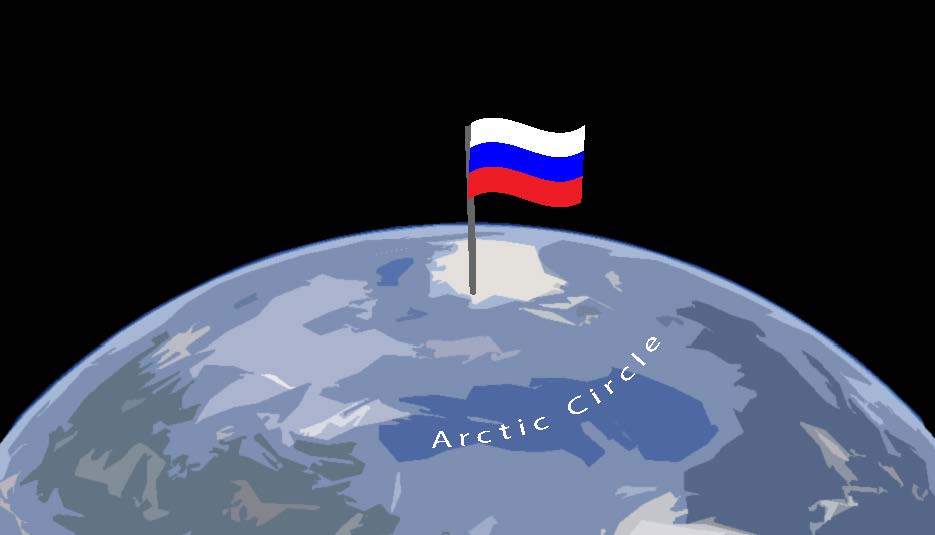 How Climate Change Will Empower Russia

Former Nobel Peace Prize winner Dr. Rajendra Pachauri once said, “Nobody on this planet is going to be untouched by the impacts of climate change.” People fear that the very existence of the planet may be in jeopardy, given the reality of anthropogenic global warming and the fact that sea levels are rising, oceans are warming, and natural disasters are on the rise. We often think of climate change as an existential threat to Earth, asking questions such as: “How much longer can the world supply clean water to its people?” or “Can organisms continue to inhabit Earth, despite rising temperatures?” While these are valid questions to consider, we hardly examine issues regarding the geopolitics of climate change — how climate change may change the balance of global power.

Since 1906, the glaciers that make up the Arctic have been melting due to warming from anthropogenic climate change. This reality begs the question: What happens when the ice in the Arctic melts completely? Who becomes entitled to the water rights in this region? This issue is a unique one, as climate change is an issue of our time. Surrounding the Arctic are several nations, including the United States, Canada, Russia, Iceland, Norway, and Denmark. Although international law states that each country has exclusive nautical water rights 200 miles off their shores, much of the Arctic falls outside of these zones. To resolve competition over these unowned areas, each country has prepared its own resolution for a board of United Nations scientists, making their case for why they deserve their claims to these unowned waters. Unfortunately, many of the nations’ claims overlap, creating uncertainty about how to resolve the disputes between the various resolutions. Interestingly, Russia has found a solution to this problem — simply asserting its dominance in the Arctic, without any regard to international bodies.

Slowly but surely, Russia has increased its activity in this region in order to create a global association between itself and the Arctic. They have already planted a Russian flag on the Arctic ocean floor, symbolizing their control over the region. Additionally, they have created Arctic naval patrols, expanded their Arctic naval and ranger forces, and constructed air facilities in the North of their country, amplifying their military presence. This is just the beginning. Russia has announced plans to create drones that will oversee the Arctic, giving them information about all activity that occurs in the region.

Perhaps the most illustrative example of Russia’s efforts to take control of the region is a small island near the Arctic coast known as Svalbard. On Svalbard, Russia has planted several more Russian flags, constructed a statue of Vladimir Lenin, and created an infant coal mining industry. Even though the island technically belongs to Norway, Russian people working there consider Svalbard as part of Russia. Interestingly, the coal mining industry was created not for economic purposes, but rather in preparation for the Arctic glaciers melting completely. Before that happens, Russia wants the world to perceive the Arctic as being Russian, and their claims as being thus legitimate. To further assert its dominance, Russia has also been developing a tourism industry on Svalbard, whereby people from across the globe can vacation in the Russian Arctic. Such efforts have been successful; Barentsburg, a city in Svalbard, saw an increase in tourism last year by 25%. We are in the process of witnessing the renovation of this new “Russian” island.

Although money, politics, and security partially explain why Russia has been so aggressive in claiming the Arctic region, they do not fully explain the phenomenon. With control of the Arctic, Russia can control the new maritime trade routes between Asia, Europe, and North America that will appear with the melting of the glaciers. More importantly, this area is estimated to contain 30% of the world’s undiscovered natural gas — a huge economic incentive to claim as much of the Arctic waters as possible. In fact, if Russia manages to succeed in passing its UN resolution, it will own more oil and gas reserves than any nation in the world.

Other Arctic nations such as the United States and Norway have not been nearly as assertive in their Arctic ambitions. In fact, the U.S. only has two ships capable of traveling through Arctic ice, far fewer than Russia’s 40. The U.S. also does not have any military bases in the area. Although Norway has announced plans to close down the coal mining industry in Svalbard, this alone is not enough to stop Russia’s multifaceted strategy. Furthermore, the Arctic Council, an organization that oversees the politics of Arctic nations, has little power over the issue because it is “prohibited by its charter from weighing in on security or military-related matters.” It seems like Russia has a clear path towards capturing the Arctic and its resources.

We are at a time in history where climate change has produced political implications like we have never seen before. Because the Arctic glaciers have always been there, we have never considered the possibility of their absence. With the Arctic glaciers on their way out, countries are actively competing over the unclaimed territory. Russia has emerged as the front-runner in this race, with its tourism industry, military bases, and Russian symbols spread throughout the Arctic. Other nations have been slow to respond, increasing Russia’s chances of capturing the territory at its valuable natural resources and trade routes. Climate change is bound to create similar geopolitical conflicts in the future, and issues such as these are only the beginning of the global fight for natural resources.