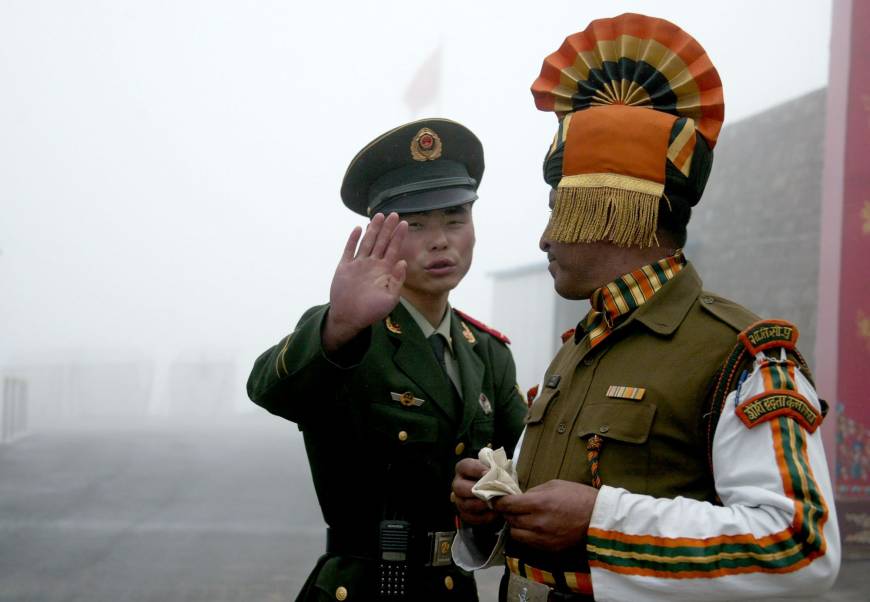 China and India: The Emerging Power Struggle of the 21st Century

Over the past 40 years, Asia has experienced unprecedented levels of peace and prosperity, as the bloody conflicts of the Cold War gave way to a relatively stable order. This stability has allowed trade and commerce in the region to flourish, facilitating the emergence of China and India as substantial economic powers. China’s economy is the second largest in the world, but India is beginning to catch up — India is already projected to become the world’s third-largest economy by 2030. Economic expansion has started translating into geopolitical influence for China and India, who are now on the path to becoming the emerging superpowers of the 21st century. However, this ascent to power increasingly appears to be leading to a rivalry between the two countries, with potentially destabilizing consequences.

Difficulties in China-India relations are nothing new. In 1962, China launched a surprise offensive, penetrating deep into North-eastern India. Having ‘taught India a lesson’, as China’s Premier Zhou Enlai later said, China withdrew its forces from the eastern areas of India after just 32 days, while keeping the territorial gains it made in the western part. India and China, as a result of this war, still have territorial disputes to this day.

After a long period of détente after the India-China War of 1962, tensions have recently begun to reemerge. This was dramatically illustrated in the summer of 2017, when Chinese and Indian troops engaged in a two-month standoff in the Doklam region, an area that is disputed between Bhutan and China. This came after a Chinese military crew began building a road through the region, leading India to respond by sending troops to block the construction. Ivan Lidvarev, a specialist in India-China relations, argues that this ultimately reflects “the wider competition for influence in South Asia prompted by China’s growing power in the region and India’s desire to protect what it sees as its own sphere of interest.”

The growing scope of China’s power projection and grand strategy is epitomized by the Belt and Road Initiative (BRI), a huge infrastructure program spanning across Eurasia that will cost 150 billion dollars annually. One pillar of the BRI is the China-Pakistan Economic Corridor in the Kashmir region, which will involve constructing an oil pipeline, as well as connecting Pakistan’s Port of Gwadar to China. This territory is claimed by India, which regards China and Pakistan’s increasingly close relationship with great trepidation — India and Pakistan have fought four wars over the past 60 years, making the alignment of China and Pakistan, two hostile, nuclear-armed neighbors a threatening prospect for India. India fears that constructing the pipeline, with its accompanying Chinese military presence, will effectively decide the territorial dispute in Pakistan’s favor.

The BRI also involves projects in surrounding countries such as Sri Lanka, Nepal, and the Maldives, which have traditionally been part of India’s sphere of influence. The Maldives, a country known mainly for its luxury resorts and tropical beaches, has now become a tense site for India-China strategic competition. The Maldives has long had strong ties to India but has recently agreed to join the BRI under its authoritarian leader, Abdulla Yameen. As the country’s constitutional crisis recently escalated with the decision by Yameen to declare a state of emergency and jail two Supreme Court judges, Chinese warships moved into the area. Opposition leaders have, in the meantime, called for India to intervene militarily. This move by China has important strategic implications, as has been argued by Brahma Chellaney, professor of strategic studies at the Center for Policy Research, who says “If China, which has stepped up military pressure on India along their Himalayan frontier, turned one of the Maldives’ islands into a naval base, it would effectively open a maritime front against India.”

As in other Asian countries, China’s increased military and economic sway in the Maldives has come rapidly — until recently, the two countries did not even have diplomatic relations. That this push for influence in areas once highly dependent on India has progressed so successfully and quickly indicates that China, at present, is outmaneuvering India on Asia’s geopolitical chessboard.

India rightly fears that this array of initiatives may soon lead to its strategic encirclement — a situation where it is surrounded by states that are economically dependent on China and potentially willing to, for example, provide the Chinese navy with access to ports close enough to India to threaten its national security. India’s decision to boycott the recent BRI conference reflects these deep concerns and has contributed to the sharp deterioration of India-China relations over the past year.

But while China may currently have the advantage in competition between the two powers, India now has higher rates of economic growth, a situation that is likely to be sustained by its much higher birth rate. This may well afford it the opportunity to build up its military, diplomatic, and political resources and narrow the power gap with China. India’s huge economic potential has led to the US increasingly viewing India as a crucial ally, bringing China to fear that India could help the US to contain China. Moreover, India’s location, between the Indian and Pacific Oceans, places it between China and its Middle Eastern energy supplies. India could, therefore, help bring about a crippling naval blockade against China, whose economy is heavily reliant on energy imports, in the eventuality of US-China hostilities. The “Malacca Dilemma”, as this security threat is known, is the ultimate nightmare scenario for Chinese policymakers.

These suspicions were heightened by India’s decision to join the Quadrilateral Security Dialogue, a strategic and naval dialogue with Japan, Australia, and the United States. China’s fears are hardly irrational. The prospect that the US will seek to contain China seems to be a plausible possibility, given that the Trump administration’s new National Defence Strategy identifies China as a strategic competitor. While this new stance may not be quite as hawkish as the containment of the Soviet Union was under many US administrations, it nonetheless signals a clear shift away from the more cooperative approach held by the US under the Obama administration.

Rising nationalism in both India and China also does not augur well for future relations between the two countries. China’s ruling party may be nominally communist, but it uses nationalist rhetoric and propaganda in order to bolster the legitimacy of its authoritarian regime. Meanwhile, India’s prime minister, Narendra Modi, espouses a strident Hindu nationalism and a more muscular foreign policy. Makers of foreign policy cater to a domestic as well as a foreign audience, and when nationalism becomes widespread and fervent, leaders will often encounter greater difficulties in selling compromises over issues like territorial disputes to the public.

In spite of this emerging competitive dynamic, outright war is still unlikely. China and India are both nuclear powers, meaning that both countries will seek to limit the risk of nuclear catastrophe. This imperative to avoid a ‘hot war’ can be seen in the recent Wuhan summit, where Narendra Modi and Xi Jinping sought to step back from a period of high tensions and highlight areas of mutual interest and potential cooperation. However, this is, in most likelihood, an exercise in limiting and circumscribing competition, rather than a genuine attempt to achieve deep cooperation. The US and the Soviet Union, after all, held many such summits during the Cold War, but the competition between the two countries nonetheless continued for over four decades. It seems fair to conjecture that India and China will avoid military conflict, but pursue war by diplomatic, economic, and geopolitical means. The desire of two great powers to achieve regional hegemony in the same region is by definition fundamentally irreconcilable — thus unless either India or China abandons such ambitions, a cold war will be hard to avoid.

In the 19th century, Britain and Russia engaged in the ‘Great Game’, a competition for primacy in south and central Asia. While much of the history of the past few centuries has been defined by competition between European powers, the world’s political and economic center of gravity is now inextricably shifting east to Asia, as can be seen in the rise of China and India. As a result of this rapid change in economic circumstances, the growing and incompatible geopolitical ambition of Asia’s two emerging superpowers is bringing about a decidedly competitive dynamic in their relationship. The global order of the 21st century may well be shaped in large part by India and China vying for dominance, in a modern version of the ‘Great Game’.