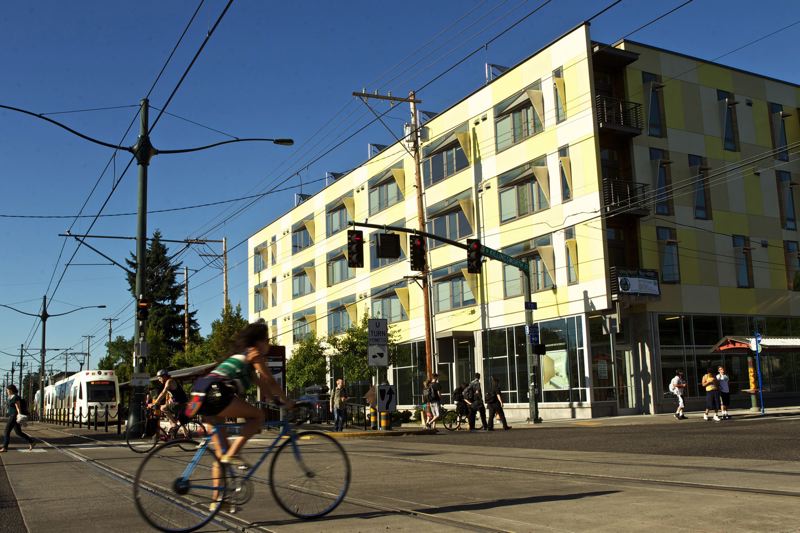 In his 1873 novel The Gilded Age: A Tale of Today, author Mark Twain discussed a world run by the upper echelons of society, detailing the growing and domineering aristocracy apparent at the turn of the 19th-century where financiers and business magnates dominated the urban landscape and frail economy. Twain was one of the few amazed by the power entrusted in robber barons by the average American citizen. “The foundation of modern society,” remarked Twain. “Who shall say that this is not the golden age of mutual trust, of unlimited reliance upon human promises?” While this domination of the wealthy and upper class soon ended with the advent of the Progressive Era and antitrust reform, these classist issues have still managed to stay present in today’s sociopolitical landscape.

In fact, those aforementioned issues have not only survived, but also have become  entrenched in American society, with the upper middle class the growing leader in everyday society, bolstered by the process of gentrification, renovating and improving a house or district so that it conforms to middle-class taste, a remnant of 19th-century class division. The gradual elimination of poorer neighborhoods and housing projects have severely impacted the poor within minority-populated cities. When Marion Barry first became mayor of Washington D.C. in 1979, the city was more than 70% black; when he died on November 2014, the black population had plummeted to below 50%, with white populations increasing.

Nowhere in the U.S. has gentrification been more prevalent than in Portland, Oregon, which is facing a huge residence spike due mainly to the city’s status as one of the best places to retire in the Pacific Northwest and one of the most rapidly-aging metropolitan areas in the country. Portland’s cost-of-living has skyrocketed in recent years due to gentrification, leaving many senior citizens, who don’t have the jobs or wages to meet the high cost demands. Historically, Portland has readily aided the gentrification process, with the city government approving urban renewal projects and property razing as early as 1950. Recently, median housing prices have increased from $148,000 in 2000 to $340,000 in 2015, a 129.7 percent increase.

However, a new move pioneered by Portland promises to redo the years of systemic gentrification and economic discrimination witnessed in the United States. The city’s “Right to Return” policy is ground-breaking, allowing tenants, mainly minorities, to move back to communities that forced them out due to gentrification; the result is more and more cities, in the midst of a brutal housing crisis, reorganizing the way housing is allocated. The construction of homes is centered around affordability, in contrast with the recent trend of the for-profit housing market during the past several years; this has huge implications for how cities plan residential construction and affordable housing.

The most innovative aspect of the “Right to Return” initiative is the “preference policy” attached. The policy establishes a process that gives priority to people who were forced out of inner North and Northeast Portland in past decades, an issue that disproportionately affected minority races in Portland. Under this current plan, highest preference for housing support goes to those who can show that their families were forced to move in the wave of displacement that occurred to make way for areas of primary gentrification, like recently-constructed interstates and medical centers. “We’ve chosen to prioritize folks who do have some barriers and challenges,” says Shannon Callahan, the director of the city’s housing bureau. Despite the “Right to Return” program being relatively untested and the lack of true housing subsidies involved, Portland city officials are hopeful of immediate results.

That immediacy has come in the form of other cities, specifically Chicago, embracing the anti-gentrification movement. A proposed measure backed by Mayor Rahm Emanuel would force developers of large projects in neighborhoods with red-hot real estate markets to build more affordable apartments in an attempt to combat gentrification. Set to be introduced Sept. Sept. 6 by Emanuel, the aforementioned legislation would follow another measure that sought to curb gentrification in congested neighborhoods within the surrounding area. The legislation would charge developers hefty fees to demolish residential buildings along the western portion of the city without building homes for low-income Chicagoans, with the goal of shifting the housing markets and residential planning from profit to affordability. City councils in Austin, Texas have also jumped on the housing shift bandwagon, with lawmakers introducing a bill that would offer current or former residents of gentrifying areas preference for income-restricted housing, specifically referencing the recently-implemented policies in Portland.

But does gentrification even exist? It’s a common response to public allegations of both racial and socioeconomic discrimination directed towards city councils. Some argue that the situation in Portland is an unrelated example of the resistance to gentrification and that any notion that the times are changing is a sore misconception. In addition, many individuals and lawmakers don’t see gentrification as a problem, rather as a label slapped on community displacement seen as relatively necessary by city councils and the natural nomadic tendencies of poorer American households. Beyond its mere existence, many even question if gentrification is a societal liability and conversely contend that it improves urban neighborhoods. In fact, a study from NYU’s Furman Center suggests that residents of public housing in wealthier and gentrifying neighborhoods make more money, live with less violence, and have better educational options for their children, despite also facing some challenges. Another comprehensive study find that there has been much less displacement of existing residents from gentrifying neighborhoods than is commonly feared—and that those who do leave aren’t necessarily more likely to move to lower-income neighborhoods. Specifically, in gentrifying neighborhoods, existing residents are just 0.4 percentage points more likely to move out in a given year than they would be in a non-gentrifying neighborhood.

There are, however, numerous benefits to Portland’s approach, with numerous neighborhoods broken down block-by-block into one, two and three-point zones representing the extent to which urban renewal took place there. The level of accountability afforded to citizens is additionally novel; individuals are given the chance to prove someone in their respective families lived in one of the hundreds of homes that were seized by the city through the right of eminent domain. While older policies in New York, Oakland and San Francisco have all tried to give residents of gentrifying areas preference when a subsidized apartment building goes up in their neighborhood, no city has tried to give preference to residents who live outside a neighborhood on the basis of their parents or grandparents having lived there, until Portland’s current measure. That being said, the support for Portland’s new policy certainly isn’t universal by any means, even within the city council, with many new members, like previous Democratic Oregon House of Representatives member Jo Ann Hardesty, believing the drastic relocation further demeans African-Americans, allowing them only to move back to neighborhoods in Northeast Portland when white Americans have moved elsewhere.

It’s hard to both embrace our privilege and sympathize with the economically-disadvantaged, the group that bears the brunt of housing reforms. The truth of the matter is that gentrification and the housing crisis are not just pertinent to us today, but stand increasingly to affect posterity; as long as for-profit real estate dominates the majority of the housing market, the cost of living in the U.S. will increase, favoring the needs of the rich and discriminating against those of the poor and working-class, who not only cannot afford housing, but will also see their neighborhoods and communities torn down to make way for middle-upper class suburban sprawl.

Even in this liberal bastion of Berkeley, where we all claim and strive to be socially-aware, we sometimes forget that cities like Oakland are only a few miles away. In recent years Oakland has been at the mercy of urban redesign, with current studies finding it impossible to pinpoint an exact number of people being forced to move, resorting to U.S. Census Bureau outmigration data, which just underlines how serious this problem is becoming. Gentrification serves to whitewash and price-discriminate entire communities, threatening the way of life of many citizens. Working to implement better affordable housing policies from city to city may be the best way of preserving the standard way of life for hundreds, if not thousands, of marginalized Americans.