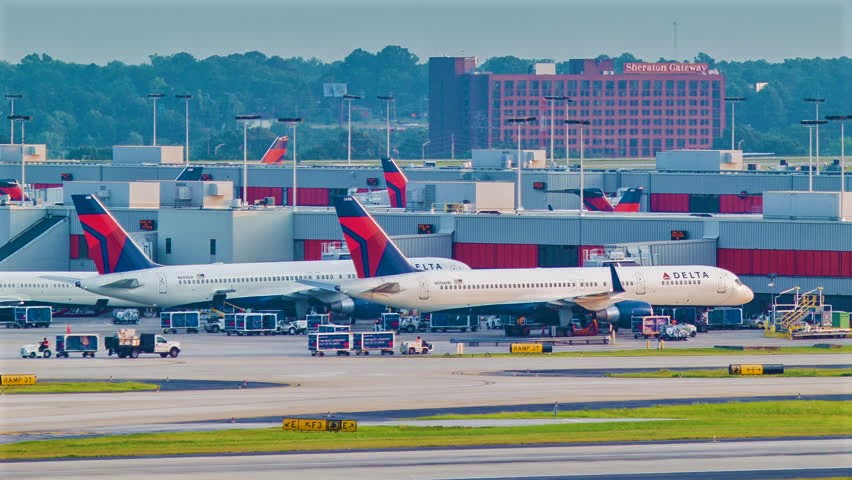 Corporations have followed the lead of social activists in the nationwide movement calling for greater gun control in the wake of the Marjory Stoneman Douglas High School shooting in Parkland, Florida, instituting anti-NRA and anti-gun policies.

Delta Airlines, in particular, has raised headlines recently. “You’ve got to stand up for what you believe in” said Delta Airlines CEO Ed Bastian in February of 2018 as he vowed to cease NRA member discounts for those flying with Delta. Citing the increasing moral responsibility of companies in “today’s society,” his actions have resulted in outrage from political officials, particularly those in Georgia.

In response to Delta’s policy change, Georgia’s current Lieutenant Governor and gubernatorial frontrunner Casey Cagle tweeted that he would “kill any tax legislation that benefits Delta unless the company changes its position and fully reinstates its relationship with the NRA. Corporations cannot attack conservatives and expect us not to fight back.”

Replying to this statement, Bastian commented that while Delta “supports the second amendment…‘we’re not going to let the state decide how we run our business.’”

These clashing statements, however, were just precursors to the larger political retaliation that soon followed. Responding to Delta’s announcement to cease ties with the NRA, particularly with regard to “their contract for discounted rates” echoed in their Tweet found in Figure 1, Georgia’s legislature killed a bill that would have offered more than $50 million worth of tax breaks through a jet fuel tax exemption, an exemption that would particularly benefit Delta due to its large hub located in Atlanta, Georgia.

Most interesting is the fact that only 13 passengers have ever purchased a Delta ticket with an NRA discount. Furthermore, Delta was not the only company to cease ties with the NRA in the wake of the Parkland, Florida shooting. Rather, companies like MetLife, First National Bank of Omaha, Hertz, and Enterprise, among others, have additionally implemented a similar policy. Yet, what differentiated Delta’s actions from these other companies was the legislative response from Georgia, who possessed both the leverage and the will to make a political statement — Delta serving as its example.

But the monetary consequences of Delta’s misstep do not end with Georgia. Rather, the political leadership in Florida is echoing plans to follow suit. Prominent state Representative Blaise Ingoglia of Florida stated that while “anyone can engage in political speech,… we have a duty to watch and make sure government money doesn’t underwrite it.”

In response to the increasing hostility of these states against Delta, other states, looking at the revenues that Delta could bring to their own states, have reached out to indicate that Delta is welcome to relocate their hub to their states. For example, Virginia’s Governor, Ralph Northam, expressed that Delta is “welcome here [in Virginia] any time.”

To illustrate the economic consequences of Delta’s change in policy, aside from possible outrage from over 5 million NRA members and the estimated 100 million gun owners in America, Delta would also lose a considerable amount of revenue should it be forced to move its headquarters to pursue a better tax policy deal elsewhere. In 2017, Delta estimated that in a 12-hour power loss at the Atlanta airport, it lost somewhere between $25 and $50 million. Should Delta be forced to relocate to Virginia or any other state due to hostile policies from Georgia, it’s largest American airport hub, that relocation would at the quickest, take one month. A conservative estimate is that this relocation would cost Delta $1.5 billion in lost revenue alone, not to mention the inconvenience this may cause for its customers and employees. Thus, at this point, it would not appear to be a wise economic maneuver for Delta to relocate its hub to Virginia or any other state.

However, this infeasibility of moving does indicate that there will likely be continued tensions between Georgia and Delta seeing that Delta does not appear to be reversing its NRA-position and neither do politicians appear to be altering their hard-line stance on punishing Delta for it.

These tensions come in the midst of escalating tensions between gun supporters and anti-NRA and anti-gun activists. Most recently, former Supreme Court Justice Paul Stevens announced that he supported a full repeal of the 2nd amendment, a statement that attracted much outrage from gun supporters and even moderates for greater gun control.

In response to this pushback on guns, the NRA has received three times the number of donations since the Parkland shooting. On the side of gun owners, at least, there appears to be unwavering support for the 2nd amendment.

Gun control, and an outright gun ban, has been a subject of debate in America for a long time. With every mass shooting or national tragedy, anti-gun activists once again launch a rallying cry for minimizing the presence of guns in America. But despite these calls, many others remain firm in their support of the 2nd amendment. While the Parkland shooting has produced an unprecedented corporate response, best demonstrated by Delta’s shift in policy, it is highly unlikely that this movement will change anything. Quite simply, Americans cling to their guns and nothing will change that soon.