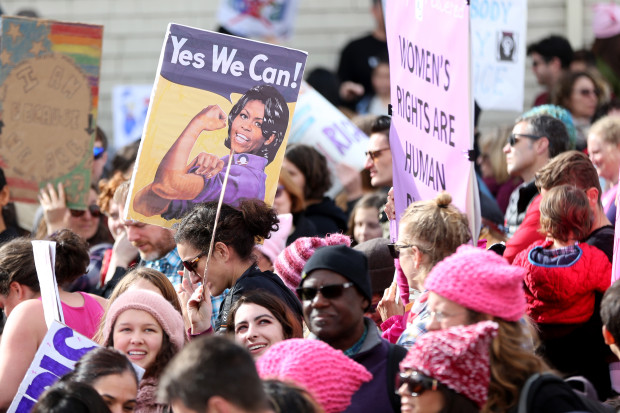 “Pics or it Didn’t Happen”: California’s Millennials’ Resistance to Voting

How much would you pay for an avocado? Millennials, even if they refuse to admit it now, will fork up a relatively large amount, such as $12 for avocado toast or $5 for a side of guacamole. Driven largely by millennials, the current 18- to 35-year-olds, avocado consumption has skyrocketed from one pound per person in 1994 to a whopping seven pounds per person today. Despite the stiff prices, the avocado has practically become the poster boy for California millennial lifestyle. This superfood represents their commitment to clean-eating and “athleisure.” Yet the avocado also symbolizes millennials’ detachment from the real people that make possible their trendy lifestyle and social media presence possible.

The avocado shortage in 2017 sent millennials into a pit of despair, not because the shortage threatened the jobs of thousands of farmers, but because they might have had to pay a few extra dollars for avocados. Severe heat from the previous summer in California’s growing region combined with the continuing drought damaged premature avocados. Additionally, last year’s Thomas fire, which hit the biggest avocado-producing region in the nation, destroyed up to 80 percent of crops on certain farms. California’s avocados never stood a chance last year. Luckily, millennials did not have to suffer much, as imports from Mexico made up for the lost California supply. But others still felt the burn. California farmers started selling their farms, as what remained of their avocados could not get them through the year. Many lost their jobs as crops were ruined and Mexican imports filled the gaps. So while millennials sat cozily in their favorite cafe griping over the two extra dollars for their avocado toast with a forced smile, the farmers, of which nine out of ten are undocumented, and thousands of other low-income California residents, worried how they would continue to feed themselves and their families.

Avocados have come to represent the very inequality millennials love to hate. The price alone renders avocados a luxury that many Californians cannot afford, but that does not stop wealthy young people from worshipping avocados in all their creamy, green glory. Yet, at the same time, 68 percent of millennials believe the government should do more to reduce inequality in California. They want to have their avocado toast and eat it too, which begs the question of whether their concerns about inequality are any more real than their carefully cultivated Instagram profiles.

Millennials’ (seemingly shallow) concerns extend beyond avocado prices and inequality. Polls show that 60 percent of this generation prefers an increase in taxes to go towards government services, while 70 percent believes climate change seriously threatens California’s economy and quality of life. Most recently, millennials have taken charge in the campaign for increased gun control. Thus, it is not surprising that this generation identifies as more liberal than any previous one. In fact, younger Californians have led and participated in a whole slew of progressive protests. A poll found that about 24 percent of millennials have participated in a protest, demonstration, or rally, compared to only 10 percent of older generations. However, their support for these issues often fails to extend beyond one or two social media posts.

Despite their concern, far fewer millennials vote than those of older generations. Oftentimes, less than 50 percent of eligible voters in this generation actually show up to the polls. In 2016, only 51 percent of millennials voted. Older generations exceeded at least 60 percent. This disparity can in part be explained by the fact that millennials lack faith in the political process. Regardless of party, younger people tend not trust politicians, or other people, and believe money in politics causes many of the existing problems in the United States. Additionally, millennials are wary of formal political institutions, such as voting.

Though many millennials avoid the voting booth, they still remain highly politically active. But their engagement feels almost staged. Over 90 thousand people have posted photos on Instagram from Women’s Marches in Los Angeles, and at least another 20 thousand posted from the Women’s March in San Francisco. That represents a lot of support for one issue, but that support quickly burns out once everyone packs up their witty signs and the protest ends. Protests might attract a large group of millennials, as they offer a much more exciting Instagram opportunity than voting, regardless of how cool a selfie with an “I voted” sticker looks. Yet these protests revolve around actual issues that affect real people. Millennials have the potential to make a huge difference for these people, but their social media lives and their apathy towards voting consume them faster than they consume avocados.

Millennials comprise the largest group of eligible voters in California, which could translate into some serious political clout. In fact, many believe that California and its 10 million millennials hold the key to Democrats winning back Congress in the 2018 midterm elections. Protesting can be an extremely effective political tool, and, in fact, millennials believe it is the most effective way to create change. So millennials should not stop protesting for what they believe in. But, in addition to that, they need to vote. Their support cannot just be part of the latest social media trend. In order to increase the number of millennial voters, some are turning to grassroots outreach in an attempt to inform young people and to persuade them to vote. Politicians and candidates seeking this generation’s support in the 2018 midterm elections could turn their focus on issues concerning California’s millennials, such as student debt, job prospects, unaffordable housing, and technology. A new California law enacted in 2016 enables teens under the age of 18 to preregister to vote, and thus far over 100,000 people have taken advantage of this legislation and pre-registered. California’s youngest generation, “Generation Z,” realizes the important connection between voting and political change. But this connection seems lost on millennials. Ultimately, this generation needs to recognize that the issues they march for and post about on social media have real-life consequences. The implications are far bigger than finding the opportune photo-op or breaking 100 likes on a profile picture. California’s millennials need to vote in order to actually enact change.