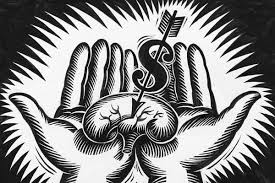 Legalizing Trafficking: Iran’s Unjust Organ Market and Why Legal Selling of Organs Should Not be The Resolve

Celeste Lee has been patiently waiting for a kidney for over 20 years. She was just 17 when an autoimmune disease wrecked her kidney Function, and since then has been relying on a transplanted kidney to keep her alive. Celeste’s story is not uncommon. Around 4,500 people die annually waiting for a kidney transplant. Along with stem cell research, a proposed method to curb the deficiency of organs has been the selling of kidneys. Sally Satel, a scholar at the American Enterprise Institute and psychiatrist at Yale School of Medicine, argues that “altruism is not enough.” She states, “We need to give more healthy young and middle-aged people a reason to become living donors.”

The commodification of organs will certainly reduce the transplant waiting list and save thousands of lives in the process. However, Satel, along with many proponents of “organ selling”, are quick to brush off the negative consequences that arise. Tactfully, they use a purely utilitarian argument and defend bodily autonomy, claiming that by inhibiting this process we are removing people of agency and are allowing for deaths from lack of donations to continue. What is not addressed is the system this creates for the poor. To gain better insight on what this can do to our society, I look at Iran, the only country which has legalized the selling of organs. I argue that there are far more ethical approaches to dealing with the organ shortage. This includes implementing an opt-out system, mitigating disincentives for kidney donors, and providing non-monetary incentives for donors.

Since 1999, Iran has created a program where “A government foundation registers buyers and sellers, matches them up and sets a fixed price of $4,600.” This is a very rosy construction. Firstly, while it sounds like a system of equity, about 70% of Iranian vendors are classified as “poor.” Saeed Daeghan stated that it has created a system where “poor Iranians compete to sell their organs”, and ultimately, this has made Iran more like a “kidney market.” Furthermore, it seems that organ selling is not even instrumental for the advancement of the poor. As stated by Francis Delmonico, the medical director of the New England Organ Bank, “The experience in Iran is that the poor remain poor following a vendor sale, and then with one less kidney.”

The Iran case study also shows how exploitation is inevitable. Transplant kidneys for foreigners are by law, outlawed. Yet, this nurse, from Namazi Hospitals (the largest transplant center in Iran for kidneys) says rich Saudi patients come often in the summer where “transplant tourism is very common.” There is also little conclusive evidence that the black market has been eradicated, or even diminished. Nancy Scheper-Hughes, professor of medical anthropology at UC Berkeley and director of Organ Watch, states that “regulation in Iran has not ended the black market, it has simply made it an official policy.” In other words, living donors are still recruited by middlemen to negotiate prices.The government is not, in many cases, the justful arbiter in prices it claims to be. It is still common that donors sell to private entities who provide organs for patients that don’t meet Iran’s standards. Dr. Delmonico mentions that “market forces…determine the under the table price.” It’s also disputable if the Iranian government has, effectively, eliminated their waiting lists for kidneys as they claim. For instance, Dr. Heideri Rouchi claims that the waiting list for cadavers is around 300.

While Iran and the United States are different in nature, it is likely that analogous problems would be present wherever such a system is implemented. Dr. Kernstein from Princeton states, “There is little respect for the dignity and little respect for the poor.” A free market of organ sale “would inevitably transfer health from the poor to the rich.” Kernstein states that this entire argument can be boiled down to a value judgment: “whether or not the injustice it causes is validated by the lives it would save and a person’s right to their body.”

The Selling of Organs is Unjust

The World Trade Organization and the UN have both denounced organ selling as unjust. Legalizing the sale of organs would normalize a system where the poor will be expected to sell their organs. For some individuals, it is probably an acceptable alternative to working long days in a coal mine, harming one’s health and making very little. It could be that a poor man wanting to feed his family will not care much for the ethical dimensions of this debate- he will do what he wants to do, and will greatly benefit from this. It is likely that plenty of individuals will benefit from organ selling, but just as many will be subject to a system where worth is derived from body parts rather than being human.

The consequences of commodification are multidimensional. In the long run, such a system further entrenches the divide between the rich and the poor. This is ultimately detrimental to both our society and our democracy. This would just be a greater, more insidious manifestation of economic inequality. And as economic inequality becomes more salient, it becomes likely that people will resort to violent and undemocratic methods to affect change.

Furthermore, normalizing organ selling normalizes injustice. If we’re assuming that all people in the United States are equal, a system of organ selling might be acceptable. But the United States is riddled with inequalities. We cannot forget the traces of institutional racism that already exist: So is it that poorer folks, a substantial amount  African-Americans, will be expected to provide organs for the White middle class? Is it to say the price of living in the United States as an undocumented immigrant, a refugee, a single mother, is the selling of body parts?

Any kidney that is sold in the United States will be sold on a free market, unlike Iran which operates on a command economy. Thus remains the question: if we are to place organs on the free market, then how is it that poorer individuals, when needing transplants, will be able to afford one themselves? According to the American Society of Transplantation, “many transplants fail due to the inability to afford…aspects of essential medical care.” Currently, while hospital fees may be large, the donor system ensures that prices for organ stay low. If we are to legalize commodification, there is no guarantee that supply will meet the demand, the impetus which lowers prices. When looking at an analogous situation, the legalization of prostitution, it becomes clear that the assumption that supply will meet demand is wrong. If supply doesn’t, then the prices of organs will be astronomically high, perhaps even leading to a greater use of illegal organ trafficking.When human lives are dependent on the whims of the market, there is no guarantee that someone who had sold their organ will be able to afford one in the future.

The proposed “utilitarian” argument in favor of organ commodification is very shortsighted. It’s proponents tend to fail in recognizing the far-ranging effects beyond the vendor-buyer relationship- and it seems extremely plausible that, when considering all the nuances and potential misuse, negative utility will result. Similarly, the bodily autonomy argument put forth fails to recognize the very different realities different groups face. It assumes that each individual is given the same amount of control over their bodies, whereas bodies are subject to various societal pressures. A homeless single mother might be coerced by her circumstances to a far greater degree than a college student who wants to take a gap year. When such a system will clearly place a burden on the poor, and the expectation becomes for one to either sell their organ or starve, bodily autonomy and choice is diminished. Any action made in that situation will not be made out of considerable volition.

What Can be Done?

Before even considering such drastic measures, we should first attempt to correct the system at hand. A commonly proposed alternative has been the opt-out system, where everyone is already included as an organ donor if organs are viable after death. In opt-out countries, such as Austria, more than 90% of people donate their organs. In contrast, in the United States, fewer than 15% of individuals donate their organs. It is plausible that implementing an opt-out system itself could remedy the current organ shortage.

The opt-out system would be most effective in conjecture with other methods. There are a lot of disincentives to donating organs- particularly the time and money it takes for the actual surgery and recovery. The effort involved with donating kidneys easily dismays many people. So, I propose we begin with mitigating these disincentives by having the government, NGO, or the family of a potential match cover these losses. All fees for transportation, work leave, and recovery should be covered. Non-monetary incentives should also be utilized. Organ donors should be met with the same honors that a veteran is, with recognition in the community and by notable politicians and individuals. We can provide awards and valorize their service, and make being an organ donor an honorable.

I worry that legalizing such a system, while providing immediate short-term returns, will, in the long run, be detrimental to our Democracy, to our healthcare system, to our people, and to global order. The United States still maintains a position among the world’s global powers. Once we legalize organ selling, countries with far less accountability will see also this as an option. The United States does not exist in a vacuum, nor is any policy that is implemented revoked without considerable harm. Organs cannot be returned. It is critical that we address the organ shortage, but slight adjustments to the current system should be our first and main priority.
Featured Image Source: https://www.intelligencesquaredus.org/debates/we-should-legalize-market-human-organs