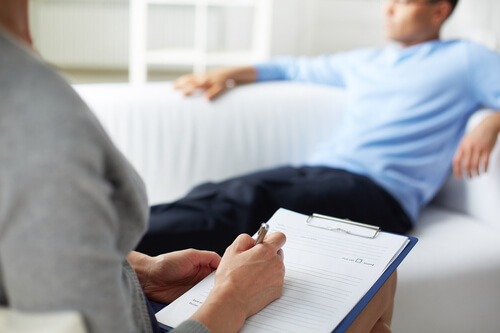 The Decrease of Psychiatrists in California: Another Battle for Mental Health

On average, 1 in 20 adults in California suffers from a serious mental illness that severely affects the way they go about their daily activities. That staggering statistic, although shocking, should not be surprising. College campuses are constantly reminding students of the importance in seeking medical attention in high-stress environments, and as early as elementary school, students are taught about the prevalence of cyberbullying and how that can lead to depression. The pervasiveness of mental health illnesses, therefore, is a concern that has been engraved into our minds starting at a very young age. It seems like an easy problem to solve — identify the problem, seek medical attention, and then issue solved, right? Yet it is difficult enough for individuals to admit that they do have a mental health challenge, much less reach out for professional help. What happens to those patients when they do reach out for help? How accessible and convenient is psychiatric help?

By 2028, it is expected that there will be 41% fewer psychiatrists than needed in California. The number of admitted patients for psychiatric attention, on the contrary, is increasing at an alarming rate, meaning only one thing — there are nowhere near sufficient psychiatrists for the number of mentally ill patients in California. From 2007 to 2012, mental health hospitalizations of Californians under the age of 21 increased by 38%. California is currently dealing with a severe psychiatric decline that is in dire need of reform at both the political and educational level. As the number of psychiatrists continues to decline, more and more patients are receiving less effective treatment and poorer patients are receiving the shortest end of the stick.

Mental health professionals deal with a wide range of issues from anxiety to depression to schizophrenia. These professionals not only help with therapy but also aid in diagnosing patients and prescribing medications. This job, centered around so many responsibilities in preserving the mental health of an individual, is not an easy task, but is vital in assessing the needs that persist with such a large percentage of California’s population. One of the largest reasons leading to a large decline in psychiatrists in California has to do with such a high burnout rate after years in the workforce. Such a high-stress work environment centering around isolation, engaging on a deep emotional level with patients, and diagnosing such a large number of patients creates an environment that is both stressful and difficult. Studies have reported that 86% of psychiatrists suffer from high exhaustion, an alarmingly high number compared to previous years. In addition to such a high burnout rate, in all of the United States, 45% of psychiatrists are older than 60; thus, the workforce continues to decline as many older psychiatrists started to retire within the last decade. With such a low rate in psychiatrists, it is incredibly difficult for a limited number of doctors to see such a large number of patients seeking help for serious issues. In some clinics, psychiatrists can only spend up to 15 minutes to diagnose a patient with a chronic mental health disorder, limiting the effectiveness of overall care. Part of the solution, therefore, lies in transforming the teaching programs to create a more efficient workforce to meet the needs of such a large patient pool.

Dr. Shawn Hersevoort, the Associate Director at the UC Davis Train New Trainers Primary Care Psychiatry Fellowship, is one psychiatrist who is primarily focused on working to integrate psychologists and psychiatrists together in order to reach more patients both effectively and efficiently, also known as integrated mental health care. Through efficient training of primary care providers and social workers, Dr. Hersevoort believes that “one psychiatrist and one social worker can take on much of the care for 10,000 or more patients, comparing this to the maybe 500 or so that could be managed in a classic psychiatric setting.” Significant training reforms like this will end up going a long way to positively impact a community in dire need and make use of the resources California already has. With such a thin spread of health care professionals, several places both in and outside of California are struggling to even find any form of mental health help. One study concluded that approximately 55% of counties in the United States do not have any psychiatrists. And within California, cities like Fresno have lost all of the adult psychiatrists working for the County Department of Behavioral Health within the last year according to Dr. Hersevoort. Some communities, therefore, struggling to meet any form of mental health program.

Most patients also turn to publicly-funded health care and rely on Medicaid as a way to receive both psychical and mental health treatment. In California, more than 13 million people rely on Medicaid, and the majority of these recipients live in the Central Valley. From the few psychiatrists that California has, a majority of them do not accept Medicaid, leaving several patients with inadequate health care professionals diagnosing their chronic mental health conditions, or with no treatment whatsoever. Therefore, poorer communities, like that of the Central Valley in California, are left with even more inferior mental health treatment due to their inability to afford psychiatric help outside of publicly-funded health care. Poorer patients are typically those that are sicker both physically and mentally. Dr. Hersevoort points out: “As the health systems continue to strain over the years, the patients get sicker and sicker, and the lack of proper mental health training for primary care doctors, and the inadequate funding for, and number of, mental health professionals mean that every one of us practicing gets sicker, harder patients, for poor pay.” Fewer psychiatrists, therefore, are willing to take less pay for the tedious and difficult they are doing already. Therefore, more and more psychiatrists end up resorting to cash only payments, excluding an enormous percentage of the Californian population relying on Medicaid.

California has a serious crisis on their hands and the situation is only going to get worse. Professionals like Dr. Hersevoort are taking a step in the right direction to fix the problem through integrated mental health care programs, but more doctors are going to have to follow his path to see tangible results. More needs to be done at a larger institutional level for Medicare patients to get the same effective treatment that patients get from private psychiatrists. Mental health illnesses are not going away anytime soon, and mental health reform needs to be at the forefront of domestic politics in order for all patients to get the treatment they deserve.