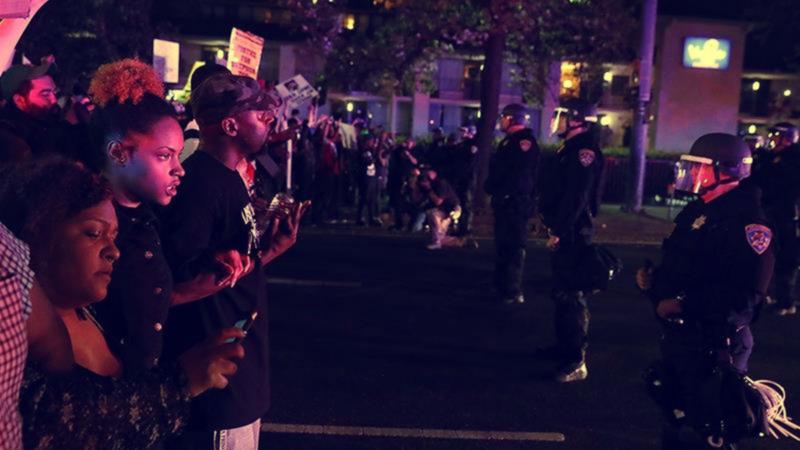 On March 18th, Stephon Clark was shot and killed by police in his grandmother’s home. Two officers responding to a vandalism report chased Clark down into grandmother’s backyard and  shot him twenty times, reportedly after mistaking his cell phone for a pistol. Several tenuous claims and accusations surround the incident, mostly regarding the extent of the officers’ misconduct and the possibility of de-escalating the situation. The one fact known for certain, however, is that this incident is not an anomaly.

The names Trayvon Martin, Walter Scott, Tamir Rice, Alton Sterling, Laquan Mcdonald, and those of many other victims still ring in the ears of millions of Americans who have become tragically familiar with police misconduct in just the past few years alone. Adding to the grief of these incidents is the fact that many of the officers involved received underwhelming punishments, or were even acquitted, by an internal misconduct review system that is anything but transparent. And in no other state is this system more secretive and inaccessible than California.

American police are generally granted certain protections under law due to their status as public employees; almost half of all states keep police personnel records confidential, for example. California however is one of only three states to afford legal protections specifically to law enforcement officers, a policy that began with Gov. Jerry Brown’s decision to censor officer records from public viewing nearly 40 years ago. Since then, the state Supreme Court has consistently advanced police secrecy to such an extent that even in fatal police misconduct cases, such as that involving Stephon Clark, the public is almost entirely left in the dark regarding the most basic facts and proceedings. Updates on cases regarding officer use of inappropriate force, racial bias, sexual assault, lying on duty, and fatal shootings are all hidden from the California public, only to surface during official review proceedings.

Senator Skinner (D-Berkeley) is seeking to change California’s tradition of law enforcement secrecy through the revival of a 2016 bill that requires the disclosure of serious officer misconduct investigations. This initiative seeks to overcome the politically influential law enforcement lobby that derailed its parent bill in committee with a broad support base in Congress and among the public. Democrats in the legislature are expected to vote for the bill, and several notable civil rights groups and labor organizations have already espoused the measure. Lizzie Buchen of the ACLU of California remarked to the Los Angeles Times that “when an officer kills someone… the public has no way of actually knowing how it was handled by that agency.” Statewide black advocacy groups and relatives of police violence victims have also promoted Skinner’s goal. Melina Abdullah, a Cal State Los Angeles professor and Black Lives Matter advocate, dubbed the bill “the first step in ending the murders of our people.”

This renewed legislative push for more law enforcement transparency represents a crucial step to promoting police-citizen relations in communities statewide, especially in localities heavily impacted by police violence. In communities scarred by recent memories of fatal police misconduct, citizens should feel that officers serving their cities are accountable, trustworthy, and reliable. Such sentiments are difficult to cultivate when police misconduct is handled in secret. Individual officer effectiveness and safety, along with law enforcement integrity as a whole, is compromised when officers guilty of serious misconduct are alienated from their localities and disciplined scarcely, if at all, according to mysterious and inaccessible proceedings. Such unsatisfactory intradisciplinary procedures leave citizens resentful of and disillusioned with police officers in general due to the egregious actions of a select few, a phenomena captured in Sen. Leno’s (D-San Francisco) observation that police-citizen “trust has come into question” statewide.

Demolishing police secrecy would ensure citizen safety and improved police-citizen relations; however, law enforcement lobbies defeated the 2016 bill which intended to do just this by appealing to officer safety and effectiveness. Martina White, a Republican representative of Pennsylvania and law enforcement advocate, encapsulates this concern by imagining “a gang member that’s been shot [by police]” and how “other gang members can then go out and find that officer and his family.” Over two dozen law enforcement lobbies successfully proposed similar arguments in the California state legislature years ago, and will likely attempt to do the same in response to Skinner’s bill. Officer safety and operationality is a common concern for Skinner’s supporters and law enforcement interests, however, the latter’s advocacy of police secrecy is unintentionally detrimental to this shared goal.

Retributive action is a natural worry for police officers and many fear that disclosing the identities of fellow officers guilty of misconduct could invite physical danger to them and their families. This scenario is best avoided through building trust and respect between officers and citizens, particularly in communities with a historically tense relationship with law enforcement. Such an ideal portrait of mutual cooperation and peace is nearly impossible to foster as long as law enforcement maintains its political stance of complete disciplinary opaqueness. Officers are in much more danger when they operate in communities where they feel distrusted and antagonized. Moreover, localized hostility to law enforcement decreases citizen safety due to the increased stress and tensions that plague officers on duty in such communities. Skinner’s proposal to demystify police misconduct proceedings is not only in the interest of citizen faith in law enforcement, but also benefits officer safety and effectiveness through increasing their intimacy with and accountability to the communities they serve.

Another claim advanced by law enforcement lobbies and other opponents of police transparency is that internal review boards are a superior method of prosecuting officer misconduct and that public inclusion in the process is unproductive. Maintaining the sovereignty and mystique of internal review boards is a longstanding political activity of the state’s various law enforcement groups, yet their efficacy is ultimately irrelevant to public discontent with lack of police transparency. In fact, their persistent existence is symbolic of the misguided and irresponsible concealment of statewide police misconduct cases. Review boards are not dysfunctional in themselves, but are problematic in their representation of California’s bleak history of law enforcement maltreatment of and secrecy regarding often sensational misconduct cases, such as those that originally ignited reform efforts on this topic in 2016.

Despite the tangible threat that current police misconduct procedures pose to police-citizen trust and safety, the success of the coming reform legislation is anything but assured. Loyal Democrats in both houses are expected to rally around Skinner, but harsh opposition from state Republicans is also projected. The politically powerful slew of law enforcement advocacy lobbies and officer labor organizations will likely oppose the bill vehemently, and attempt, as they did two years earlier, to quickly shelve it in committee before its controversial subject matter incites floor discussion. Political forces supporting the bill against police pressure include the California ACLU, Black Lives Matter, the California Faculty Association, and many other labor and civil rights organizations.

Loosening California law enforcement’s effective monopoly on the officer misconduct process is a valuable step toward solidifying peaceful relations between officers and their communities. Currently, police misconduct is treated mostly in secret, leading to a lack of civilian trust in law enforcement, especially in localities directly affected by serious incidents. A breakdown of citizen relations with police forces not only endangers individual officers, but also increases the likelihood that grave misconduct will occur again due to officers feeling mentally devalued and physically insecure while on duty. Law enforcement secrecy is contradictory to a beneficial relationship between police officers and their communities, and without its statewide elimination, Californians can only await more of the same tragically familiar misconduct headlines.