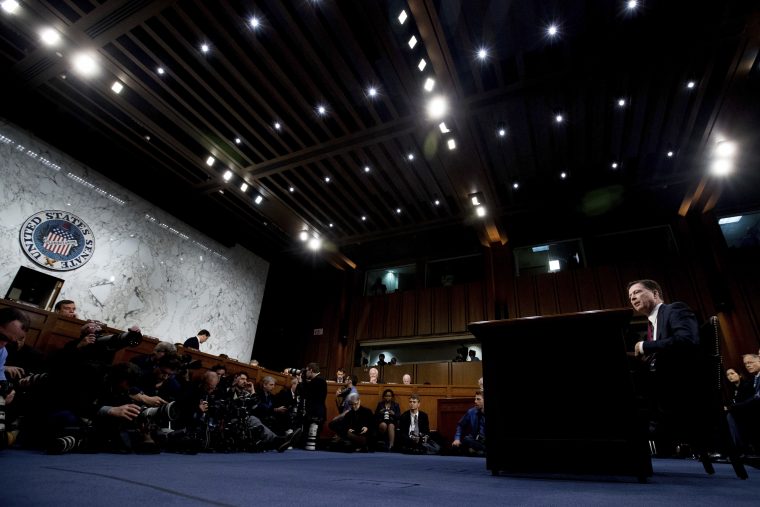 To Spy or Not to Spy: Questions Raised by the Foreign Intelligence Surveillance Act

In June of 2008, then-presidential candidate Barack Obama stated that “Given the grave threats that we face, our national security agencies must have the capability to gather intelligence and track down terrorists before they strike while respecting the rule of law and the privacy and civil liberties of the American people.” However, he went on to criticize the Foreign Intelligence Surveillance Act (FISA) and President Bush for his abuse of power when it came to monitoring “innocent Americans.” Just a decade later, Paul Ryan accused President Obama of the same, stating that “there is a very legitimate issue here as to whether or not American civil liberties were violated in the FISA process… There may have been malfeasance by people at the FBI” under the authority of President Obama.

This similar sentiment on the part of leaders of both parties indicates that  while through the passage of FISA, “Congress sought to provide judicial and congressional oversight of foreign intelligence surveillance activities while maintaining the secrecy necessary to effectively monitor national security threats,” with the release of the GOP and Democratic memos on FBI surveillance specifically approved by the FISA Court, serious political discussion is being raised as to whether the FISA Act is doing the job it was set out to do or whether it too, has overstepped its constitutional authority with the surveillance on the Trump campaign.

In order to better contextualize the current controversy surrounding the FISA and the FISA Court, it is first important to consider its historical rise and motivations behind its establishment. FISA was originally enacted in 1978 in response to former President Nixon’s “usage of federal resources to spy on political and activist group” without authorization or warrant. In a vote of 95-1 and 246-128 in the House, while FISA was more strongly supported by Democrats as can be seen in Figure 1, it still managed to receive a considerable amount of bipartisan support. Signed by President Carter, it was the goal of the Foreign Intelligence Surveillance Act to ensure that no presidential or governmental official misused their authority to direct federal resources towards the abridgment of an individual’s fourth amendment constitutional right, abuses that had been brought to light by the Church Committee (Senate Select Committee to Study Governmental Operations with Respect to Intelligence Activities) in the 1970s, a committee tasked with investigating CIA, FBI, NSA, and IRS power abuses, whether presidentially directed or not.

While FISA has been amended in subsequent years, first in 2001 with the Patriot Act, in 2006 with the Terrorist Surveillance Act, in 2007 with the Protect America Act, and again in with the 2008 FISA Amendments Act and 2015 USA Freedom Act, its mission and goal have largely remained unchanged.

With regard to the organization and structure of FISA’s judicial authority, the Foreign Intelligence Surveillance Court (FISC) was additionally established by the original 1978 act, a court that ultimately is able to covertly sign warrants, thus maintaining both the delicacy and secrecy of surveillance as well as balancing those interests with the interests of protecting constitutional freedom and preventing governmental overstep and abuse of power.

This court, comprised of eleven federal justices, meets in secret in a room “with no windows,” a spatial reality that echoes the court’s own concealed proceedings. However, despite its secrecy, it has been established that following 9/11 and the passage of the Patriot Act, FISC has considerably changed, particularly with respect to one very key issue: in prior years, “the government had to get a warrant based on suspicions about a specific individual” — “now the FISA court doesn’t get involved in the specifics of who’s being surveilled.” However, despite worries presented by some as to the legitimacy of the court in terms of whether or not it just simply and blindly approves surveillance requests, Reggie Walton, FISC’s senior judge, has stated that “The perception that the court is a rubber stamp is absolutely false. There is a rigorous review process of applications submitted by the executive branch, spearheaded initially by five judicial branch lawyers who are national security experts, and then by the judges, to ensure that the court’s authorizations comport with what the applicable statutes authorize.”

In the past, FISA had been utilized as a tool to attain authorized warrants for surveillance on non US-citizens. With its Patriot Act amendments following 9/11, its scope has been amended to include those under suspicion of terrorist acts, both within a terrorist or suspected terrorist organization as well as lone wolf terrorists. The Foreign Intelligence Surveillance Court, in particular, is a testament to the changing times in which we live, a post-9/11 world that requires government secrecy in order to achieve and maintain the United States’ national security.

However, despite this national security justification, questions have been raised, particularly recently with regard to FISA’s actions, on whether this act and its respective court have misused their power either intentionally or unintentionally and have thereby hindered individual liberty all in the name of national security.

One particular debate that has raised this issue to prominence surfaced with the discovery that the Trump campaign had been under surveillance by the FBI with the knowledge of former President Barack Obama. Chairman of the House Intelligence Committee Devin Nunes stated that referring to the released GOP memorandum on this issue, “I recently confirmed that on numerous occasions the intelligence community incidentally collected information about US citizens involved in the Trump transition,” Nunes said. Regardless of whether or not this surveillance was intentional, as President Trump and other GOP lawmakers have suggested, this discovery has renewed qualms about FISA and the delicate balance it attempts to preserve — between national security and individual liberty.

In response to Nunes’ GOP memorandum highlighting wrong-doing on the part of the FBI and the Obama administration, Democrats serving on the House Intelligence Committee issued their own memorandum, detailing that the FBI, DOJ, and FISC were not guilty or party to any act of wrongdoing.

While FISA, for now, is serving as just another battleground highlighting the increasing level of partisanship in Washington, the Trump administration, and GOP lawmakers, in the interests of national security, acknowledged the instrumental role FISA has played in the past and has thus renewed FISA.