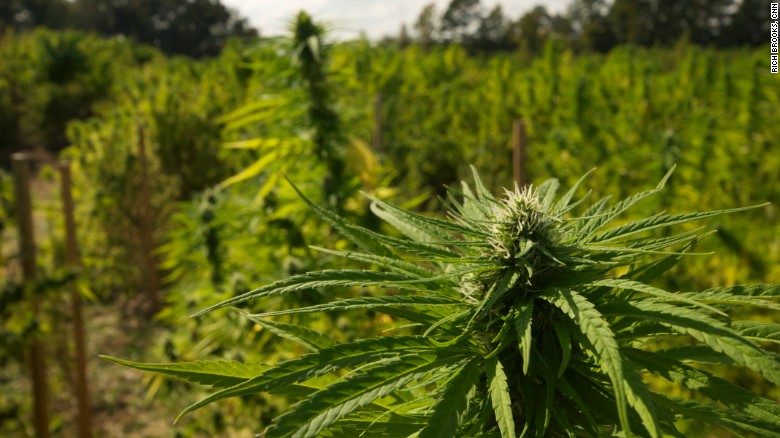 The date April 20th seems to be a holiday at the University of California, Berkeley and various other college campuses throughout the state. Walking through campus on this unofficial holiday will lead to encounters with dozens of food trucks and tables occupied by eager students trying to sell their snacks for those suffering from “munchies,” carefree students lounging on Memorial Glade, and a certain smell that occasionally hits you like a wall. This is because April 20th, commonly referred to as 4/20, is a day of celebration for cannabis culture. This year, the first 4/20 where recreational marijuana will be legal within the state of California, should present an even larger celebration of 4/20 at the Berkeley, a campus famous — or perhaps infamous — for its cannabis culture.

Supporters of the use of recreational marijuana often site the various prominent benefits of legalizing marijuana that will aid California society as a whole, such as the increase in tax revenue and the decriminalization that will both empty overstuffed prisons and destigmatize marijuana. Ideally, the consequences of incarceration due to marijuana charges will end in both black and white communities, thus allowing many individuals economic opportunities they did not have before. Yet, as the state celebrates this new legislative success, it is crucial to understand the socioeconomic implications of legalization — specifically within the black community.

The black community is drastically overrepresented in the jails in regards to marijuana-only crimes: as of 2014, black individuals made up 6% of California’s population, yet they made up 24% of the individuals serving a jail sentence for marijuana-only crimes. This occurs in spite of national surveys that demonstrate that black, white, and Latinx individuals consume and sell weed at similar rates. These staggering numbers demonstrate the prominence of the consequences of marijuana within black communities and the heavy price the black community has paid in the fight to legalize marijuana. Even those that avoid imprisonment for drug-related crimes still have the arrest on their record for life and thus, suffer from limited opportunities in housing, employment, and education.

With the celebrations that have come in the wake of legalization, especially on college campuses throughout the state, it is important to keep in mind the individuals that have served time because of the criminal status of weed. The black community is drastically overrepresented in those that suffered from the criminalization of marijuana, yet it is struggling to become a community that will benefit from the legality of marijuana.

The California laws in place that will guide the state into its new status as a marijuana-friendly state already drastically benefit individuals with money and connections, but this often does not include black individuals. Jordan Wellington, director of compliance for the marijuana law firm Vicente Sederberg, LLC, and co-founder of Simplifya, LLC, a software tool used to manage marijuana licenses, has been working directly with the racial discrepancies that come with unequal socioeconomic statuses in connection with the growing marijuana industry. The application for a retail license can cost up to $1 million according to Wellington; while this number is among the highest estimate the costs presented by the state for a permit are relatively high across the board. This implies immediate inequality in who can profit from the legalization of marijuana because whites hold a net worth 13 times that of blacks; thus, these economic barriers disproportionately affect the black community. While this statistic represents an average comparison between black and white communities, the fact that this is so high very much proves there is a gaping disparity. The difference of socioeconomic statuses between black and white individuals also impacts their ability to invest money into a new business venture, another capital-intensive process.

Lawfully working within the marijuana industry requires suitability requirements such as background checks and felony exclusions — this also affects the black community more severely than whites, as a black individual is more likely to have a drug arrest and charge on their record than a white individual. This is an issue in low-income, black, and Latinx communities as those individuals have been arrested at disproportionate rates for drug offenses. While “a prior drug felony cannot be the sole basis for denying a marijuana license” in California, an arrest still provides challenges in acquiring a legitimate marijuana career such as numbers of arrests or simply the stigma of a prior drug felony.

Due to the infancy status that legal marijuana holds in California society, other states that have previously decriminalized marijuana hold valuable insight into what may happen in California. The Drug Policy Alliance demonstrates that within states that have legalized marijuana, people of color still consistently bear a disproportionate amount of drug-related arrests. In Washington D.C., the post-legalization arrest rate for black people for marijuana-only crimes is double the arrest rate of white people. In Colorado, between 2012 and 2014, marijuana arrests for white people decreased by 51%, but only decreased by 33% for Latinx people and 25% for black people. Additionally, minorities hold an extremely low percentage of the permits required to begin a legal cannabis business. Upon analyzing what is happening in other states post-legalization, California faces a wake-up call to act to fix inequalities within the cannabis market before it becomes another aspect of the American narrative of racial inequalities.

California and its cities do have some very proactive programs to combat the racism that permeates the marijuana business. Both California and Massachusetts invest a share of the tax revenue raised through cannabis sales into low-income communities that have been the most impacted by unequal law enforcement practices. Furthermore, cities such as Oakland and Sacramento have introduced equity programs that work to help minorities and women enter the marijuana market. Sacramento’s equity program will provide minorities, women, and veterans consulting services, fee reductions, and an expungement of criminal records.

The legalization of marijuana provides a very small window of time for individuals previously incarcerated for this drug to benefit from the industry that is growing, yet this requires activism and legislative initiatives from both the white and black communities. Awareness needs to be raised as to the inequalities present in the marijuana industry. The promotion of equity programs throughout the state is crucial to bridging the gap of inequality as well as continuing legislation that invests tax revenue from marijuana back into low-income, minority communities. California has been presented a unique opportunity, as other states and municipalities have already proven what does and does not work to equitably distribute the benefits of marijuana legalization. If action is not taken now to promote black individuals to become a part of the legal marijuana industry, then the continuing trends of racial inequality will only magnify.