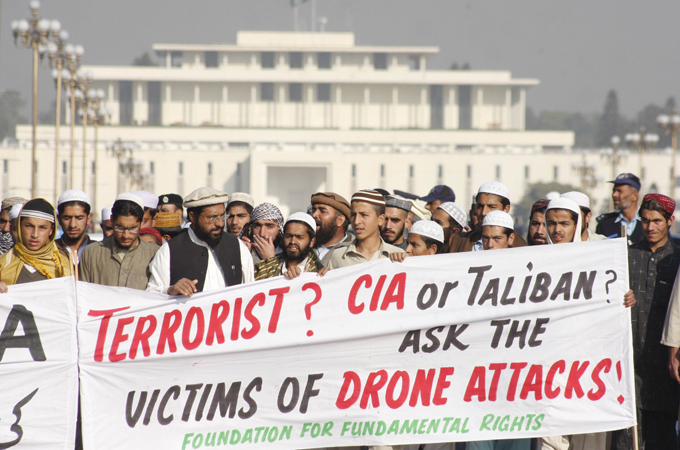 The US war in Afghanistan is now entering its sixteenth year. Countless lives and tax dollars have been spent fighting it. Yet, despite administrative changes at the federal level and fresh vows to bring an end to the war, the US is still embroiled in a painfully long struggle with no exit strategy in sight. The war in Afghanistan will go down in history as one of America’s most wasteful and ill-planned pursuits, which created more damage than it fixed. This is, in part, because of the American public, which has failed to hold their government accountable for a war that has been destructive both at home and abroad. A solution can be found when we examine the two central problems of the war: current US military policy and the passivity of the American public.

Current US strategy to combat insurgents in Afghanistan has been widely unsuccessful. Just recently, there have been a number of major incidents organized by the Taliban including the hijacking of a Kabul’s Intercontinental Hotel which killed 22 people, and the detonation of an explosives-laden ambulance in a crowded Kabul city street, killing over a hundred. This comes at a time when officials from the US and Afghanistan admitted to losing territory to the Taliban last year. And yet, the US is not willing to open talks with the Taliban. Instead, it is ramping up its soldiers in Afghanistan, still committed to finding a military solution.

The first reason for the US’s lack of success is its current use of drones. The United States has been quick to blame other countries in the region for harboring terrorists in their territory and providing a breeding ground for Islamist insurgent groups. But what the US fails to notice, or chooses to ignore, is that its actions have done more to harm progress in the war against terror than those of any other country. US actions, like the usage of drone strikes which kill innocent civilians, has created what Lawrence Wright, an expert on Al-Qaeda, refers to as “an appetite for revenge.” This results in the very radicalism that the US is trying to fight in the first place.

Mehdi Hasan, a political commentator on Al-Jazeera, defines this phenomenon as ‘blowback’: “A US covert operation, in this case, [a] drone strike abroad, provoking attacks on the US at home.”

Hasan was referring to a 2010 attempted terrorist attack in Times Square by a Pakistani born US citizen, Faisal Shahzad. His car bomb failed to go off, and Shahzad was intercepted and arrested. During his trial, he was asked by the judge about what motivated him to carry out this horrific act.

“Well the drone hits in Afghanistan and Iraq,” Shahzad replied. “They don’t see children. They don’t see anybody. They kill women. Children. They kill everybody. They’re killing all Muslims.” He added, “I am part of the answer to US terrorizing the Muslim nations. I’m avenging the attacks. Because the Americans only care about their people.”

Targeted attacks like drone strikes are meant to be precise instruments of war used to take out enemy units. But the US has misused them to the point that not only are countries complaining about a loss of sovereignty, but large scores of civilians have been killed as a result of missiles fired from them. Even one innocent civilian life lost is too many, which the US has shown a total disregard for. In his 2010 White House Correspondents’ Dinner, Obama jokingly threatened to kill the Jonas Brothers using predator drones if they ever wish to date his daughters. “You will never see them coming,” Obama said. The joke was tasteless, and absolutely indifferent to ground realities in Afghanistan where countless lives have been lost from drones. A recent report by the Intercept revealed, using government sources, that 90 percent of people killed in drone strikes in a five month period between January 2012 and February 2013 were not the targets. More than 200 people were killed in the entire 13 month period, of which only 35 were intended targets.

“The terrorists we are after target civilians, and the death toll from their acts of terrorism against Muslims dwarfs any estimate of civilian casualties from drone strikes,” Obama said in 2013.

Firstly, the claim that the number of civilian casualties pale in comparison to the terrorists killed in drone strikes is just not true, as evidenced from the report. And secondly, due to blowback, nobody knows how many terrorists are taking up arms for revenge because of these strikes.

All that withstanding, the US is failing to realize the consequences of its own actions. President Drumpf has been ordering drone strikes at four times the rate of his predecessors. It is unclear how many terrorists are being killed as a result of these strikes. But if one thing is clear, it is that ISIS will be actively using the increased “appetite for revenge”, created as a result of these strikes, as an effective recruiting tool for their cause.

A section on Blowback in a 2014 report titled ‘Recommendations and Report of the Task Force on US Drone Policy’ by General John Abizaid said: “Civilian casualties, even if relatively few, can anger whole communities, increase anti-US sentiment and become a potent recruiting tool for terrorist organizations.” He added that even strikes that kill only terrorist operatives can cause resentment. Groups like ISIS channel these negative feelings directed towards the US into an effective recruiting tool focused on an economically desperate population.

Despite all the information available to the American government involving the adverse repercussions of its Afghan policy, why is it still adamant on finding a military solution? It is unlikely that the government is unaware of floating evidence, which leads one to believe that the US is persistent in its military strategy because it finds itself in a diplomatic and strategic impasse. To find a long-term solution, the US will have to accept the destabilizing influence it has had in Afghanistan and admit that its policies have been largely counter-productive in the war against terror.

The second reason for the US’s failure in Afghanistan is a disinterested and detached public which is failing to hold its government accountable. It will be useful to look at the war in Vietnam to understand the role of citizens in US efforts abroad. Just like the Afghanistan war, the war in Vietnam was a drawn-out war in a foreign nation fifty years ago, with no end in sight and no clear strategy to move forwards. During the Vietnam War, American citizens were at their government’s throat, demanding to know the real motivations behind the war and protesting its continuation. Unfortunately, the war in Afghanistan has been met by an American public unwilling to engage with their government. Public perception about the war, at home in the US has to be changed to the change government’s approach and bring the war to an end.

Part of the reason the public is so disengaged with the war is that drones itself have made the war impersonal. Consumers of mass media regularly hear about certain remote regions in Afghanistan hit by drone strikes taking out a certain number of terrorists. But two aspects of the American war coverage are problematic. Firstly, the government is not being honest with the American public in reporting the civilian damage caused by these strikes. Secondly, because the public does not hear about innocent casualties caused by the action of their government, they are willing to be more laid back about decisions leading up to the strikes. This works both ways of course. The government, as compared to wars in the past, demands less of its citizens on the account of there being no inscription process. People joining the military do so voluntarily so obviously, so overall the public has lesser willingness to complain about their government.

The Vietnam War is a perfect example of how a citizenry should act at times of war. When involvement in the region lengthened beyond public expectations and casualties reached extremely high proportions, efforts by the media led to the release of the Pentagon Papers which strengthened opposition to the war. A number of congressmen considered war an essential element in their understanding of the war and how to vote on war-related matters. The Papers caused both Congress to believe they can force President Nixon to get out of Vietnam and cause public resentment about the war.

Charles Nesson, Harvard Law School professor, believes that publication “lent credibility to and finally crystallized the growing consensus that the Vietnam War was wrong and legitimized the radical critique of the war.”

The press had a huge role to play in changing war opinion by presenting the public with the truth. The Pentagon Papers case may best be summarized by Justice Hugo Black’s opinion: “Only a free and unrestrained press can effectively expose deception in government. And paramount among the responsibilities of a free press is the duty to prevent any part of the Government from deceiving the people and sending them off to distant lands to die of foreign fevers and foreign shot and shell.”

The world has gotten increasingly interconnected after the war in Vietnam. Information travels far and wide with little restrictions. Photos of mothers holding the bodies of their dead children or children mourning the death of their parents or civilian buildings including hospitals reduced to rubble have now been seen by almost everyone. Moving forward, it is increasingly important for the American government to not turn their backs to mass opinions. The public, of course, will have a substantial role to play in changing the approach of their country in the region

The war cannot drag on any longer. It is beyond time for the government to dispose of their ill-guided desire to wipe out every single terrorist using military tactics in the region and move towards a diplomatic solution that respects the sovereignty of Afghan citizens; which has been made a mockery of so far.

The best way of doing that is to sit down with all relevant parties and negotiate a settlement. It seems counter-intuitive and self-defeating but with the current state of affairs, the peace process in Afghanistan will take a hit before it moves forward. Future of Afghanistan lies in the hands of its people and they should be allowed to build their society from bottom up.