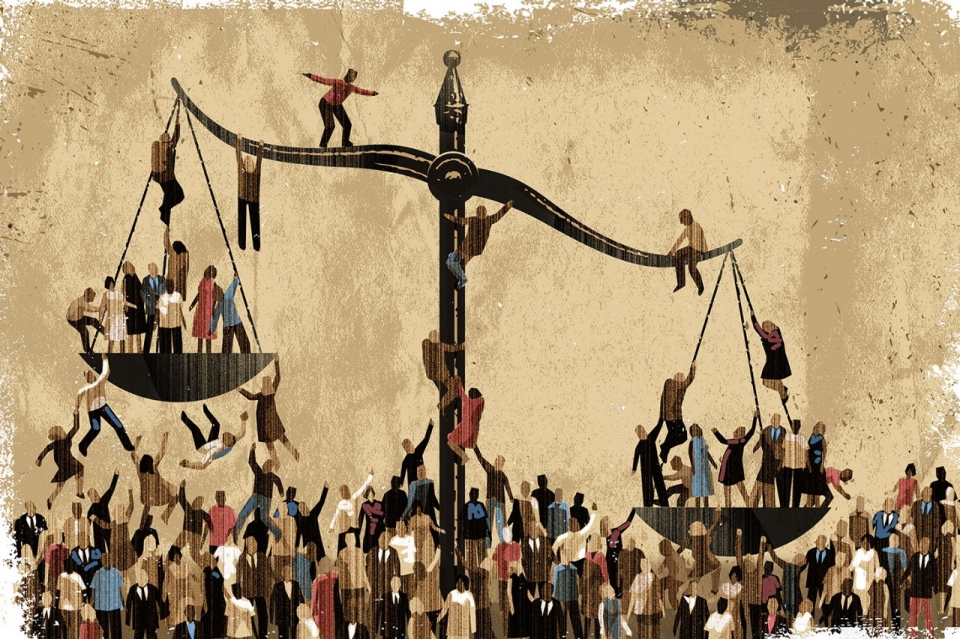 The “Golden Door” of American Opportunity: Why Are We Shutting It?

How terminating the American Visa Lottery would detriment both the US economy and deserving immigrants.

George Washington wrote on December 2nd, 1783 that “The bosom of America is open to receive not only the Opulent and respectable Stranger, but the oppressed and persecuted of all Nations And Religions; whom we shall welcome to a participation of all our rights and privileges, if by decency and propriety of conduct they appear to merit the enjoyment.” The United States was founded on these ideas, that the marginalized and hounded should come forth to us without fear because we will embrace them all easily on the simple basis that they are human.

The Visa Lottery is an aspect of the US immigration system that honors the aforementioned American ideals. Citizens of countries where less than 50,000 people immigrated to the US in the previous five years are eligible for the lottery. The program awards a maximum of 50,000 visas a year out of the roughly one million total visas issued by the US annually. Those randomly selected are subject to the same background checks and general vetting processes that all potential immigrants experience. They simply avoided the need for family connections or an impressive career background to be considered.

Sayfullo Saipov is an Uzbek who received his admission to the US through the visa lottery and is also the suspect in the tragic New York City terrorist attack that occurred on October 31st. Saipov allegedly “plowed a pickup truck down a crowded bike path along the Hudson River in Manhattan.” Eight people perished and 11 more were injured. In response to the violence, President Trump declared his intentions to terminate the visa lottery. He stated that, “The program grants visas not on the basis of merit but simply because applicants are randomly selected in an annual lottery. And the people put in that lottery are not that country’s finest.”

The potential for deadly terrorist attacks in the US is gravely concerning, and the loss of life that occurred is indisputably heartbreaking. However, amidst such sadness and fear, it would be a shame to place the blame for what happened unfairly on a policy that did not directly cause it and actually does the US a lot of good. The President condemns the visa lottery for the entrance of a terrorist into the US, when in fact this specific program cannot be faulted as less airtight than other immigration systems. In America, “Most convicted terrorists are U.S. citizens.” Furthermore, only 20 out of 3.5 million immigrants in the past four decades have been convicted of attempted or successful terrorism. Alex Nowrasteh, an immigration expert at the libertarian Cato Institute, details how the “annual chance of being murdered by somebody other than a foreign-born terrorist was 252.9 times greater than the chance of dying in a terrorist attack committed by a foreign-born terrorist.” It certainly seems that targeting immigration policy to solve the issue of terrorism is an unproductive angle.

Furthermore, Trump’s allegations that recipients of the visa lottery are not “[their home] country’s finest” is both insulting and irrelevant. A deserving and hardworking person is not defined by their specific career or financial success. The US has both room and necessity for dedicated workers in all fields. His comment also demeans blue-collar workers, who are integral to the foundations of our economy and general functionality of our country.

Anu Joshi, the director of immigration policy at the New York Immigration Coalition, explains that, ”Sure, diversity applicants throw their names into this pool, and if they get selected, that’s the lottery part[…] After that, everything is the same as anyone else who is trying to emigrate to the United States […] They face all of the same barriers in terms of national security threats.” Aljazeera asserts that “immigration rights groups and legal experts say… punishing millions for the actions of one individual is ‘insane’.”

The visa lottery is not a charity for the poor outside of the US ― getting rid of it would detriment us. A common opinion in American immigration policy is that only highly skilled workers should be accepted because those of “lower” skill will drag down the economy. The Bureau of Labor Statistics reported in 2016 that foreign-born people had a three percent higher labor force participation rate than native-born at 65.2 percent, and about five percent more likely to be employed in blue-collar jobs while native borns were almost 10 percent more likely to hold white-collar jobs. That sentiment was certainly expressed in the aforementioned Trump quote. However, low-skilled immigrants are actually very important for the US economy and job market. Not only do they take jobs that natives do not want, but they improve the country by supporting local economies and independent businesses in their area. After the Great Recession, the influx of immigrants helped to propel the US economy in a positive direction. On average, when an influx of immigrant workers equivalent to one percentage point of the workforce in a given facility occurs, it equates to a three percent or $5100 increase in the average income of all workers in the workforce (in 2005 dollars). Also, greater quantities of non-English speakers occupying bottom-tier jobs actually motivate Americans to work harder and perform better in school. According to Jennifer Hunt, an economics professor at Rutgers, an increase in the quantity of less-skilled immigrants in the population by one percentage point increases the American high school completion rate by 0.8 percentage points, on average, and more so for minorities.

By and large, immigrants who come to the US via the Visa Lottery do not conform to the unimpressive stereotypes critiques of the program would imagine they fall into. Immigrants from Africa have higher levels of education than the overall immigrant pool and the US population. Diversity visa recipients are twice as employed in managerial and professional positions, and have less than half the employment rate of others with green cards. Such data suggests that those who have the opportunity to come to the US work very hard. Even if they were predominantly low skilled workers, they would help the US economy in a different way, the fact that such a pool of people is actually highly skilled opposes common (right-leaning) assumption that the visa lottery is a pity route for the unskilled.

The statue of liberty is inscribed with a portion of a sonnet written by Emma Lazarus in 1883. The poem concludes as follows: “Give me your tired, your poor, /Your huddled masses yearning to breathe free, /The wretched refuse of your teeming shore. /Send these, the homeless, tempest-tost to me, /I lift my lamp beside the golden door!” In light of the positive effects of immigrants on the American economy, the fact that most domestic terrorism is caused by US natives and that “winners” of the visa lottery are subject to the same security processes as any other immigrants, getting rid of the lottery feels deeply illogical. How can America truly be the home of anyone who wants to work hard in a fair bid for a better future if the only program specifically targeted at promoting that is terminated? It would seem that our “golden door” of equal opportunity is increasingly wedged shut to those who come from little and have nothing to offer but the will to work hard and the hope that such an honest thing will make them successful. If the United States no longer accepts the “oppressed and persecuted” or the “wretched refuse,” quite literally where shall they go?