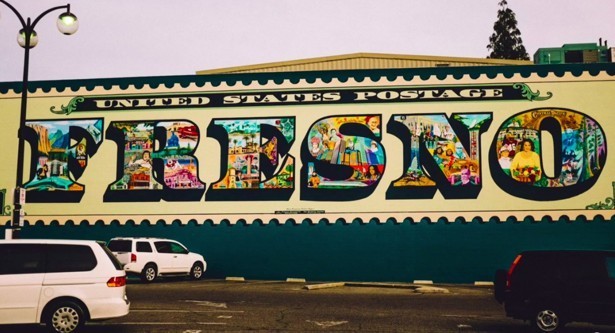 The large open space scattered with couches and tapestries, filled with lush green plants hanging from the ceilings, would almost make you forget that you were on Fulton Street in downtown Fresno. You walk throughout this new store and admire the vintage clothing, the handmade crafts, and the organic coffee and think to yourself, “Hey, this is great! Downtown finally has some up-to-date, hip stores.” This fairly new store, Root, is one of the new additions to the Fulton St., opened in hopes of reviving downtown Fresno and attracting a larger consumer base as well as sparking economic growth. Although stores like these are exciting additions and without a doubt are starting to attract more people to the seemingly abandoned downtown, there is an underlying issue that is being overlooked: gentrification.

For the past 50 years, Fulton had been a walking street as a means to spark economic development, but in many ways, this did the opposite of what city council wanted. Fresno knew that having a vigorous downtown could lead to a more developed and successful city overall, and so they chose to convert it into a driving street. Starting the project in March 2016, Fresno residents celebrated the opening of this street in October 2017 and a new life was given to downtown Fresno. People walked down the streets, listening to live music from the street corners and eating delicious food served from new pop-up restaurants. All of a sudden, it seemed as though there was a possibility for the downtown to transform into a place people would be proud to call their downtown.

Soon enough, a variety of new stores began to pop up around Fulton Street; new stores that were beginning to give downtown Fresno a brand new look. Rio Açai Bowls, Brew Fix Coffee Shop, Raizana, and Sequoia Brewing Company were all new locations attracting a younger and whiter crowd. There is no doubt that these debut stores are able to provide a great cultural addition to downtown Fresno and are in many ways contributing to an overall economic development that Fresno had been missing. Although all really exciting places to go to, they are generally unaffordable to the majority of the downtown population given that it is one of the poorest communities in Fresno. How can these poorer Fresnans afford these shops?

Even with the growth of new commercial businesses, the ones currently there are a missing a lot of the downtown attention. Fulton Street spans approximately seven blocks, and although there is the burst of new businesses on each opposite corner, there is almost little to no foot traffic in between those two distant points. Walking down Fulton Street starting from a store like Root, you feel within a block as though you have been transported into a whole different community. These businesses, the ones that have been there for decades, are primarily Hispanic, with Mexican supermarkets and quiceñera stores lined up one-by-one. Yet these businesses have not received a similar influx in commercial attraction as the other stores have, leaving them on the outskirts of the remodeling project. A majority of these businesses struggled during the almost 20-month long project while the street had to be closed off for construction. What is the point of remodeling downtown if the people that already have businesses are going to just lose more customers?

In the downtown area, there is a clear racial division between those that live in downtown Fresno versus those in the North. Although 60% of Fresno’s North is made up of white individuals, the downtown area is 61-66% Hispanic and only approximately 12% White, demonstrating that this minority community is going to be affected more strongly.

Gentrification is not a new issue –– it has occurred for several decades in all parts of California, especially more recently in Oakland and San Francisco. The Mission District in San Francisco, in particular, is a great example as to a sudden “fascination” with Latino culture; but constructing new lucrative commercial businesses only takes away from the already existing economy generated by the Latino population. The reconstruction of Fulton Street is proof that gentrification could be an issue that might begin to develop elsewhere in the Central Valley, rather than being limited to California’s major cities.

It is easy to believe that what has happened in downtown Fresno is a failure to revitalize the downtown economy, and that downtown will return to the same problem that has plagued Fresno for the past few decades. Even after the 6 months that the new Fulton St. has been open for, there remain 18 vacant storefronts on Fulton St. right now. Although revitalization projects will not change the entire landscape of downtown Fresno in the span of one day, it should make people consider whether or not this downtown revitalization will even achieve its intention of economic growth. This project might just end up taking money and resources away from already existing businesses, end up ruining their businesses, and fail as an overall project.

Kicking out minority communities has not started to happen yet, but a growth in expensive commercial businesses, a bypass of already existing businesses led by minority communities, and rising rent prices are all strong precursors pointing to the fact that gentrification might soon be an issue Fresno has to face. It is important for the community of Fresno to go to the downtown area to support these brand new businesses that took a financial risk in moving to an area that takes some work. But, people should go to downtown and love it for what it is; they should support the new community that is coming in but continue to embrace the culture that already exists.