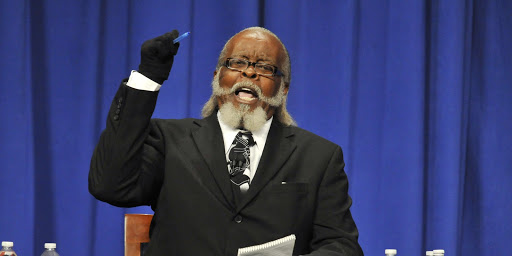 If you don’t know who Jimmy McMillan is, you’re missing out. McMillan is the founder and currently one of three members of The Rent Is Too Damn High Party, where he ran as a gubernatorial candidate in New York in 2010. At the gubernatorial debate that year, McMillan was then quoted on live television shouting, “The rent is too damn high!” emphasizing his party’s clearly diversified platform. Commence the meme-ry which resulted in a spike in McMillan’s fame and a short-lived time in the limelight. But while McMillan’s message may not seem to ring with a sense of credibility or seriousness, the central argument is one that cannot be ignored for much longer.

The reality of New York, Berkeley, San Francisco, Los Angeles, Chicago, and other large urban metropolitan areas is that the rent really is too damn high. But as more and more citizens formulate action plans and interest in this topic, the idea of rent control becomes more and more ubiquitous in the calls for action. As such, the issue now becomes a mass population of misinformed voters who believe in an outdated and empirically proven to fail policy measure that will not only do nothing but will undoubtedly make the housing crisis worse. The detriments include several salient factors, including the fact of deterring further economic and housing development while worsening the living conditions that these low-income neighborhoods can ill afford to occupy.

Before we dive into this issue, however, some historical context may be necessary. The history of rent regulation (which does not necessarily include rent control) came about in 1943 vis-a-vis wage and price controls, but rent controls weren’t specifically enacted until FDR’s Emergency Price Control Act (EPCA) which was then allowed to expire in 1947. From there, it became up to the states or municipalities to enact their own rent control policies that would prohibit building owners to raise the rent on their properties, or the rent of an area to exceed a predetermined limit. All of these policies were in response to two different economic occurrences, the first of which was the housing shortage, where residents in certain areas were having a hard time finding even a basic place to live. The second occurrence came as an effect of the shortage, which was a massive price surge in these areas. Theoretically, rent control proponents are correct in believing that these prices would eventually stabilize as housing was made more available and affordable to the public and the market would seek to correct itself by having more housing developments in these areas. However, as we find over time, rent control becomes a large economic disincentive that only makes the supply crunch much worse.

Rent Wars: The Empirical Strikes Back

On paper, rent control seems to make sense. Restricting the rental rates in certain areas to guarantee that affordable housing is available to tenants who need it is intuitively what many of us would agree is a good thing. However, behavioral economics tells a very different story as to why rent control may fail. O’Hare, an advocate who has seen and examined the shortcomings of rent control, explains that there is a very clear principle that he uses when examining situations like the housing crisis, which is that “…people will find a way/look for ways to undermine the prohibition that you put in place.” And this is not a sentiment that rings false, as we have seen with alcohol prohibition that led to an era of bootlegging and gun laws that have actually increased gun purchases. The general attitude of Americans seems to be fundamentally fixated in thwarting whatever government restriction is thrown at them, regardless of how beneficial it is for the public good. As long as humans are fundamentally self-motivated to their own advantage, the practice of public policy cannot adequately protect those in need by prohibiting those in power.

So what do building owners who want to undermine rent control laws do? Taking the case of Los Angeles, we can see that building owners start to deteriorate their buildings as it costs too much to upkeep relative to the amount of rent that they are getting. The most extreme case being the 1977 arsons where building owners burnt their own assets to the ground because the insurance was worth more than the rent being collected. Worse still, while the available stock of housing plummets to become inhospitable to even the most desperate of citizens, those who are holding out for the hope of new housing units coming to the area will be sorely disappointed. Because rent control essentially caps how much profit can be made from the property, developers are less likely to invest in the area and build more housing units.  To this point, O’Hare points to Cambridge, Massachusetts, a city where rent control was only instituted on existing housing, meaning that new housing units did not have to follow such regulations. However, O’Hare points out that there are specifically two reasons that this did not work. The first is that, while it had a specific rent control to existing housing, it was still rent control, which immediately made it less attractive than Cambridge’s surrounding burrows as it became indicative of a volatile and unstable housing market. Second, the policy showed that if Cambridge was willing to pass this form of rent control, there was now an associated risk that they pass rent control in the future. And since the surrounding areas were much more attractive investment opportunities, they opted to not invest within Cambridge, which made the low-income residents of Cambridge even more desperate for housing.

So What Happens Now?

Yes, the story of Cambridge sounds cold and calculated, but the reality of American capitalism is that profit is necessary for businesses to run and honestly, no one wants the government as a landlord. Short of a successful Marxist revolution, there is absolutely no reason to believe that the fundamental economic fabric of the housing market will change. Prices, and thereby rent, are set at a market equilibrium between the available supply of housing and the demand by that area’s residents. To artificially cap that price makes it so the market is unable to properly function, meaning both the suppliers of housing and the potential residents both suffer. Especially in areas like Berkeley, the general mentality of the people seems to be that the available housing is enough and that there needs to be some government intervention in order to maintain both the small college town charm and the needs of the residents, but you cannot have both. The enrollment data from the university already shows a 17.3% increase of new transfer and first-year students from 2015 alone. The real change for Berkeley has to be to change the general attitude of keeping our town from urbanizing and condensing. Don’t think this is a problem? BPR’s own Molly Kraus reported last October that a Berkeley resident brought a zucchini to the public comment forum to emphasize how the taller buildings would cast a shadow over her garden and prevent her from growing her oh-so-important zucchinis. And so residents look for alternatives like rent control when new housing projects are shut down due to these silly excuses.

However, the only plausible solution to the housing crisis has to be that we need to build more housing which speaks to a basic economic solution: when there is a supply shortage or a pricing mismatch, you either lower the demand or raise the supply. And since the demand for housing is not going away anytime soon, it seems logical that the next step would be to increase the supply of housing. When you increase the available supply, the price of that commodity will naturally have to decrease. More competition exists so those units start to go for lower and lower prices in order for them to be filled in order for them to undercut the competition. I want to be clear that I don’t believe this to be a “market solution” or the “market correcting itself.” Rather, what the municipal governments in areas like Berkeley need to be doing is to incentivize developers to come to these areas and either expand on existing housing or create new units like they did in cities like New York or London. But this is where we can trace the very root cause of the issue for why the housing crisis exists. The current residents of these urban areas are averse to change in their geographical landscape that the low-income residents who share their neighborhood and space are being pushed out and made transient. In such situations, the calculus could not be more clear. There’s no math, there’s no hard thinking. The aesthetic value of a neighborhood should be incalculably irrelevant to the safety, well-being, and permanence of those of us who call these cities home.

Published in Interviews and United States