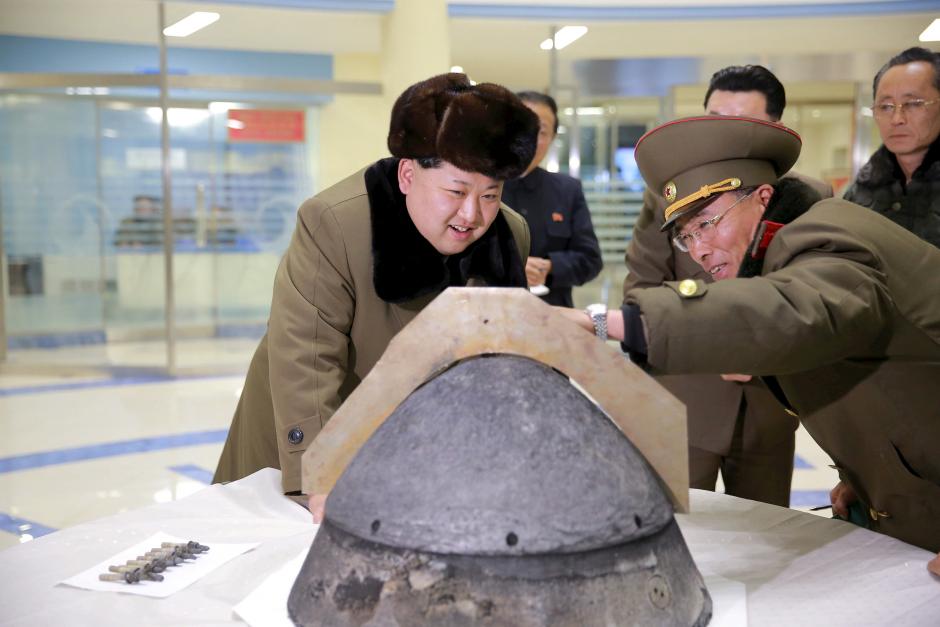 Sanctions: A Foreign Policy Tool, or a Political One?

It seems as though news stories regarding the “harshest ever” sanctions against countries such as North Korea are ever-present in our news cycle. However, the impacts of such sanctions remain unclear — seldom is there a headline championing the results. In other words, despite “crippling” sanctions, North Korea continues to develop its nuclear program and test ballistic missiles.

If sanctions generally do not result in a change in the target country’s behavior, why are they such a popular foreign policy tool in the US?

Sanctions are primarily economic, but also political and military “penalties that target a state or entity, designed to change its behavior in a particular way.” The US now uses sanctions in order to discourage the proliferation of nuclear and ballistic missiles, deter and ultimately stop state sponsorship of terrorism, promote human rights, and protect the environment, etc.

Some theorists offer an even broader conceptualization of the success of sanctions as a symbolic, political tool, rather than a substantive instrument foreign policy. For the US, imposing economic sanctions upon other countries seems to have a higher impact on satisfying the political desires of its domestic base and maintaining its international credibility on certain issue areas than on affecting the specific result they are explicitly designed to achieve.

The overall tactical purpose of sanctions can serve to deter, coerce, punish, or signal. Generalizing about the effectiveness of sanctions, however, necessarily depends on one’s definition of “effective.” Theoretically, sanctions are explicitly supposed to work by imposing some kind of pain or punishment on a country, often times the regime in power, which then alters the target’s policies and behavior in a way that complies with the sender’s demands and interests.

For example, as part of the UN Security Council, the US has voted to approve nine different rounds of sanctions on North Korea since its first nuclear test in 2006. Among these sanctions includes a ban on the trade of arms and military equipment, transport vehicles, industrial machinery and metals, bans on the import of certain luxury goods, bans on the export of coal, minerals, food and agricultural products, caps on oil and refined petroleum products, etc. The US has also passed sanctions unilaterally, which allows the US Treasury more power to block North Koreans and those who do business on their behalf from accessing the US financial system.

It is clear that these sanctions, for instance, are intended to induce enough economic pressure and hardship on North Korea for it to halt, or at least diminish in some significant way, its nuclear program. More specifically, these sanctions are designed to increase the costs of the DPRK’s nuclear pursuits and jeopardize the survival of Kim Jong-un’s regime to convince him to denuclearize.

They haven’t seemed to work. In part, this is because of the lack of an international enforcement mechanism. Even if there was one, the majority of experts agree that sanctions, separated from external, circumstantial pressures and wider policies, rarely achieve the explicit change they are implemented for. It is hard to get multiple countries to participate in such agreements. Additionally, sanctions are often times less effective when imposed against authoritarian states, such as North Korea. For North Korea, US sanctions are hardly a surprise — there is little left to target with future ones. Kim Jong-un subordinates the priority of providing aid and support to an impoverished and starving people to developing a nuclear capability, which he views as essential to his regime’s survival. In the DPRK, Kim Jong-un and other ruling elites are insulated from the hardships and economic effects that sanctions have on the people. As long as elites are able to evade the costs of such sanctions, it seems they will not coerce North Korea into halting the development of nuclear missiles.

Yet, the US just passed a new round of sanctions anyway. The new round of sanctions, as discussed above, targets the ability of North Koreans to do business with international markets. This is done specifically to target those elites who try to avoid the economic detriment of previously imposed sanctions. Essentially, the executive order allows sanctions on Chinese entities, putting those entities that do business with the US at risk of significant financial costs. In other words, this is an attempt to limit China’s ability to enable North Korean power elites from evading sanctions — a problem that in part stems from the lack of an enforcement mechanism and China’s lack of political motivation to participate in such sanctions on North Korea. The impacts of these sanctions at the moment are unclear, but Kim Jong-un shows no signs of halting his nuclear program.

The US has certain international commitments and ideals it needs to uphold, and therefore, when nations such as Russia or North Korea display objectionable behaviors, the US cannot be seen as simply do anything. For example, since the Cold War, the United States has been a world leader of efforts to stop the spread of nuclear weapons and secure nuclear material. In April of 2009, President Barack Obama revived attention for this issue area, making it a focus of his international agenda. Not long after, the US and Russia replaced the Strategic Arms Reduction Treaty (START) with another arms reduction treaty, which took effect in 2011. The greater point here is that sanctions seem to be a higher effect on maintaining the US’s international image than on coercing a nation into complying with its interests. They can offer what seems to be a proportional response when a non-vital challenge to US interests arises — the US can officially condemn the actions of certain countries.

Sanctions can also be then considered a political tool for elected officials to quell the concerns of domestic groups. On one hand, the US has had a commitment upholding non-proliferation since the Cold War. In this sense, passing sanctions is an expressive, symbolic tool meant demonstrate US interests and maintain the US’s international credibility. Polling data on public opinion regarding foreign nations is particularly revealing. The Pew Research Center found, in October, approximately 75 percent of Americans thought that North Korea’s nuclear program was a “major threat” but that only 33 percent of Americans support military actions to stop it. In addition to this, the Pew Research center found that merely 39 percent of Americans have confidence in Trump’s ability to handle the North Korea situation. Public opinion about North Korea — namely, domestic pressures for some sort of action, an opposition to military intervention, combined with overall distrust of the temperamental Trump administration — seems to have outlined a political path for action regarding North Korea: sanctions. In light of this, it is clear why sanctions are often viewed as a good middle ground between doing nothing, ineffective diplomacy, and costly military intervention.

Regardless of whether the intent of the US government is to use sanctions to change a particular target country’s behavior, maintain the US’s international image, or satisfy satisfaction its domestic political base, it seems the latter is the primary result of passing sanctions.