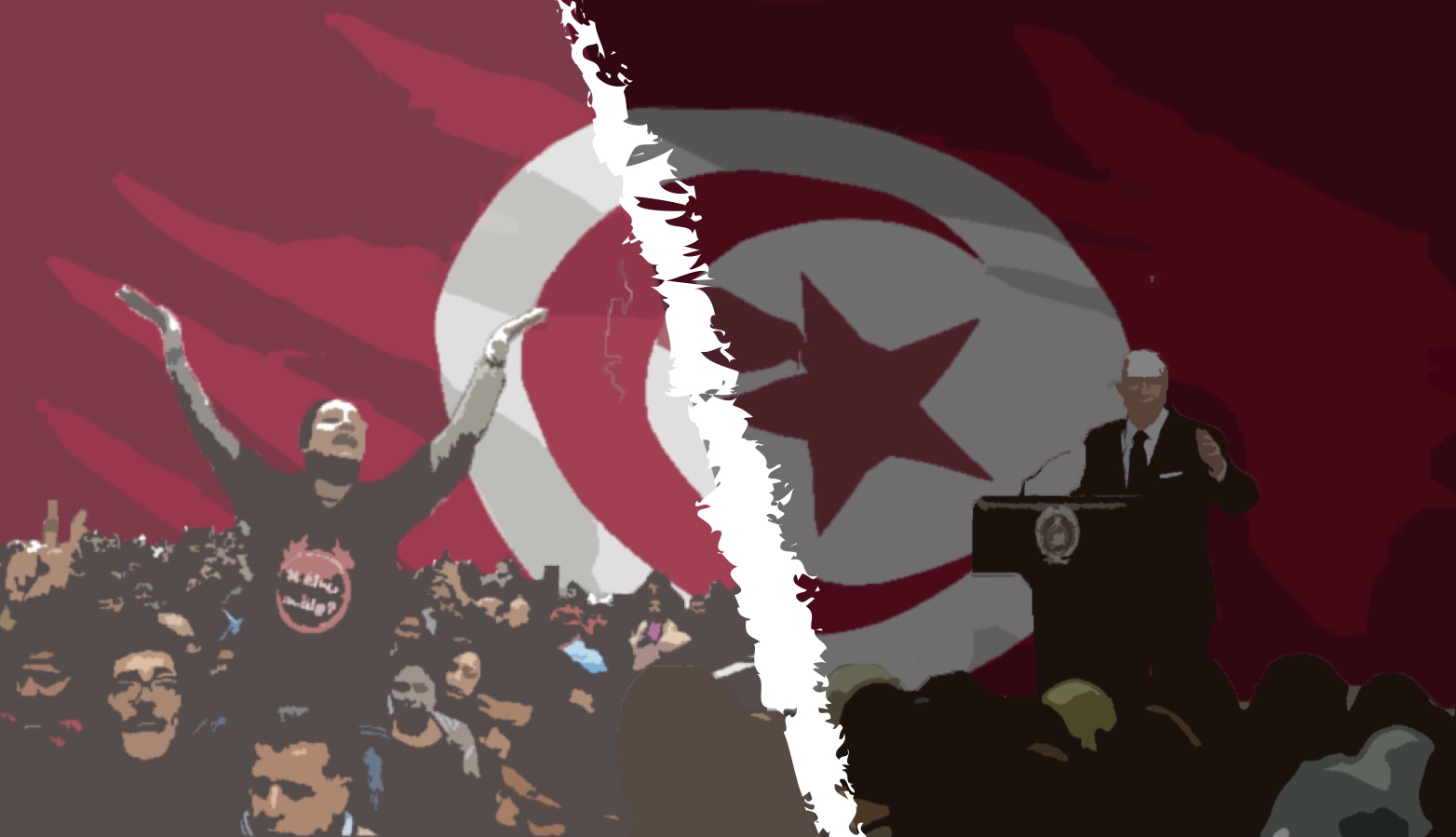 December 17, 2010 is a date Tunisians will never forget. Mohamed Bouazizi, a local resident of Sidi Bouzid was going about his day selling produce on the street corner when a police officer approached him. The officer claimed Bouazizi did not have a license to sell and seized his scale. Infuriated by the poor economic conditions that had affected him (and many other Tunisians) for years, he began to plead his case—only to receive a slap across the face from the policewoman. Although police brutality is a common occurrence in Tunisia, the event was too much for Bouazizi. He proceeded to the city hall, covered himself in gasoline, and lit himself on fire, desperately screaming, “how could you expect me to make a living?” For the next month, people all over the country participated in mass protests and violent demonstrations, voicing the same sentiment as Mohamed Bouazizi.

People felt his frustration; unemployment rates were as high as 50% for college graduates and families were struggling to provide for their children. Tunisians were agitated by the political corruption and embezzlement of then-president Zine El Abidine Ben Ali and his wife Leila. The people were simply fed up with the struggling economy and wanted personal liberties that were restricted from them, such as the freedom to voice their opposition to the president. Finally, on January 14, 2011, President Ben Ali and his family fled to Saudi Arabia, marking the first time in history an Arab dictator was overthrown by his own people.  Scholars from around the globe claimed that Tunisia was the success story of the Arab Spring, with Freedom House labeling Tunisia as the only free country in the Arab World. It seemed as though Tunisia was on the brink of prosperity. However, it is now 2018 and once again, there have been widespread protests throughout the country.

Considering that this year saw new uprisings, one must ask if the revolution that Bouazizi triggered was a waste. Following the revolution, voters elected Ennahda (a Muslim political party led by Rached Ghannouchi) into power through democratic elections. However, after an Ennahda affiliate assassinated two liberal leaders, many began to question the authenticity of the party; others feared that having a religious government would ultimately hinder democracy. This caused Ennahda to step down from power and in 2014, Beji Caid Essebsi was elected. Since Ben Ali was ousted, Tunisia has rewritten its constitution, held democratic elections twice, allowed free speech and a free press, given women more property rights, the right to marry non-Muslim men, and passed laws protecting women from violence.

All of these changes point towards social progress. However, Tunisia’s fight for prosperity is far from complete. Tunisia’s democracy remains immature and needs some reform. Political corruption is a large issue, especially since many of Ben Ali’s government officials are still in power. Acts of fraud are at an all-time high in Tunisian institutions, ranging from bribery to theft. With little fear of police following the revolution, crime has dramatically increased, with rising drug crime and burglary rates. As one Tunisian resident put it, “Before the revolution, there was 1 Ben Ali and 11 million Tunisians; now, there are 11 million Ben Alis.” The political party system is still largely unorganized, with over 100 official parties and factions within each of those. Politicians often change parties every few years out of desperation for change, creating a large conflict of interest.

But perhaps the biggest issue that remains is poor economic conditions—the main cause of the revolution. The unemployment rate continues to rise and wealth is becoming concentrated among the richest members of society. Furthermore, according to cultural anthropologist Dr. Lawrence Michalak, 54% of Tunisia’s commerce is informal, usually carried out on the black market; also, 15% of the country’s GDP is spent on administrative salaries. One of Tunisia’s main historical sources of GDP has been tourism, however, due to terrorist attacks in recent years, the tourism industry has suffered tremendously, and the country has gone into debt and has been forced to borrow. Many Tunisians have fled to Europe to escape these economic conditions, while others have joined ISIS. In fact, “between 6,000 and 7,000 Tunisians have left the small North African country to fight for the self-proclaimed caliphate.” The reality is that the Tunisian economy has been so poor for some families that they resort to joining to ISIS in order to gain economic stability, security, and shelter—three aspects of Tunisian life that are virtually nonexistent for many. To add insult to injury, the Tunisian government has increased the prices of imports and domestic goods through taxation, sparking the current wave of protests.

The existing problems in Tunisia have many questioning the value of the revolution. Some even claim that living under the corruption of Ben Ali would have been better for the Tunisian people. However, one must realize that socioeconomic problems do not nullify progress. Democratic elections, freedom of speech, and individual liberties are means to achieving a better economy and decreasing corruption. In other words: the revolution was still successful, even if there are still issues to address.

The path towards resolving political and economic issues remains complex, in part due to Tunisia’s recent history. French colonization from 1881 to 1956 set Tunisia back and has impeded its ability to create rapid socioeconomic change. The social structures that are currently in place have been shaped by colonization, and changing these structures is no simple task. As discussed, one of the remaining issues is widespread corruption. One possible way to address this is through modernization of public services. Tunisia needs to advance technologically in the way public services are provided. Much of the work being performed in city halls, police stations, government buildings, hospitals, and banks is done verbally or with paper. The government needs to start utilizing computers and more modern technology in public settings to decrease corruption. Another major obstacle is unemployment and the struggling economy. The only way to address this is through redeveloping the tourism industry. The police need to be incentivized financially to provide top-notch security within the country so that tourists will feel safe coming back to Tunisia. With both of these changes, Tunisia can move further along its road to democracy and prosperity.

One Tunisian citizen cried during the revolution in 2011, “harimna”, indicating his belief that the Tunisian people have grown old and weak from political corruption that has gone on since the time of colonization. This same sentiment was echoed by another Tunisian, who in 2017 cried, “What do we need democracy for? What is democracy? I want to be able to feed my family. The government is selfish and does not care about us.” For the Tunisian people, simply obtaining a stable economy with a corruption-free government would constitute a democracy.