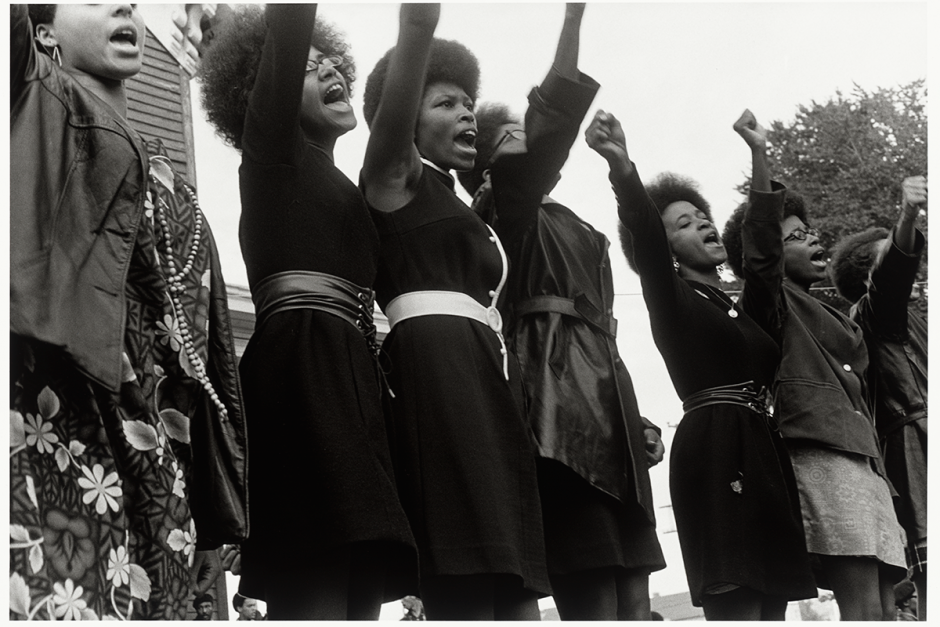 How to Win in 2018: Recognize the Plight and Power of Black Womxn

The stage is set, and the stakes are high — 82% of the country’s total legislative seats are up for grabs in November. Encroaching upon a juncture flush with politically auspicious prospects for the factions in government, the Democratic Party is scrambling to rally its base. Anyone keeping an eye on identity-based voter data knows black womxn play a significant role in this base. This was reified when exit polls showed 98% of registered black womxn cast ballots for Democrat Doug Jones in last year’s Alabama Senate race. Many political strategists postulated that high black voter turnout would be necessary for Democrats to counter Alabama’s vast, deeply Republican white electorate. Considering Jones won by a margin of only 1.5%, and that the 10 top-Democratic districts constituted higher black populations, it’s safe to say his victory was dependent upon black voters.

So astounding was blacks’ electoral initiative that the losing candidate, Republican Roy Moore, literally couldn’t believe it and cried voter fraud. Moore reported that the amount of ballots cast in precincts throughout Jefferson County (43% black) were irregularly high, but in fact, they mirrored turnout rates of previous election years. What seems much more likely is that black womxn are mobilizing en masse amidst the normalization of a president who, amongst other well-known gross injustices, remains the ringmaster of the Barack Obama “birther” defamation.

Unfortunately, this sort of bigotry does not occur as independent acts but comes within a larger political atmosphere exclusionary of black womxn since this nation’s founding. This is a result of the compounding oppressions from patriarchy and white supremacy they experience, generating a political climate hostile to black womxn.  Although it is seductive to believe we have come so far, barriers persist largely due to racially-motivated voter suppression laws, sexual misconduct by government officials, and felon disenfranchisement. These power imbalances position black womxn in a very different reality than those who can harken back to some “great” era in history.

But last November, a collection of black womxn officials, activists, and community leaders authored a letter to the Democratic Party accusing executives of exactly that — taking them for granted.  Their message was clear: we want more power and recognition within the party we have been avidly, unanimously supporting. The signees, who included state and national legislators like D-CA Barbara Lee, expressed that influential black womxn across the country have been arduously pushing for progressive change in absence of support from the Party infrastructure. They called for a meeting between prominent black womxn leaders and Democratic Party officials to strategize how they can better address the needs of black womxn. Their resolution was rooted in a resounding concept: integrate us into decision-making positions. Come February 2018, despite Perez’s acceptance, no news of such a meeting has surfaced.

Meanwhile, research reveals the abysmal quality of life for black womxn. Black womxn are 243% more likely to die in childbirth than white women. Higher income or education wouldn’t offer relief, as a black college-educated mother is more susceptible than a white womxn without a high school diploma. They experience the brunt of wage inequality, with many other womxn outearning them. Moreover, 80% of black womxn are the breadwinners of their family while simultaneously caring for children, or managing childcare, in the only nation in the OECD that offers no paid parental leave. Outside of Native Americans, black womxn experience higher poverty rates than all other men and women. Healthcare, incarceration, employment opportunities — all additional areas where black women experience higher rates of suffering.

Unsurprisingly, research continues to show that the presence of black womxn in government is paltry. While black womxn comprise 7.4% of the population and 7.8% of the electorate, they represent only 3.6% of Congress. Only 11 black womxn have ever held statewide elected executive offices in 10 states. The cited study notes their voices are the most likely to be overlooked in governmental policy-making and that they confront more hurdles when it comes to fundraising for campaigns.

Berkeley resident Trinette Washington, a black veteran and single mother of four, said she believes “black women are the strongest species in America.” She may be right because none of this has stopped black womxn from actuating change to improve their own conditions, as well as their fellow citizens. Grassroots endeavors spawned by black womxn in recent years confront issues from reproductive justice (a term they coined in 1994) to immigrant rights. Those able to break into government use their platform to engage varied communities of voters and constituents. The tidal wave of justice looms large with over 400 black womxn running for office this year.

The Democratic Party promulgates itself as civil rights vanguards. Its website proclaims: “For decades, Democrats have stood with the African American community in the struggle for equality and the enduring struggle to perfect our nation itself.”  However, the kinship between the two is neither long-lived nor sturdy.

The Democrats were constantly playing a balancing act of courting black Americans, while not upsetting Southern white legislators and constituents. Blacks were barred from Democratic meetings until the Civil Rights movement forced them to cease being explicitly racist. President Johnson’s reluctant passage of the Voting Rights Act in 1964 was a moment of courage for Democrats, but such moments are rare and fleeting. The first glimpses of black womxn within the Party framework required black womxn to fight the Party establishment and carve out space for themselves.

In his 1964 “The Ballot or the Bullet” speech, Malcolm X called out the party. At a time of Democratic majority control, he asked the hypothetical Black listener: “Why, the Democrats have got the government sewed up, and you’re the one who sewed it up for them. And what have they given you for it”?

It seems a fair question for black womxn of the day, who have voted for Democrats in the 90 percent range during the last five presidential elections. Signs of stray became evident as one study found that their belief that the Party best represents their needs dropped by 10% from 2016 to 2017; with a simultaneous rise in the belief that no political party represents them. Black voters have unwaveringly held the highest number of registered voters and ballots cast among racial minorities. While both of these electoral measures have been on the rise since the 1980s, 2016 saw a seven percent plummet in turnout. Comparatively, white voter turnout increased by one percent despite a preceding 12-year-long decline.

A panoptic view of the Democratic Party evinces much greater problems: scandals, debt, and dubious financial ties are par for the course. In the concurrent internal rivalry between Hillary-esque entrenched elites and those seeking inclusionary reform, the former scored a win in last year’s California Democratic Chair race when career Democrat Eric Bauman bested Kimberly Ellis, a black womxn activist well-revered as “the most powerful, unelected person in California Democratic politics.”

If Democrats wish to upend the trend of black political disenchantment and regain a modicum of credibility, they should address the issues that matter to black womxn the most: affordable healthcare and criminal justice. Other important areas include quality public education and living wage jobs. A 2016 Gallup poll revealed the majority of these concerns are shared by all Americans.  Contrary to popular conception, pursuing the support of black voters need not come at the expense of white voters. After blowing a trillion dollar hole in the budget with their tax plan, Congressional Republicans are now looking to cut social services — their professed end-game all along. Democrats should run on these issues that unite voting blocs. While low-income whites justly feel anxiety in an increasingly competitive world; Democrats should not let them eclipse the conversations that happen along the campaign trail.

“Black people have begged, prayed, petitioned, demonstrated, and everything else to get the racist power structure of America to right the wrongs which have historically been perpetuated against black people The time has come for black people to arm themselves against this terror before it is too late.”

Clearly, black America’s determination and ingenuity in liberation movements shows they could very well decide to work without and, consequently,  against Democrats. Community advocate Cheryl Sudduth’s campaign for the California 15th State Assembly District election, nominally Democratic but functionally Independent in a race riddled with Democrats, is one way black womxn today are taking the reins unescorted by the Party establishment. On what distinguishes her campaign, Sudduth said:

“I am here to be  LA VOZ DE LA GENTE (The Voice of the People). While others tout so-called progressivism, true social reform and bold change doesn’t happen until the players in the system change and the ideology by which the system addresses our most pressing issues changes to reflect innovative — even radical — approaches to meeting the public need, rather than continuing to follow stale career politicians.”

Iniquitous atrocities persist no matter which party is in power; the best way to combat them is by allowing black womxn to lead the discussions regarding their own futures and liberation. Decision-making institutions, whose purported aims are equality, must extend a hand to the countless black womxn fervently working in isolation. Democrats better get their story straight; tepidness has no footing in 2018 and black womxn have heard “thank you” enough. Perez makes allusions to embracing diversity and improvement, but there is not much to show for this thus far other than ingratiating quotes. Importantly, change has always come from the victims of oppression wrestling for it, rather than it being granted by elites on a generous whim. Irrespective of the Democrat’s actions, black womxn’s gumption has moved them from the benches to the playing field this election year. The ball is in your court, Democrats.