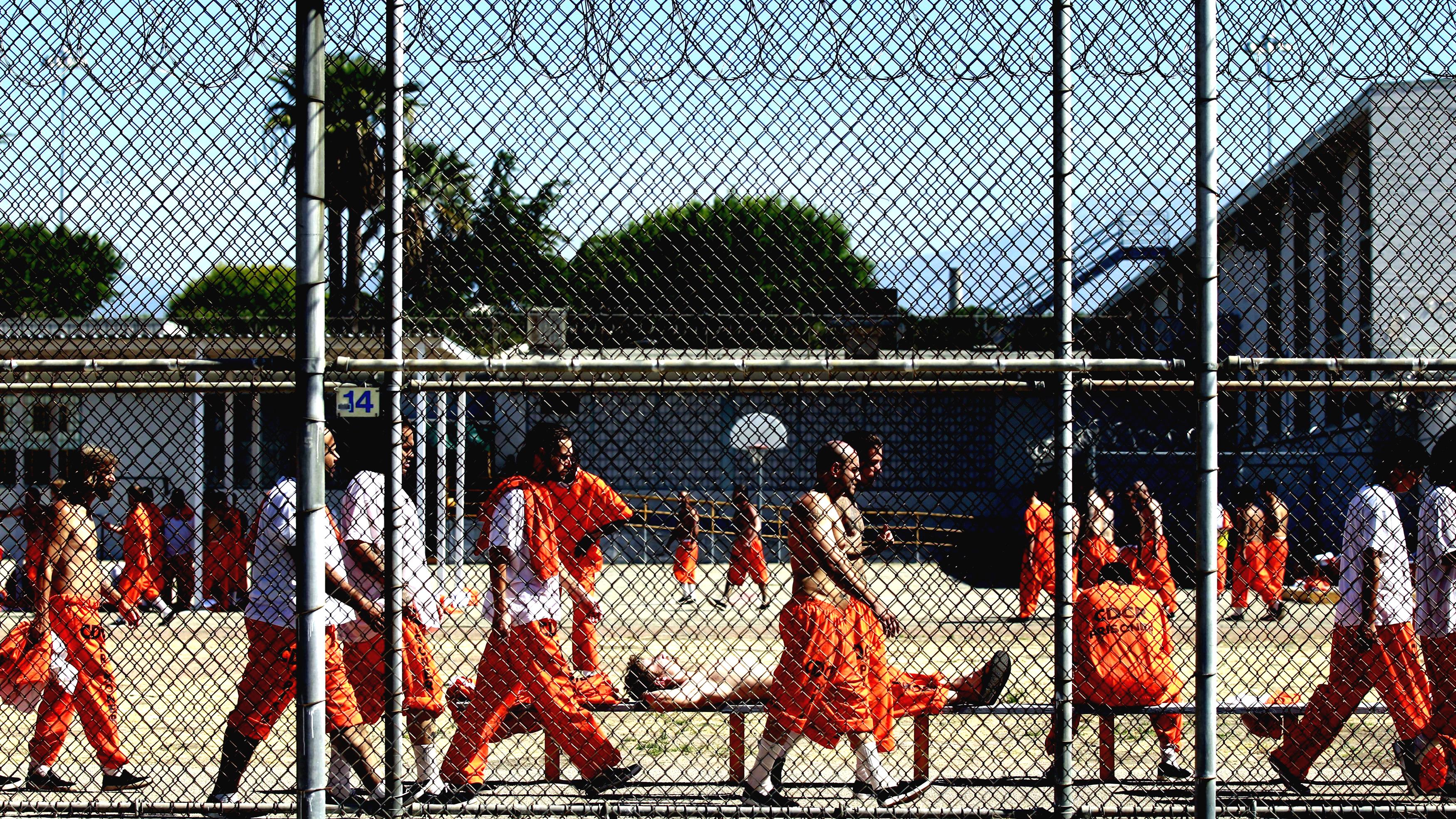 To many of California’s economically struggling and politically isolated rural residents, prisons are welcome additions to their communities. Former New York Corrections Commissioner Thomas Coughlin claimed, “Prisons are… the anchor of development,” in a 1990 Newsweek interview. “People [in the Valley] for a very long time have felt a sense that we don’t matter,” argued James Gallagher, a former state assemblyman for the rural 3rd district, in a New York Times interview.

Surprisingly, a large number of rural Americans, especially residents of California’s Central Valley region, advocate for the expansion of state and federal correctional institutions right into their own neighborhoods in the hope that these facilities will bring economic development and political importance to their communities. While an understandable goal, the growth of California’s prison industry is altogether receding, and reliance on the penal system is largely an unsuitable alternative to protracted, sustainable development in the Central Valley.

Only around 17% of Californians live in the Central Valley, yet the region hosts 16 of the state’s 34 prisons. These correctional facilities are massively funded, eating up almost 9% of the state’s budget in 2017, nearly double the funding allocated to higher education. California recently joined a nationwide club of eleven states, mostly in the American South, that spends more tax dollars per prisoner than they do per college student. As of 2017, there are eight more state prisons than there are state universities. In the words of former Education Secretary John B. King Jr., “Budgets reflect our values… and our nation’s priorities should be revisited.” There is a reason that California prioritizes prisons over schools, and much of it involves the economics and politics of the state’s huge, rural Central Valley region.

California’s penal history was unremarkable until 1970 when Congress passed the Comprehensive Drug Abuse Prevention and Control Act, which classified marijuana and cocaine as illegal substances of the highest and second highest orders respectively. The following year, President Nixon triggered nationwide hysteria by declaring drug abuse to be “public enemy number one” of the American people, citing everything from heroin addiction rates among Vietnam veterans to increased marijuana use by high school students. California eagerly joined the feverish War on Drugs by pioneering tough crime legislation, such as the infamous “Three Strikes” law, which resulted in a life sentence for hundreds of nonviolent drug offenders until the law was amended in 2012 through Proposition 36. This law and others, including long and inflexible sentencing minimums for possession, fueled the massive growth of California’s prisons.

23 new correctional facilities were built in California, mostly in the Central Valley, between 1980 and 2000, and the state’s incarcerated population skyrocketed by 500% in the same period. The overinflated criminalization of drug abuse is a prime suspect to blame for this development, especially considering that violent and property crime more than halved during this period. The fact that the Central Valley hosted most of the prisons built during the heyday of prison expansion in California was not a point of injustice, but rather reflected the will of its constituents.

Valley voters were generally supportive of several key “tough on crime” laws that bolstered the prison industry in its expansion. In fact, poll results concerning the 1994 “Three Strikes” law revealed that the majority of voters in each Central Valley county supported the law. Additionally, opposition to Proposition 36, a measure that prevented nonviolent offenders from receiving life sentences, was concentrated overwhelmingly in the Valley. Rural dedication to the California prison industry during the War on Drugs was largely sustained in collaboration with the state Republican Party. Republican crime policy is historically strict, as Nixon, Reagan, and Bush maintained and expanded harsh drug abuse and other nonviolent crime laws in public campaigns to crack down on crime. Even today, California Republicans often oppose measures to slow mass incarceration in the state. And since Republicans consistently outnumber Democrats in almost all Central Valley counties, residents’ efforts to maintain the prison industry are substantial.

Beyond party loyalty, many Valley residents believe that prisons are economically beneficial to their communities. However, a retrospective study on this subject found that from 1964 to 1994, the presence of a prison in an average rural town slowed the growth of its income per capita, employment rate, and median wage. There are many theories as to why this is the case, yet it is undoubtedly related to the significant costs of prison construction. For example, Avenal State Prison, built in 1987 in a small California town of the same name, cost the city $136 million, excluding the accompanying improvements made to the area’s police forces, infrastructure, and social services. And unlike the construction costs, these sizable external expenses were not subsidized by the state.

The 2010 Census painted a dim picture of this town since the prison’s construction. About 30% of its population lives in poverty, its growth rate is negative, and its prison is now the most overcrowded in the state, housing about 7,500 inmates in a facility designed for 3,000 or less. Many Avenal residents solicited the facility’s construction starting in 1983, dreaming of the town’s prospects, and despite the prison’s definitive economic failure; many locals still speak fondly of it.

Prisons in the Valley also fail to jumpstart local economies because potential correctional officers must undergo training at one of the three correctional officer training complexes in California, none of which are in rural areas. The demand for officers is also much greater in urban areas, especially in Southern California where 62% of convictions in the entire state are performed. Because of training, rural residents must leave their towns for metropolitan centers and because of demand and will likely find work in urban prisons rather than in the rural communities they left behind.

Central Valley residents often echo former Assemblyman Gallagher’s sentiment that the Valley is politically irrelevant to California as a whole. Correctional facilities are seen by many rural voters as a means to a greater political voice in a state government increasingly influenced by prosperous coastal metropolises. Since prisons are often unwelcome by urban voters, rural counties have no problem accepting what they perceive as an economic foundation. In this seemingly small way, rural voters are able to express their interests in a state where they are often overlooked and politically dominated by Democratic urban residents.

Even in the face of rural opposition, however, the prison system in California is losing steam. The drug-based overcrowding of brand new prisons that characterized the War on Drugs is only a memory as criminal law in California loosens. Most notably, the recent legalization of recreational marijuana will reduce criminal convictions by thousands of individuals annually, and those already incarcerated for such crimes may receive early releases. The dilution of the “Three Strikes” law and the elimination of many nonviolent sentencing minimums also signal the beginning of the end for prison growth in California. State crime rates for violent offenses have reached historic lows in conjunction with the newfound leniency of nonviolent crime legislation.

Prisons often represent desperate attempts by rural areas to pull them away from the reality of economic stagnation and political irrelevance — the Central Valley is no exception. Rural areas of California face a dilemma in deciding where best to place their bets, but prisons are a dangerous option. Rather than scurry for at best, a short-term, and at worst, a disastrous, investment, the Valley would benefit greatly from focusing on steady, reliable growth. Central Valley residents must overcome the prodding of party loyalty, the misguided promise of economic improvement, and the desire for political empowerment that fuels prison construction and instead focus on smarter, long-term investments that encourage development and progress for all of the Valley’s citizens.