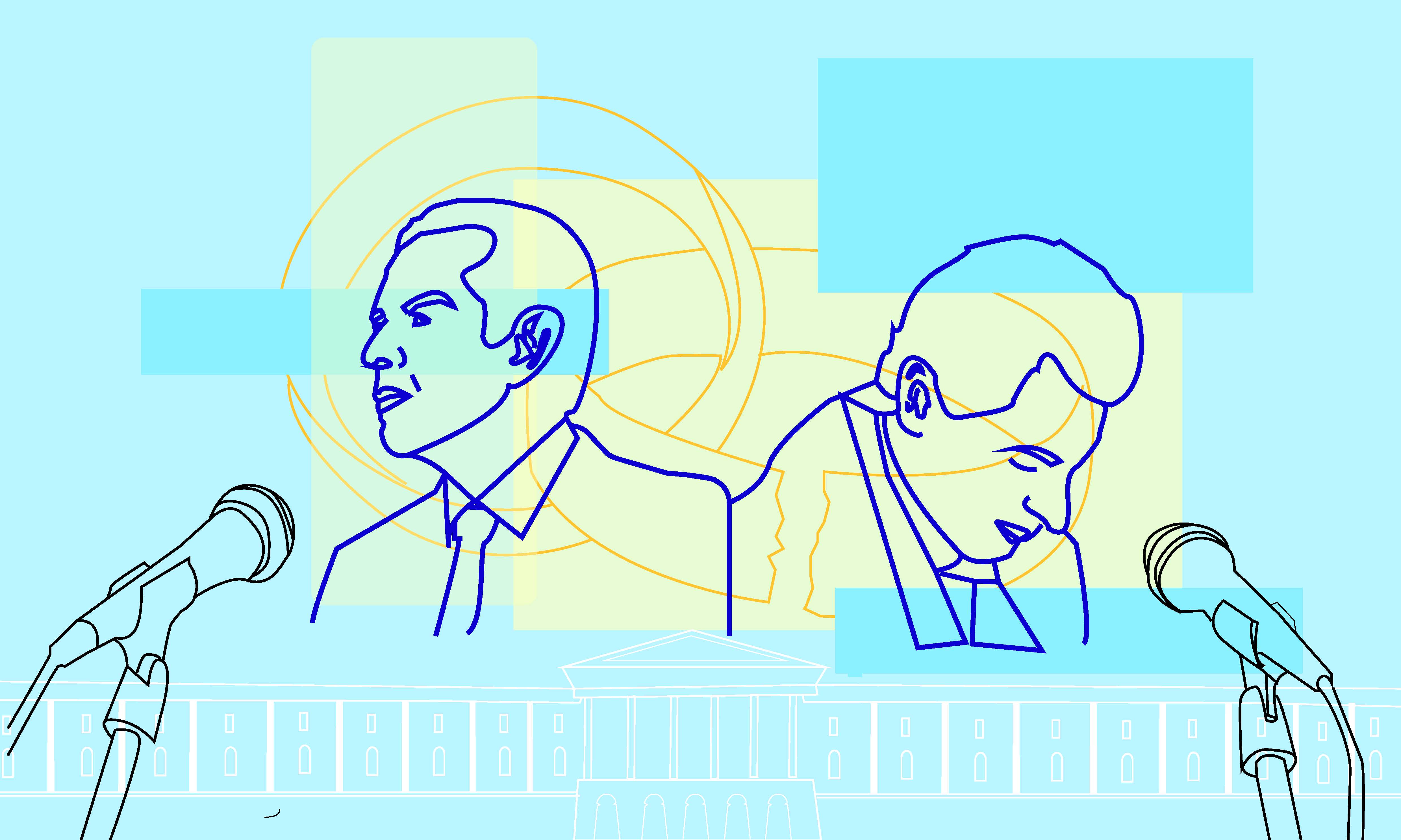 This One’s For the Boys (and their Sexual Transgressions)

A woman known by the public as Grace went out with Aziz Ansari last September on what is now the most controversial date of the 21st century. Ansari repeatedly pushed sex on her and failed to recognize, or chose to ignore, her attempts to express her discomfort. She ended up walking out. No, he did not sexually assault her, and many were confused as to why Ansari got caught up in the #MeToo movement in the first place. But, at the same time, Grace did not publish a story that might have ruined Ansari’s career solely because she was “disappointed” with a sexual experience. Rather, she felt violated and wanted to speak out about the incident as countless other women have. In fact, this dismissive attitude distracts from the bigger issue: this behavior happens all the time. Countless men, especially those with power, have forced women into sexual situations that make them uncomfortable. Our culture tells men they should be having as much sex as possible and that it is acceptable to push women until they, reluctantly, agree. This culture has especially manifested itself in California. Several men, and some women, in Hollywood and the State’s Capitol have been accused of sexual assault and misconduct. Many careers have been ruined, but two have managed to remain intact. Gavin Newsom and Antonio Villaraigosa both had extramarital affairs that have recently been revisited in the context of the #MeToo movement. This behavior had previously threatened to end their political careers, yet one of these men is likely to be elected governor of California this fall.

Both Newsom and Villaraigosa, the two frontrunners in California’s 2018 gubernatorial race, have had at least one damaging extramarital affair. Newsom claims his relationship was consensual, yet he slept with a subordinate. With a workplace relationship that has such a large disparity in power dynamics, one has to question if true consent is even possible. Additionally, the woman in the affair was married to one of Newsom’s top aides and formerly a good friend, which is ethically unsound in itself. Villaraigosa, on the other hand, has admitted to two extramarital affairs. Many have suggested that voters forgave both candidates, as these were “one-off” incidents. However, it is not clear that Villaraigosa has learned his lesson. After how many affairs should we begin to question his character or whether he is really capable of respecting women? This behavior could have ended the candidates’ careers years ago, and some argue any sexual transgression should disqualify anyone from holding public office. Yet Newsom and Villaraigosa still command a strong lead in the race for governor.

So far, Newsom and Villaraigosa have managed to mitigate the damage their extramarital affairs could have done to their campaigns. Both candidates currently have top advisors and strategists on their campaign teams that used to work closely with the other. These advisors know the darkest details of each affair. Thus, attacking the other candidate about their affair will backfire significantly. Both are likely keeping quiet and are trying to keep any mention of the affairs out of the headlines. Additionally, it seems that voters have accepted the men’s apologies, as they believe Newsom and Villaraigosa have learned from their mistakes and proven themselves to be strong leaders.

Both candidates have worked to strengthen their holds on the lead by supporting the #MeToo movement. Newsom applauded the women who have come forward and spoke out against the culture of “toxic masculinity” plaguing California, even though he directly contributed to that exact culture. Villaraigosa also expressed his support for the movement and has said it is important to include women from all lines of work in discussions about workplace sexual harassment. Villaraigosa presents himself as a “family man.” But just because he has a happy marriage and two children, should we give him a pass on past sexual transgressions? Perhaps not, but their lukewarm support for the movement they have been personally caught up in has only bolstered their campaigns.

Noticeably, there is a dearth of women running for governor. Furthermore, these men already have a strong backing. Both Newsom and Villaraigosa are high-profile men who have established themselves well in California politics. They have greater connections and superior financial support, in part because they are men. As Christine Pelosi, chairwoman of the California Democratic Party Women’s Caucus, noted, “Women don’t give [donations] to women candidates, and men don’t vote for women candidates.” Thus, the women candidates, who are less well-known, have a much harder time garnering the same support even in light of Newsom’s and Villaraigosa’s past sexual transgressions.

So why does it matter if one of these men wins the election? Newsom and Villaraigosa have been forgiven, they have done great work for other minority communities, and they have recognized the importance of women’s rights. However, neither candidate has much of a track record pushing for women’s issues while in office. Additionally, neither of these men include these issues in their lists of key campaign issues. Newsom even has the nerve to rely on his wife, Jennifer Siebel Newsom, and her work with feminist issues and sexual harassment to prove he is a champion of women’s rights. But that is not good enough. These men have not proven that, if elected, they will push for change. It is not clear that we can trust them to alter the culture of “toxic masculinity” when they have personally taken part in it.

If we want to see women’s issues advanced in California, we need women in power, not more men contributing to the existing culture. Issues specific to women are far more likely to be brought up and advanced by women, and sexual harassment has disproportionately impacted women. Despite all the traction the #MeToo movement has gained, women candidates are still “running at the margins”. One of the female candidates, Delaine Eastin, is only polling at four percent, women account for solely 26 out of 120 state legislators, and no woman has ever been governor of California. This is especially striking as California attempts to spearhead social change for a variety of other issues. However, Amanda Renteria, a former Hillary Clinton aide, filed her paperwork to run for governor in early February. While many are skeptical that Renteria will be elected, she is giving women an additional chance to win the race. She is only increasing the chances that progress on women’s issues will gain serious traction in the future. If we want to see change, we need more women in power. We will not make progress on changing the culture around sexual harassment if we elect the men who create the problem.