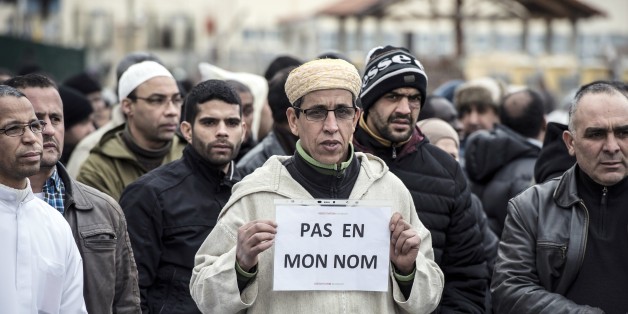 Terrorism in Context: the Stigmatization of Islam in France

With growing religious tensions in France regarding Islamism and the threat of terrorism, the stigmatization of Islam is a significant concern for the stability of France. Central to this discussion is the rising rate of Muslim conversions in France. Maia de la Baume’s article “More in France Are Turning to Islam, Challenging a Nation’s Idea of Itself”describes how these Islamic converts threaten the future of France. This is not the first time that the New York Times has published pieces that stigmatize Muslims in the West. Mass media has repeatedly drawn represented Islam in France as systematically linked to terrorism.With the rise of the far-right in France and the seclusion of Muslims and the amalgams relating Islam and terrorism, French and international media outlets should be very careful as to not encourage this perception of Islam in the context of terrorists’ threats. The related stigmatization of Islam and terrorism in France encourages the marginalization of Muslims and an anxiety that may lead to extreme political positions in France.

Olivier Roy, a French specialist of Islam, explains that these ‘Islamic’ terrorists are not themselves anchored in the Islamic religion. In fact, the problem of ‘Islamic’ terrorism does absolutely not lie in Islam, but in terrorists’ fascination with jihad. Religion is used as a means of justifying their violent actions. As such, they ought to be represented as extremists first as opposed to being identified as ‘just another’ Muslim. One of the main motivators of their extremism emerges as a result of the social isolation they endure. Olivier Roy’s explanations refute the article’s claim that Islamic conversion represents a threat to terrorism in France. Indeed, the article holds that “converts ‘often need to overdo it if they want to be accepted’ as Muslims, and so veer into extremism more frequently than others”. Religious radicalization must be distinguished from jihadist/militant radicalization. As Roy explains, “those radicalized people are driven by sociological and psychological reasons rather than real religious convictions”. The path toward terrorism in the name of Islam is therefore driven by personal life stories and their interpretations as well as their motivation for “others’ suffering”. The article’s misleading suggestion that converts increase the threat of terrorism further contributes to isolation and stigmatization of Muslims in France.

The article furthers this relationship between Muslims and terrorism which is perpetuated in the mainstream media especially through, for instance, the sentence; “But there is rising anxiety here about the influence of Islam, especially conservative Salafist Islam”. Effectively, the author links in the same sentence Islam and Salafist Islam which are very distinct forms of Islam. First, the lack of explanation of Islamic terms, such as “Salafist” in the article (but also in the media in general) foster the misuse of terms which can amalgamate the two to an uninformed reader. In fact, the term “Salafi” is used to denote those who follow the example of the companions of the prophet and can be either non-violent or violent. In the media in general, the term Salafism is mainly used to depict the literalist, extreme and violent approach of Salafists to Islam. Neither converting to Islam makes one a Salafist, nor does being a Salafist entail believing that violent acts of terror further the cause of the religion. The lack of definition of Islamic terms in this article in particular and in media coverages, in general, sustains the amalgams between violent jihadist dynamics and the Muslim population in France.

As such, this stigmatization of Islam in the media encourages the anxiety among the French population, and thereby, the marginalization of Muslim people in France. Political extremism feeds itself by the media’s creation of a fearful perception of Islam in France and amalgams made in media coverages. These narratives permit the far-right political extremism to justify its policies of fear and anti-immigration. When a part of the population listens to these Islamic stigmatizations sustained on the mainstream media, their fear of terrorism and Islam emerges more intensively. The far-right narrative of the Front National party in France nourishes itself of these fears and intensifies them in sustaining these orientalist discourses. In fact, they justify their anti-immigration policies on the association the media has produced between terrorism and Islam. This rise of the far-right with the Front National was demonstrated during the French Presidential election campaign of 2017. While the Front National Candidate Marine Le Pen was not elected as President in May 2017, her considerable popularity in the first round of voting evidenced this rising populist fervor of an ultra-secular France without immigration and foreign integration. This perpetuated narrative of the Front National is used by some French people to justify racism and Islamophobia. While terrorist attacks have increased since 2015, the far-right fed itself of these attacks to justify their policies.

Maia de la Baume blankly states that “French anti-terrorism officials have been warning for years that converts represent a critical element of the terrorist threat in Europe because they have Western passports and do not stand out”. In fact, it is commonly assumed that the terrorist threat comes from the Middle East, whereas the deadly terrorist attacks in France, such as the November 2015 attacks in Paris or the Charlie Hebdo attacks in January 2015, were perpetrated by people possessing French citizenship or European citizenship. The causal relationship assumed through the fact that “they have Western passports and do not stand out” is discriminatory toward Islamic refugees from the Middle East, and raises the complex and tensed question of immigration in France. Proposals for closing French borders and maximally restricting immigration depend on this assumption.

The non-stigmatization of Islam and Muslims in the context of terrorism is a process that needs to be first undertaken in the media. As this article demonstrates that amalgams in this concern are easily created, one must be vigilant and draw distinctions of the Islamic terms used. This vigilance is extremely fundamental in avoiding the further division and seclusion of the Muslim population in France, as well as the rise of political extremes such as the French far-right, which progressively gains popularity in this context of terrorism. Ultimately, terrorism perpetrated by people who define themselves as Muslim does not define Islam, nor does it have any connection to Islam.