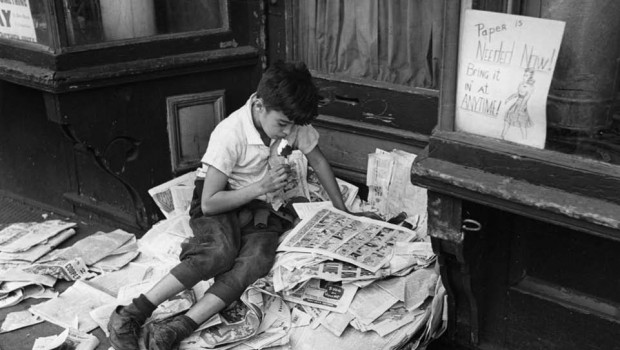 The president and the press are entrenched in a strenuous game of cat and mouse. It’s a trial of wits in which each president seeks to promote their version of factual truths to the populace without interference from the press. This media avoidance has been practiced throughout history in notable ways:  Franklin D. Roosevelt’s fireside chats, Eisenhower’s pioneering of televised chats and his creation of the White House TV Studio, and Reagan’s prime-time news conferences, to name a few. Each of these attempts to sidestep the press involves an embrace of new media developments to ensure a more direct channel of communication between the president and the populace— presidents want people to hear it directly from them, not the press.

While the president tries to shake all communicative constraints by avoiding the filtering of his message through the press, the populace is restricted to the role of consuming whatever little information they get directly from the president. But a clear change is underway with President Trump’s choice of Twitter as his weapon for media avoidance— this embrace of new technology and Trump’s particular use of it empowers the public by facilitating political communication through broad-based social media culture. Still, the shift in relative power is not without its faults, as the new game being played diminishes the traditional role of the press in ways that are harmful to democracy.

Explaining the evolving pattern in the creation of political meaning requires a look at the prior trends that have typically defined the process. The traditional news media have long been considered the harbingers of a functioning democracy, entrusted with the sacred mission of holding politicians accountable and enlightening the masses with the necessary information to meaningfully contribute to political decisions. This is often called the “watchdog” role of journalism, which involves fact-checking, specialized reporting on specific issues, and investigative journalism. The most prominent example of this is the role that newspapers played in reporting on the Watergate scandal, but a more recent example is the coverage of Obama’s national security policies.

The press’ truth-seeking process involves filtering the messages that those in power put out. Within this exists a dynamic that grants creative political power to the president and the press, but withholds such agency from the public who are meant to consume the prefigured messages presented to them. Evidently, the president and the press may use this power to try and sway the masses towards accepting an intended meaning or agenda.

On the whole, the pursuit of media avoidance has been redundant as the press has still effectively filtered each president’s message. This is clear in the case of FDR’s fireside chats, the goal of which was to directly reassure the public of his decisions in the midst of national crises. Publications like Time still condensed and framed his radio expositions, reporting, for instance, on FDR’s tenth fireside, and intercepting the direct nature of the president’s communication. But Trump has instigated a shift in this trend, successfully breaking the chain of futile attempts by utilizing Twitter to avoid the press. The reasons for this success can be traced to both the structural features of Twitter as a platform and Trump’s persona.

As a social media platform, Twitter encourages the public consuming the content to also take on the role of producing it. Publishers and readers, producers and consumers are no longer distinct groups; rather, everyone can be both. Functions of direct replying, quote tweeting, and the composition of original tweets are features that empower the public to construct their own meaning without being wholly reliant only on those offered by Trump and the press. As a result, the relative power of the press is diminished as the masses now feel more entitled to dismiss the intentions put forth by traditional media outlets in favor of their own. On top of the reallocation of power is Twitter’s enforced minimalism— it imposes a 280 character limit per tweet that encourages a condensed, blunt form of communication, making the press less necessary for the understanding of political commentary.

Here it may seem reasonable to defend the relevance of the press by turning to their fact-checking ability, as some may consider this a way for the press to continue exercising their traditional watchdog role. Yet though the press may indeed fact-check a tweet, the weight that this holds is fully dependent on the public’s acceptance of their findings. But that prospect isn’t incredibly bright— a poll conducted by Quinnipiac University in January 2017 finds that 57% of respondents think most members of the news media are dishonest and a survey on trust in institutions conducted by communications firm Edelman demonstrates an overall decline in media trust, regardless of party affiliation. This trend toward distrust feeds into the diminished power of the press and the ever-growing power of the public on social media.

While Twitter itself has certainly opened many of the doors necessary for Trump’s successful sidestep, the president himself has played a major role in facilitating it as well. In particular, he embodies a brash authenticity in his running commentary on the platform— his account reads like a virtual stream of consciousness as he tweets with no apparent reservations, and this sort of “telling it like it is” can be taken by the public as evidence that Trump isn’t afraid to speak the truth. Moreover, his persistent use of the term “fake news” encourages indulgence in confirmation bias, the phenomenon of people only believing what they want to believe. His knack for brazenly emulating authenticity combined with his dismissal of the press has greatly contributed to his successful media avoidance.

The implications of the diminished role of the press are numerous, but perhaps most prominent is the proliferation of media echo chambers. In the realm of social media, individuals are easily shut off from the variety of perspectives relevant to the grander scheme of American politics. In these impervious echo chambers, people are able to exclusively create and consume the content that they want to hear. Misinformation can run amok more potently than ever before, and the idealistic vision of democracy as a fruitful public forum starts to become distant reality. Thus the new power of the public garnered through Trump’s use of Twitter comes at a cost: the loss of the watchdog and the rise of communicative disarray.