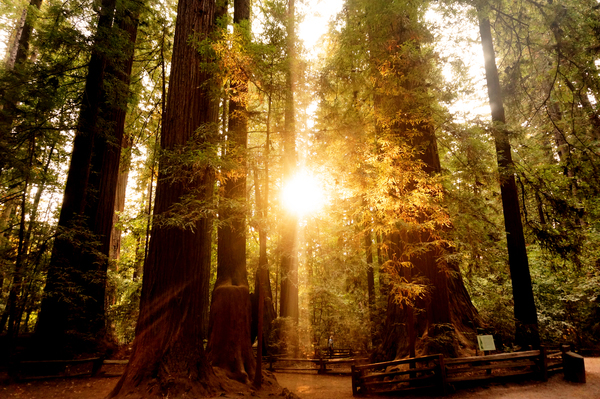 In the wake of an environmentally-hostile federal administration, California has all but been crowned the sustainable savior of the United States, largely due to its long history of climate change policy and strong rhetoric of the state’s leaders at present. The state has been set up as something of a resistance leader, meant to guide other like-minded states and localities throughout our nation toward a greener future; but how deserving are we of this reputation, and how prepared are we to take on this daunting mantle?

California has earned this status thus far through pushing ambitious policies that have set the standard for others. Most prominent among them has been AB 32, which mandated that the state revert back to 1990 levels of greenhouse gas emissions by the year 2020. The legislation garnered national attention when it was passed in 2006 for putting into effect the largest cap-and-trade system in the nation and was recently extended through 2030 via AB 398, which passed through the legislature this past year with the vehement support of Gov. Brown. This recent bill even went as far to acknowledge California’s reputation as a harbinger for progressive environmental policy, declaring that the state “has long been a national and international leader on energy conservation and environmental stewardship efforts,” and revealing that California’s current body of policymakers see themselves as at the forefront of the movement.

This is not a new trend in the state’s policymaking priorities, however. California has been making political waves for quite some time by advocating for stronger internal environmental regulations than those mandated by the federal government. One notable example was the exemption given to the state under the 1970’s Clean Air Act, which allowed California to substitute its own stricter standards in place of those set forth at the national level. The Act itself is meant to regulate the overall fuel efficiency of car manufacturers’ entire fleets, as the entire body of cars sold by the manufacturer at any given time must meet these standards.

Further, California’s more stringent standards for fuel efficiency have been adopted by 15 other states, making the policy something of a pioneer in the field. Even before the fight for an exemption to the 1970’s Clean Air Act, leaders in the state were prioritizing the environment within their actions. The predecessor to the California Environmental Protection Agency was first established in 1961 by Gov. Edmund Gerald Brown Sr. (D), although the agency would not come into its current form until 1991 under Gov. Pete Wilson (R). The agency houses vital attempts within the state to combat climate change through programs like the California Air Resources Board, which now oversees the cap and trade program instituted by AB 32, and thus monitors the state’s emission levels.

A good example of the important sustainable work that has earned California its reputation as the environmentally-conscious darling of the United States is this formative work of Gov. Jerry Brown. His personal agency initiatives, alongside measures from the legislature that he has signed into law, show a staunch dedication to the environment throughout his storied political career that his successor must be sure to emulate. The initiative of Gov. Brown to push California’s environmental policies further than any of his predecessors has been emblematic of the state’s approach to combating climate change. Brown is perhaps most notable for his adamant enforcement of AB 32 and additionally expanded his sustainability efforts through multiple executive orders. These tackled pressing environmental topics, ranging from emission standards to energy efficiency.

Although California might not be formally empowered to act as an entirely separate body from the United States in terms of setting a national policy agenda, it holds enough soft power to essentially get away with acting as an independent entity from national goals in a meaningful way. If any state is in a position to act during this time of environmental and political tumult, it would be California; it has been positioned as this savior of sorts due to its long history of sustainable policy initiatives. Further, the state has enough importance and impact to be taken seriously, both as a formidable force within the United States and abroad. Following the decision of the Trump Administration to have the United States exit the Paris Agreement, California, under Gov. Brown lead the charge among states and cities to commit to the standards set forth by the agreement. Alongside the governors from 15 other states, including fellow Co-Chairs Gov. Cuomo of New York (D) and Gov. Inslee of Washington (D), Gov. Brown formed the bipartisan United States Climate Alliance.

This may seem like only a moderate showing of participation, but the power of this group should not be underestimated. With California’s considerable economic power, combined with economic activity of the other states, territories, and cities that have committed to the Alliance, the membership constituted 41% of America’s GDP as of September 2017. Since that time, New Jersey and Maryland have both joined the Alliance, bringing the membership’s contributions up to 46%. Just as important are their emission contributions, which account for over a fourth of the nation’s total. In the Alliance’s 2017 Report, the member states declared their commitment to reduce their emissions to meet the parameters set forth by the Paris Agreement for the entire United States. California’s contributions to this cannot be denied, as it accounts for a considerable amount of the group’s GDP and emissions; further, the leadership of Gov. Brown on this initiative and others is undeniable. He has also done much to put the state in the international spotlight as a leader. In addition to the commitments of the U.S. Climate Alliance to supplement emissions reductions on behalf of the nation, the Governor has taken the initiative to meet with policymakers in China to help them develop a cap and trade program of their own.

While these policies have been instrumental strides toward more sustainable policies overall, the Brown administration has faced criticism for its environmental blind spots. Concerns like these reveal the flaws in Gov. Brown’s approach that prevent the state from truly living up to its reputation. The cap and trade aspects of AB 32 have significantly concentrated emissions, which has proved particularly damaging for marginalized communities that are subject to exposure and has raised concerns about the equity of the policy. Cap and trade often unintentionally targets low-income communities and concentrates emissions within them, creating increased air pollution in those areas and subjecting its residents to negative health effects. It is all well and good for Gov. Brown to tout the undeniable success that California has had as a pioneer of the policy in the country, but that does not mean he should be held up as an unquestioned bastion of sustainable success for the nation. Similarly, the work he has done for the U.S. Climate Alliance is only impressive insofar as it comes to fruition; however, because it is a nonbinding Alliance between states without any proposed accountability measures, only time will tell how truly successful the initiative will be.

Gov. Brown is also notorious for his reluctance to come face to face with the harsh realities of the continued activities of the fracking industry in California and has been harshly critiqued by environmental activists and policymakers alike. Despite the better environmental reputation of natural gas compared to other fossil fuels like coal, fracking poses a number of environmental concerns; these range from chemical pollution, like methane leakage and water contamination, to environmental and land degradation, like the earthquakes caused by the instability created through the practice’s wastewater injections that threaten an already vulnerable California. Furthermore, 59% of California voters oppose offshore drilling. The practice similarly jeopardizes the health of many low-income Californians, as it endangers their water supply and puts it at risk of being contaminated with lead and other harmful chemicals. In a state infamous for its severe droughts and a primary water source that is expected to shrink up to 40% by 2050, it is vital that more policies be put in place to ensure access to clean water.

If California is truly going to continue paving the way in this field, it must do so in a way that does not jeopardize the safety of its most vulnerable communities, and further holds itself accountable to address all strata of environmental issues, not just those that are convenient to its image as a climate leader and economic development. Rhetoric and past legislation alone may not be satisfactory to leave California equipped to address the pressing issue of climate change in a manner that compensates for the federal government’s willful ignorance on the issue. Although California might be painted as the nation’s last hope in combating an environmentally devastating future, wrought by harmful national policies and purposeful climate inaction, doing so effectively will require a much stronger commitment from our leaders than what has been put forth at present. Flashy initiatives and politicized speech might have our policymakers polling well, but the state needs truly substantive policies that hold ourselves and the industry we house accountable while protecting all who reside here. To their credit, many forthcoming leaders in California politics have made attempts to capitalize on this green fever through a mix of vibrant campaign rhetoric and policy proposals.

Both frontrunners to succeed Gov. Brown, Lt. Gov. Gavin Newsom and former Mayor of Los Angeles Antonio Villaraigosa, have laid out their environmental policy goals for the upcoming gubernatorial election later this year. Newsom has outlined ambitious commitments for the state in his electoral platform, espousing 100% renewable energy within the state, expanding public transit efficiency, and zero diesel pollution by 2030, with overarching goals of equity and accountability. However, his plans for achieving these goals are varied in their depth and feasibility. Additionally, Newsom has expressed his desire to increase regulations on fracking but has yet to outright condemn the practice in spite of his apparent support of renewable energy.

Villaraigosa has also put forth an environmental platform in preparation for the election — although it is considerably more scaled back — and prioritizes the interests of businesses through initiatives like updating CEQA standards to expand construction opportunities. He has waxed poetic about his sustainability efforts as Mayor of Los Angeles, and not without cause — his tenure saw a significant rise in renewable energy within the city, and in 2007 he put forth a detailed policy plan entitled Green L.A., meant to reduce the city’s greenhouse gas emissions. However, he has also shown interest in reducing the environmental review processes that businesses are subjected to and has taken money from energy and oil giants like Chevron and PG&E for his campaign. His efforts certainly should not be discarded entirely, but the susceptibility of his policy proposals to corporate interests hinder their potential effectiveness.

If ever there was a time for California’s leaders to step up to the metaphorical plate, it is now. Current rhetoric and proposals surrounding climate change policy are steps in the right direction, but ultimately very few proposals do enough to push California to take on a larger role in sustainable development and lead the fight against climate change within the United States. A majority of voters are on board to be the next leaders of environmental progress, and in turn, are expecting more from their elected representatives. If politicians want to live up to the climate-change rhetoric they so readily espouse to appeal to these sustainable instincts the state has, they would be more than validated by their constituents. Unless our policymakers ramp up their efforts considerably, we are undeserving of our reputation as an environmental resistance leader and are letting the people of California down. Climate policy that really gets at the heart of our environmental problems is not always the most enticing — it may come at a cost to our industry and development in the short term — but it is absolutely vital if the Golden State will ever truly go green.