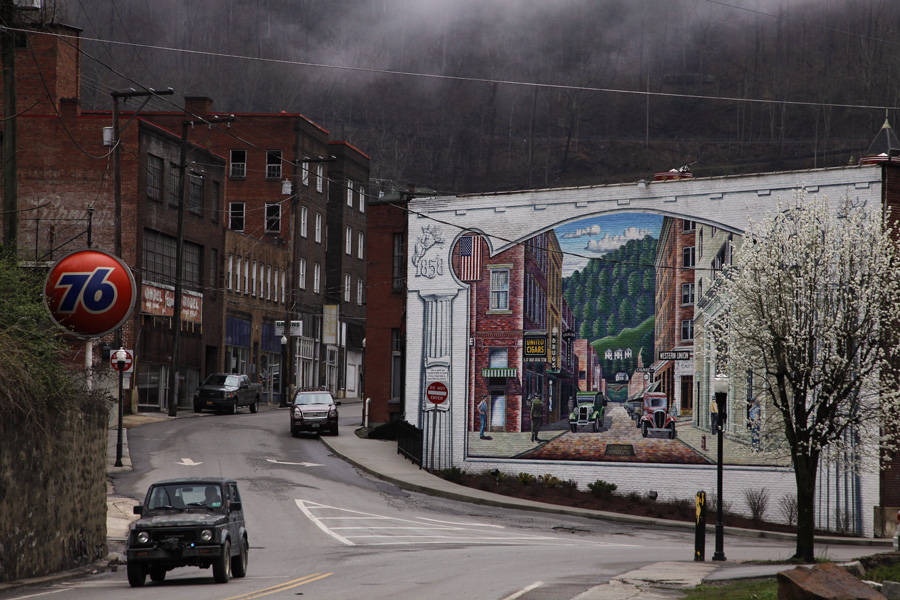 Gassed up: Standoffs, Strikes, and Tension in West Virginia

A couple weeks ago, Lissa Lucas, a Democratic political candidate for the West Virginia House of Delegates, was physically dragged off the House Chambers floor during a Judiciary Committee hearing. Prior to this, Lucas had taken to the podium at the hearing and listed donations that Congresspeople, primarily Republicans, had received from the oil and gas industry. Around a week later, West Virginia teachers began a strike over low teacher pay and benefits that Governor Jim Justice didn’t think would last more than a day, but which ended up lasting over a week, becoming the state ’s longest teacher’s strike in 20 years.What do these two instances of defiance have in common? They both manifest the same frustration felt by residents who face increased cuts to education, healthcare, and public goods by the state government while oil, gas, and mining industries simultaneously get tax cuts disguised as “business incentives.”

Before 2016, West Virginia was known to some as the western part of Virginia, as many people continue to conflate the two states even though West Virginia gained its independence over 150 years ago, and unknown altogether by others. Most national discussion of the state gravitates toward the opioid epidemic. Opioid overdoses are common in most economically depressed areas of the country, but especially so in Appalachia. Indeed, the rate per 100,000 people for drug overdoses in West Virginia is 2.5 times higher than the national average.  Its reputation for being a state of “diseases of despair” is coupled with its reputation for being uneducated and economically destitute. All of these factors played into the negligence of West Virginia by the rest of the country, until the fateful day of November 8, 2016, when voters in West Virginia turned out in droves to vote Donald Trump into office as the 45th President of the United States. The revulsion of metropolitan centers of the country at the outcome of the election led pundits to spend countless hours interviewing its residents, finally recognizing the issues plaguing the state after lending an ear to the “silent majority.”

Although media imagery of West Virginia is anything but rosy, such as this distasteful photo essay put out by Vice, the state once played an integral role in the nation’s economy. Bituminous coal mined primarily in West Virginia was the energy source of choice by the United States from the Industrial Revolution to the late 1960s. Coal mined from the Appalachian mountains was what powered the first light bulbs and fueled the steamships used by industrialized nations in both World Wars. West Virginia played an absolutely indispensable role in the progression of this nation to its current position as the reigning superpower of the world, but many people wouldn’t be able to recognize this fact by taking a glance at the state’s current economy, which ranked as the “worst state for business in 2017” by CNBC.

Despite the plunge in coal mining that has taken place since the 1980s, coal continues to be integral to the lives of many West Virginians, providing 94% of the state’s net electricity generation and being its largest export. Outside of the numbers, the coal industry remains important to many West Virginian families, not only for the income it brings them but also for the cultural heritage it carries with it. It was through coal mining that West Virginia enjoyed its most prosperous years. As a result, many West Virginians have come to identify with coal and other natural resource extraction industries, like oil drilling and the more unpopular practice of fracking. This history partially explains the bold reaction of legislators to Lucas’ exclamations during the House Judiciary Committee hearing. The oil and gas industry in West Virginia is not used to dealing with opposition since many public officials receive a wealth of donations from them. For instance, Lucas’ incumbent opponent in the upcoming midterm election receives almost 40% of his own campaign financing from these industries. Meanwhile, the state’s two Senators, Joe Manchin III (D) and Shelley Capito (R), play crucial roles in assisting the success of the state’s energy companies: the past and present on the Senate Energy and Natural Resources Committee.The issue that Lucas was calling into attention, however, has the potential to garner support across party lines.

The hearing Lucas interrupted was arranged to vote on a bill that would allow companies to drill on mineral owner’s land regardless of their consent, so long as at least ¾ of landowners approved the extraction. For Lucas, this was personal: her grandfather left her land that happened to have a gas well. In an interview with the Washington Post, Lucas claimed that “no one is listening to us in the rural areas,” and added, “Those pipelines will go through your land whether you’re a Republican or Democrat or Libertarian.” Moreover, Republican lawmakers’ resistance to her outrage seems hypocritical given their own partisan stance on eminent domain –– most Republicans have expressly stated that they are against government seizure of private property for public use. The caveat in Lucas’ case is that private companies are the ones doing the seizing. As a result, protests against the bill have been framed as detrimental to business and jobs, two issues that are extremely salient in West Virginia politics.

Currently, about 87% of West Virginia’s state and federal congressional offices are up for election. The most contentious one is Democratic Senator Joe Manchin III seat, challenged by 5 Republicans, one of whom is notorious coal baron, Don Blankenship. Blankenship’s negligence as CEO of Massey Energy coal company led to a disastrous mining explosion in 2010, killing 29 miners. In a state where more than ⅔ of the population voted for Trump, and where Democrats make up less than ⅓ of state and federal congressional offices, 2018 could be a year when West Virginia turns fully red. Historically, however, the state wasn’t always so Republican. West Virginia’s government was predominantly blue following the New Deal Era, and even through the 1980s amidst the rise of Evangelicalism elsewhere in the country. In fact, its longest-serving Senator, Robert C. Byrd, was a Democrat, albeit with a conservative past.

Likewise, the state’s current political activity, the statewide teachers strike, in particular, reflects a potential for Democratic mobilization. It’s no matter of opinion that Republicans are less likely to secure teacher’s votes across the board, since 1990, the National Education Association has contributed over $2,000,000 to the Democratic Party. Furthermore, many focal points of the strike: a pay increase and better benefits, are the bread and butter requests of organized labor across the decades. As if this wasn’t already ripe enough of an opportunity for the Democrats to swoop in, during negotiations with the state legislature, Republican Congresspeople tried to walk back on their deal to raise teacher’s pay to 5%. Since then, however, the teacher’s demands were met, and the strike has ended. Regardless of party representation, one thing is certain; it is high time that West Virginians act as the teachers do and Lucas did: openly defying their governments until they begin working for the people, rather than for industry. To my fellow West Virginians, be valiant and remember, “Montani Semper Liberi; Mountaineers are always free.”

Leila Hooshyar
More from The ReviewMore posts in The Review »